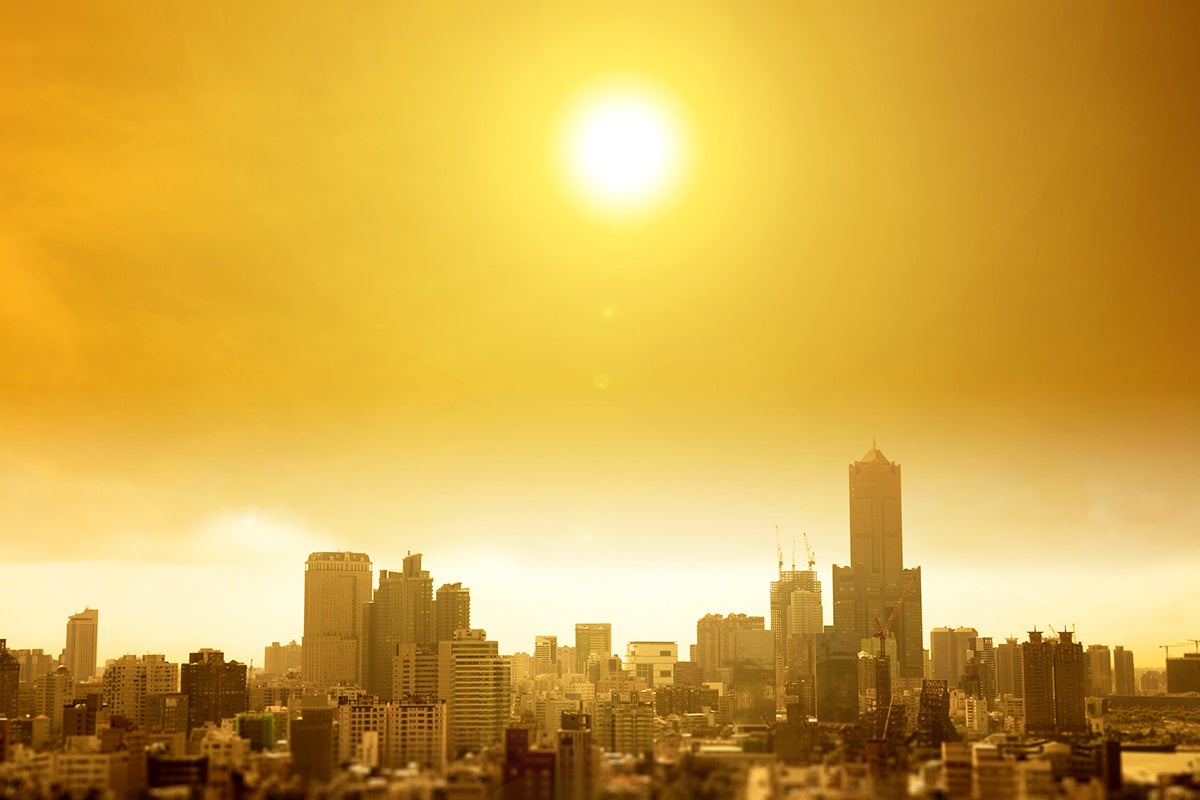 September 2017 was the planet’s fourth warmest September since record keeping began in 1880, said the National Oceanic and Atmospheric Administration’s (NOAA) National Centers for Environmental Information (NCEI) and NASA this week. The only warmer Septembers came during 2015, 2016 and 2014. Minor differences can occur between the NASA and NOAA rankings because of their different techniques for analyzing data-sparse regions such as the Arctic.

(Above) Departure of temperature from average for September 2017, the fourth warmest September for the globe since record keeping began in 1880. Record warmth was observed across parts of central and southern Africa, southern Asia and scattered across the western, northern, and southern Pacific Ocean, the Atlantic Ocean (off the southeastern coast of South America), the Norwegian Sea, Greenland Sea and Barents Sea, and across parts of the Indian Ocean. No land or ocean areas experienced record cold September temperatures. Photo credit: National Centers for Environmental Information (NCEI). 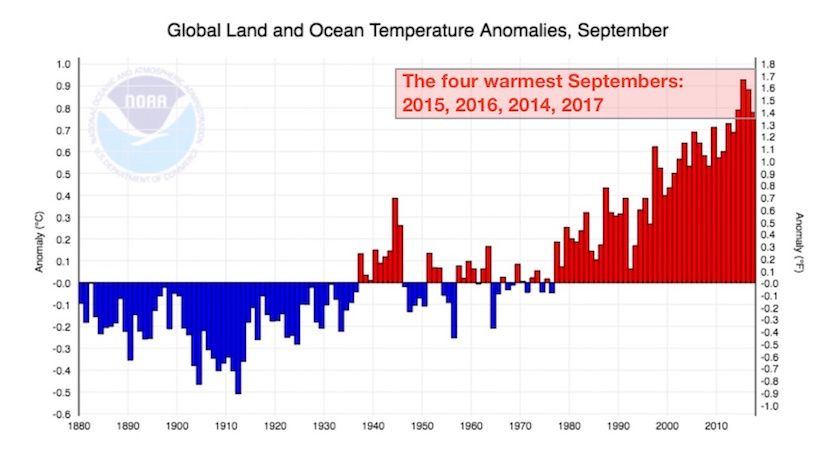 (Above) Departures from the 20th-century global average temperature for September, 1880-2017. The four warmest Septembers on record have all occurred in the last four years. Photo credit: NOAA / NCEI

Each of the first eight months of 2017 have ranked among the top four warmest such months on record, giving 2017 the second highest January–September temperature in the 138-year record: 0.78°C (1.57°F) above the 20th-century average. This is behind the record year of 2016 by 0.13°C (0.24°F). This near-record warmth in 2017 is especially remarkable given the lack of an El Niño event this year. Global temperatures tend to be warmer during El Niño years, when the ocean releases more heat to the atmosphere. Given the lack of an El Niño event in 2017, it is unlikely that we will surpass 2016 as the warmest year on record. However, 2017 is almost certain to be the planet’s warmest year on record that lacks any influence from El Niño, and Earth’s four warmest years of the last century-plus are likely to be 2016, 2017, 2015 and 2014.

In its October 12 monthly advisory, NOAA’s Climate Prediction Center (CPC) stated that neither El Niño nor La Niña conditions were present in the Eastern Pacific (ENSO-neutral conditions existed). Sea surface temperatures (SSTs) in the benchmark Niño 3.4 region (in the equatorial Pacific) were about 0.5°C below average over the past week; SSTs of 0.5°C or more below average in this region are required to be classified as weak La Niña conditions, with the 3-month average SSTs holding at these levels for five consecutive months (with an accompanying La Niña-like atmospheric response). Enhanced east-to-west blowing trade winds are predicted for the west-central Pacific over the next two weeks and these stronger-than-average trade winds will help the progression towards La Niña. NOAA forecasters gave a 55 – 65 percent chance of a La Niña event by winter, similar to the 55 – 60 percent odds given in their previous month’s forecast. 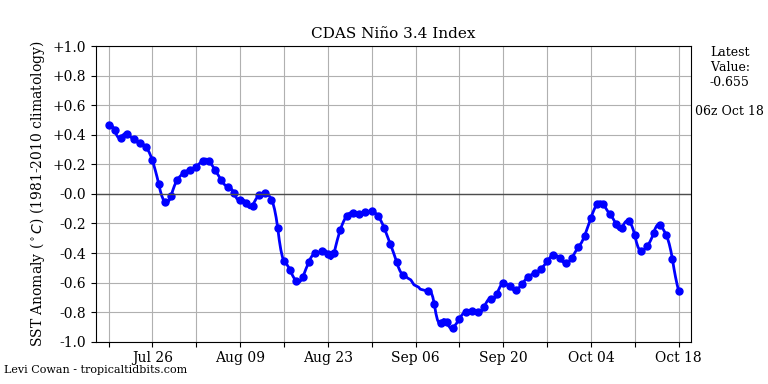 (Above) Sea surface temperatures (SSTs) in the benchmark Niño 3.4 region (in the equatorial Pacific) were oscillating around 0.5°C below average for the first half of October, near the 0.5°C below average threshold for weak La Niña conditions. Photo credit: Levi Cowan, tropicaltidbits.com.

Arctic sea ice extent during September 2017 was the seventh lowest in the 38-year satellite record, according to the National Snow and Ice Data Center (NSIDC). The Arctic was dominated by low pressure and clouds in the summer of 2017. The cyclonic (counterclockwise) winds associated with the stormy pattern also tend to spread out the sea ice. Together, this two influences brought slower ice loss than in the record-low extent years of 2012 and 2007. The Arctic reached its lowest extent for the year on Sept. 13, which was the eighth lowest extent on record. The five lowest Arctic sea ice extents were measured in September 2012, 2007, 2016, 2011 and 2015.

Sea ice surrounding Antarctica had the second lowest extent on record in September 2017 and has been at record- to near-record lows since September 2016. A recent study by John Turner and colleagues links the recent Antarctic sea ice decline to a series of strong storms accompanied by long periods of warm winds from the north. These changing weather conditions are associated with large shifts in the Southern Annual Mode (SAM) index.