Senators Sell out the Public and Then Go on Vacation 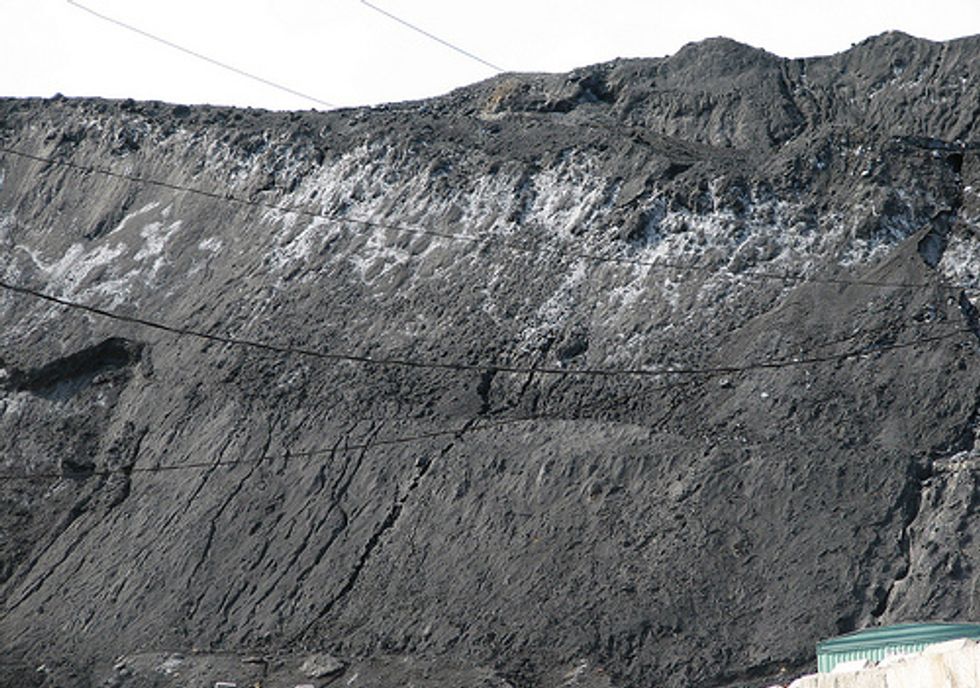 On Aug. 2, 24 Senators demonstrated their obedience to the coal industry by introducing a new bill that permanently blocks the U.S. Environmental Protection Agency (EPA) from regulating toxic coal ash.

By introducing the bill right before the August recess, they hoped that the public wouldn't notice their sycophantic pandering to the coal polluters. Waterkeeper Alliance noticed and thought we would shine the light on just how far they are willing to go to sell out public and environmental health in exchange for more polluting business as usual from one of the most toxic industries in the U.S.

Sens. John Hoeven (R-ND), Kent Conrad (D-ND) and Max Baucus (D-MT) introduced S. 3512, the so-called “Coal Ash Recycling and Oversight Act.” Like putting paint over termite infested wood to hide the flaws and fool someone into buying something rotten to its core, this bill is an amended version of an unsuccessful vehicle that Conrad and Hoeven filed last October. Since they couldn't fool enough people to buy what they were selling 10 months ago, they decided to add a little window dressing to see if they could get any takers. The fresh paint they added is not thick enough to hide the rot that infests the entire 43 pages of the new bill.

Not only does S. 3512 remove the U.S. EPA’s regulatory authority to regulate coal ash, it also does not require polluters to clean up contaminated sites. Never mind that the federal government already spent thousands of dollars promulgating a new coal ash rule, and received hundreds of thousands of public comments from Americans around the country who supported strong federal oversight. "To heck with what the People want," said all 24 Senators who co-sponsored the bill. "We'll just ignore them and do what the coal industry wants." So they wrote a bill that:

This latest bill comes at a time when coal-fired power plants are producing larger volumes of more toxic coal combustion waste than ever before. Coal contains naturally-occurring heavy metals and other pollutants. When it is burned to produce electricity or make steel, these pollutants are released into the air. In order to prevent respiratory illness from smog and forest killing acid rain caused by burning coal without safeguards, the EPA required coal-burning facilities to install air pollution control technology. That new technology created thousands of jobs and resulted in a dramatic reduction of air pollution. Unfortunately, many of these newly-installed systems remove the hazardous pollutants from the air and add them to coal combustion waste ponds, making coal ash much more toxic than ever before.

The new bill ignores the growing toxicity of coal ash. It allows the coal industry to dump coal ash into waste pits that have less control than household garbage. It contains grossly inadequate structural stability standards for the dams that hold the waste, making another Kingston coal ash disaster possible.

The new coal ash bill (S. 3512) contains inadequate structural stability standards for more than 1,000 coal ash dams in the U.S. It doesn't do enough to protect communities or waterways from disasters like this:

Because S. 3512  has no deadlines for state regulation and does not mandate clean up of old leaking coal ash ponds that are currently contaminating water, it is little more than a do-nothing bill. It won't clean up more than 1,000 dirty coal ash ponds all over the U.S. and it won't make future disposal of even more toxic coal ash safe for communities and waterways. The bill is a sham and a giveaway to the coal industry, making it yet another great example of Washington putting the polluters' interests over the people's.

By now, your Senators should be back at home for the August recess. At some point in the next three weeks, they should be available to hear from their constituents. If you are sick and tired of legislators serving the corporations more than they serve the people, now is the time to let them know.

Here is a list of the Senators who co-sponsored the rotten coal ash bill:

Visit EcoWatch's COAL and WATER pages for more related news on this topic.