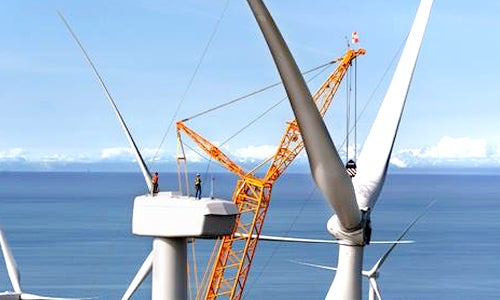 Sen. Chuck Grassley (R-IA) spoke up about the “intellectually dishonest argument” that bubbled to the surface at a Senate Finance Committee hearing on April 3rd.

His remarks were in response to an amendment introduced by Sen. Toomey (R-PA), under the short title “Eliminate crony capitalist energy tax credits,” which proposed to eliminate the renewable energy Production Tax Credit (PTC), as well as credits for renewable fuels, energy efficient appliances, electric motorcycles and fuel cell vehicles. In explaining the amendment, Sen. Toomey declared wind power to be a “politically favored form of energy.”

Senator Grassley gave a powerful response that put energy tax credits in context (the transcript is below the video):

https://www.youtube.com/watch?v=5XMYQZQAlWw in 1992 and when we did it, we knew it was not going to be forever. It’s going to be phased out when it’s a mature industry and it’s getting close to that now. In 2012, the wind energy was the only industry to put forward a phase out plan, but any phase out must be done—get this—in the context of comprehensive tax reform, where all energy tax provisions are on the table. And it should be done responsibly over a few years to provide certainty and ensure a viable industry.”

The Committee later approved, via voice vote, the Expiring Provisions Improvement Reform and Efficiency (EXPIRE) Act of 2014. This bill includes an extension of the renewable energy production tax credit (PTC) and investment tax credit (ITC) which would let wind energy developers qualify for the tax credits if they start construction on their wind projects by the end of 2015.  The next step will be for the EXPIRE Act to move to the Senate floor for consideration.

In the broader picture, the Senate Finance Committee members agree that they wish to address tax reform in a comprehensive fashion, rather than through short-term bills like this one.  Chairman Wyden (D-OR) declared that this consideration of the EXPIRE ACT would be the last time that the Committee works on tax extension provisions.  They plan to pivot to comprehensive tax reform in the future.