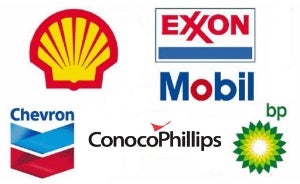 Environment Washington was joined by Pete Mills from Congressman Jim McDermott’s office, Rachel Padgett from Fuse Washington and local activists to call for an end to $44 billion in subsidies to big oil. The groups highlighted the environmental and public health threats—from last year’s massive BP Gulf oil spill to global warming pollution—posed by America’s continued dependence on oil. They also pointed to the enormous profitability of big oil companies. The top five companies have already reported more than $67 billion dollars in profits in the first half of this year.

“It’s time to end subsidies to big oil—a polluting industry with record profits,” said Katrina Rosen with Environment Washington. “We would like to thank Rep. McDermott for his leadership on this issue. And we encourage Senator (Patty) Murray to use her position on the Congressional super committee to end subsidies for big oil now.”

Royal Dutch Shell recently announced second quarter earnings for 2011, reporting profits of $8 billion, a 77 percent jump from the same period a year ago. Exxon recently reported a whopping $10.7 billion in profits for the quarter, or $21.3 billion in the first half of this year—an increase of 54 percent from 2010. One use these companies have found for new funds is increased lobbying, with Exxon increasing lobbying expenditures by 25 percent this past quarter, bringing its total this year to $3 million.

“We simply can’t afford billions in handouts to big oil when Washington families are struggling to get by,” said Padgett. “We need Congress to focus on creating good jobs for the middle class, not padding the profits of oil companies.”

We have strong environmental leaders in Washington State, including Congressman McDermott who sponsored a bill to cut big-oil subsidies and use the money for renewable energy, instead. “With record profits in the midst of otherwise hard economic times, we don’t need to provide big oil companies with extra cash,” said McDermott. “Big oil seems to be doing just fine on their own. If we are going to be serious about moving away from carbon based energy, removing subsidies to the oil giants is a great first step, which is why I have sponsored legislation to do just that and will continue to sponsor legislation to cut unnecessary subsidies to big oil.”

Washington’s Congressional delegation has the opportunity to lead on this important issue. Sen. Murray is a co-chair of the Congressional super committee on deficit reduction, and is in a powerful position to stop wasteful subsidies to oil companies. Murray has voted to end oil subsidies in the past. Earlier this week, 14 U.S. Senators sent a letter to Murray, urging her to cut oil subsidies during the super committee’s negotiations. Washington’s Rep. Adam Smith (WA-9) and Rep. Norm Dicks (WA-6) signed a House version of the letter to the super committee.

Ending subsidies to big oil is only one step in getting America off of its over-dependence on oil. In recent weeks, President Barack Obama unveiled a clean car standard outline that will require cars and light trucks to reach the equivalent of a 54.5 miles-per-gallon (mpg) standard by 2025, and finalized a similar rule for heavy-duty vehicles, including work trucks and buses, through 2018. These combined standards have the potential to reduce our oil dependence by 1.8 million barrels per day by 2030.

“Big oil has been profiting from pollution for far too long,” added Rosen. “We are asking Senator Murray to use the super committee negotiations to stop the practice of handing tax breaks to a polluting industry that already costs us too dearly.”