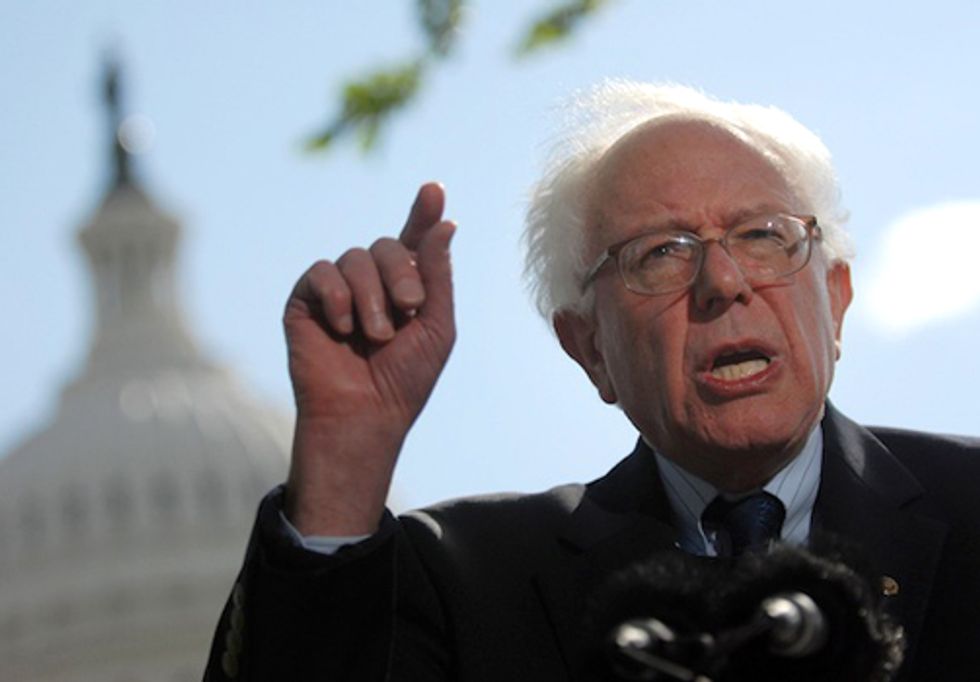 The Big Energy industries (oil, coal and gas) along with their political allies like Mitt Romney are waging war against sustainable energy and the need to transform our energy system and reverse global warming. In many instances they are aided and abetted by the very powerful nuclear power industry.

One of their main lines of attack (used repeatedly by Romney in his first debate with President Obama) is that the federal government is picking energy “winners and losers.” In fact, Romney has said he will not invest in “chasing fads and picking winners and losers” among energy technologies and he will allow the free market to determine energy development.

Romney is right about one thing. The government does pick winners and losers in the energy sector. What Romney has not told the American people, however, is that the big winners of federal support are the already immensely profitable fossil fuel and nuclear industries, not sustainable energy.

As a member of both the Senate Energy and Environment committees, I am working to stop the handouts to the fossil fuel industry. I have introduced legislation called the End Polluter Welfare Act. Rep. Keith Ellison filed the companion bill in the House of Representatives. Our measure calls for the elimination for all subsidies to the oil, gas and coal industries. Using the best available estimates from the non-partisan Joint Committee on Taxation and other budget experts, we found more than $113 billion in federal subsidies will go to fossil fuel corporations over the next 10 years alone. These subsidies benefit some of the wealthiest corporations on the planet, including the five largest oil corporations, which made a combined profit of $1 trillion over the last decade. Unlike sustainable energy incentives, many of these fossil fuel subsidies are written permanently into the tax code by industry lobbyists, which means they never expire.

Let me give you just a few examples of outrageously strong federal support for Big Energy companies:

But it is not just fossil fuel companies. The nuclear industry also benefits from massive corporate welfare. The non-partisan Congressional Research Service reports that the nuclear industry has received over $95 billion (in 2011 dollars) in federal research and development support in the last 65 years. Nuclear corporations currently have access to billions in federal loan guarantees to build new plants and enrich uranium. They also have federal tax incentives for mining uranium, producing nuclear electricity and even decommissioning a plant.

Perhaps most significantly, the nuclear industry would collapse tomorrow without a huge nuclear insurance program from the federal government. The Price-Anderson Act could, in the event of an American nuclear disaster, force taxpayers to pay out tens or even hundreds of billions in damage claims. Nuclear power is so risky that none of Mitt Romney’s Wall Street or free market friends will provide that type of insurance.

Let’s be clear. The war against sustainable energy by the Big Energy companies has been extremely successful. During the last year, with almost unanimous Republican opposition, Congress has not been able to extend a very successful program, the 1603 grant, which had supported over 20,000 sustainable energy projects and tens of thousands of jobs. Congress also has been unable to extend the Production Tax Credit which primarily supports wind energy. The result has been significant layoffs and cancelled projects in the wind industry.

What has not been often enough pointed out is that despite all the opposition, all of the lies coming from fossil fuel sponsored think tanks and the right-wing media, this country has made significant and important progress in moving toward energy efficiency and sustainable energy.

That progress is critical in the fight to reverse global warming, which the vast majority of scientists who study the issue consider to be one of the greatest threats to our planet. With strong federal intervention, we have made some good progress in recent years, but clearly much more needs to be done. Let me just mention a few energy success stories.

As a result of the stimulus package, and legislation that Senator Menendez and I introduced called the Energy Efficiency and Conservation Block Grant program, billions of dollars have gone to every state in the country for local projects. The U.S. Conference of Mayors reports that over 70 percent of their member cities have installed new energy efficient LED lighting with block grant funds. Many cities have also invested in public building retrofits that save taxpayers money.

The stimulus also invested in weatherization, which we know is the low-hanging fruit in terms of saving energy. We know this from experience in Vermont where, on average, families whose homes are weatherized save $916 a year on their fuel bills, while cutting carbon emissions. We have now weatherized over 1 million homes nationwide thanks to the stimulus weatherization investment. Significantly, these projects are also creating many new jobs for construction workers installing insulation and manufacturing workers producing energy efficient products and materials.

But it is not just weatherization and energy efficiency technologies. We also have made great progress with solar. Prior to the stimulus, at the end of 2008, we had about 1,500 megawatts of solar and less than 50,000 solar jobs in America. The cost of solar was $7.50 per watt installed. Today, less than four years later, we have more than tripled solar energy to 5,700 megawatts installed. We have more than doubled jobs, with more than 100,000 solar energy jobs at 5,600 companies in the United States. And we have cut the cost of solar by more than half, down to $3.45 per watt installed.

Further, there are exciting new breakthroughs in solar technology. For example, a 30 megawatt solar project in Alamosa, Colo., developed by a company called Cogentrix, uses advanced concentrated solar panels that produce double the power of a conventional panel. The Alamosa solar project created jobs for dozens of construction workers and is providing power for 6,500 homes in Colorado.

In California, the Ivanpah concentrated solar thermal plant has created 2,100 construction jobs. Ivanpah is scheduled for completion in 2013. This huge 400 megawatt solar plant, a little less than half the size of an average nuclear plant, will provide power for 140,000 homes.

In Yuma County, Arizona, First Solar has installed a 250 megawatt solar project that is now the world’s largest operating solar photovoltaic plant in the world. Using advanced thin-film panels, which can cut costs, the project created hundreds of construction jobs and will power about 100,000 homes.

Each of these projects in Colorado, California and Arizona received financing support from the stimulus. Other similar projects are under construction and in development. Secretary of the Interior Ken Salazar has estimated that just with solar projects like these in the Southwest on federal public lands, we could generate enough electricity to meet 29 percent of the nation’s residential electricity needs.

Far from being a “fad” as defined by Mr. Romney, wind has added more capacity in the last five years than nuclear and coal combined, and has provided 20 percent of the electricity in states like Iowa and South Dakota. The stimulus has supported one of the largest wind farms in the world, operating now in Oregon. The Shepherds Flat wind farm employed over 400 construction workers and has 845 megawatts of wind energy installed, enough to power 235,000 homes.

As a nation we must continue this progress. It is not about whether government is picking winners and losers, because clearly government has been doing just that for years, with the fossil fuel and nuclear industries being the big winners. What is necessary to reverse global warming and create jobs is that we pick the right winners—the technologies that will transform our energy system and protect the environment.

Bernie Sanders is a Junior Senator from Vermont. He sits on the Senate Energy and Natural Resources Committee.