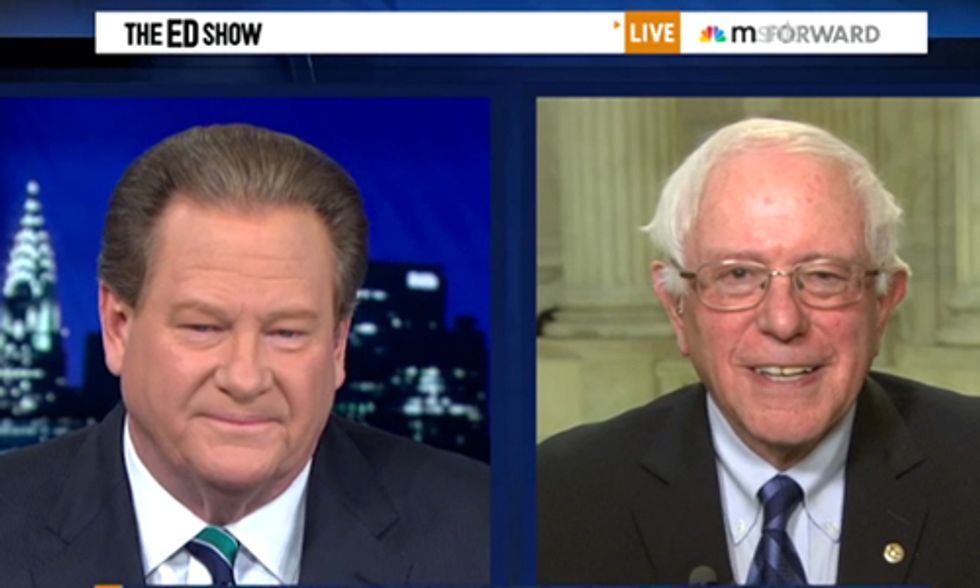 Senator Bernie Sanders was a guest on The Ed Show last night.

"The American people need to know whether Congress is listening to the overwhelming majority of scientists when it comes to climate change,” Sanders said. “On this issue, the scientists have been virtually unanimous in saying that climate change is real, it is caused by human action, it is already causing devastating problems which will only get worse in the future and that we need to transform our energy system away from fossil fuel. Do members of Congress believe the scientists or not?” he asked.

Last night Sanders was a guest on The Ed Show to discuss with Ed Schultz his proposed amendment that will let Americans know where lawmakers stand and whether or not they reject the science on climate change.