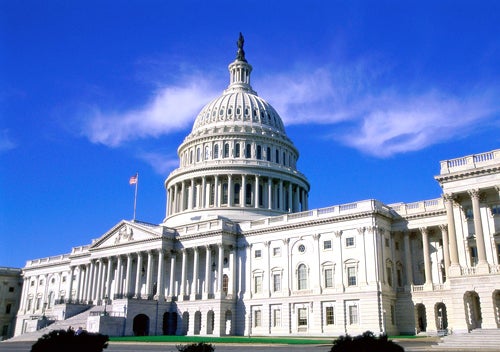 Today, the Senate is scheduled to vote on amendment #1826 to the Senate Transportation bill (S. 1813). Introduced by Sen. Roberts (R-KS), this wish list for Big Oil is even worse than the Vitter amendment that failed in the Senate last week. It would mandate drilling off of every coast in our nation and in the Arctic Refuge, allow oil shale development on millions of acres in America’s west, and allow the already-rejected Keystone XL pipeline to go forward.

Here’s a rundown on this harmful amendment:

Not only would this amendment despoil our environment, but it also doesn’t make sense from a fiscal perspective since the leasing required by this amendment would not succeed in funding our nation’s transportation infrastructure needs.

In short, while this amendment gives Big Oil pretty much everything it wants, it does absolutely nothing for the rest of us.