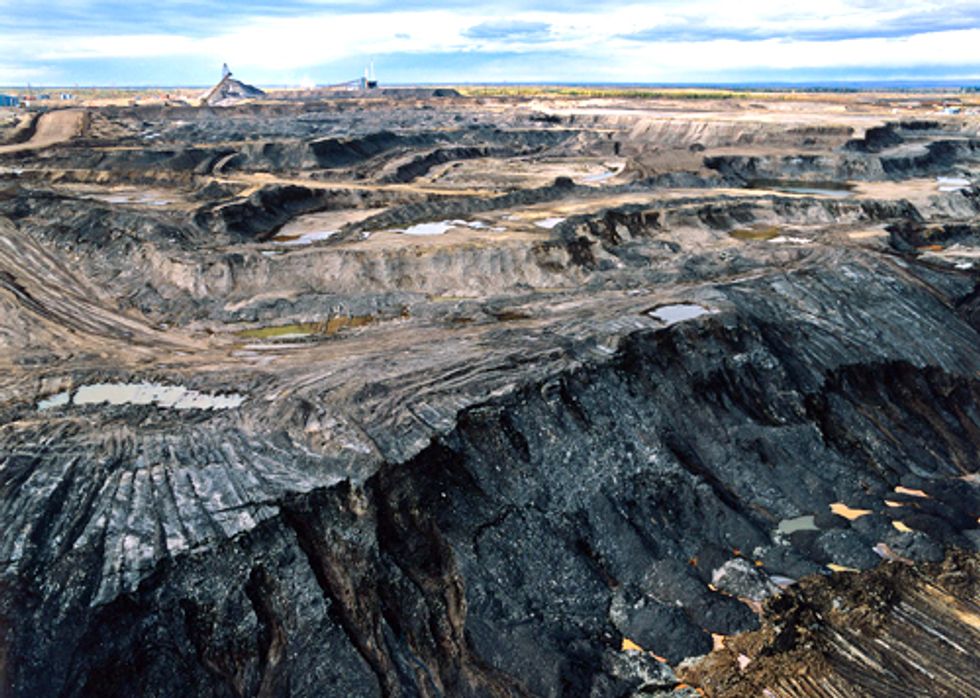 Full production of the oil from tar sands in Canada would add 240 billion tons of carbon dioxide into our atmosphere, severely hampering any efforts to tackle global warming.

The U.S. Senate voted in support of the proposed Keystone XL tar sands pipeline on Friday, which would deepen our dependence on tar sands oil from Canada. The measure, introduced by Sen. John Hoeven (R-ND), signifies yet another attempt by Republicans to pressure President Obama to approve the TransCanada permit for the construction of the Keystone XL pipeline.

According to Environment America, full production of the oil from tar sands would add 240 billion tons of carbon dioxide into our atmosphere, severely hampering any efforts to tackle global warming. Unchecked global warming will harm present and future generations of Americans in many ways, including more extreme weather events like superstorm Sandy, the worst drought since the Dust Bowl and wildfires raging in the West.

The vote was on an amendment (#494) to the Senate budget resolution, which is not binding, and the White House still has the ultimate authority for approving or rejecting the Keystone XL pipeline.

“By voting in support of the reckless and dangerous Keystone XL tar sands pipeline, these Senators have turned a blind eye to the threats global warming poses to our country and sided with the fossil fuel industry over Americans, our environment and future generations," said Nathan Willcox, Environment America’s global warming program director. "We are deeply disappointed in their vote tonight, and urge them to oppose any future measures on this or other bills which threaten Americans’ health or our environment.”

"Tar sands pipelines have no place in the debate over the federal budget and Congress has no business rubber stamping dangerous, unnecessary Big Oil projects," said Michael Brune, executive director of the Sierra Club. "This vague, nonbinding resolution does nothing but show how eager these Senators are to please their Big Oil masters."

New analysis from Oil Change International reveals that supporters of the non-binding Keystone XL pipeline amendment received 3.5 times more in campaign contributions from fossil fuel interests than those voting “no.” In total, researchers found that supporters took an average of $499,648 from the industry before voting for the pipeline, while sponsors took upwards of $800,000, for a staggering total of $30,978,153.

“Today’s vote presents yet another reason why Congress is less popular than root canals,” said David Turnbull, campaigns director for Oil Change International. “Every single effort from Congress to influence the Keystone XL pipeline decision has been backed by millions in dirty energy money, and today’s was no different. The vote today was nothing more than a 31 million dollar sideshow whose sole purpose was to kiss the rings of the Senate’s Big Oil benefactors.”

The amendment pre-judges but does not replace the ongoing process being undertaken by President Obama’s State Department to review the project which remains in place.

Ahead of the Senate’s vote, Oil Change International released analysis showing that the ten original co-sponsors of the Hoeven amendment received an average of $807,517 from the fossil fuel industry, 254 percent more than the average non-sponsoring Senator, for a total of $8 million dollars from the industry based on data from DirtyEnergyMoney.org.

In other words, those voting for the pipeline received roughly 3.5 times more in fossil fuel industry contributions than their counterparts in the Senate.