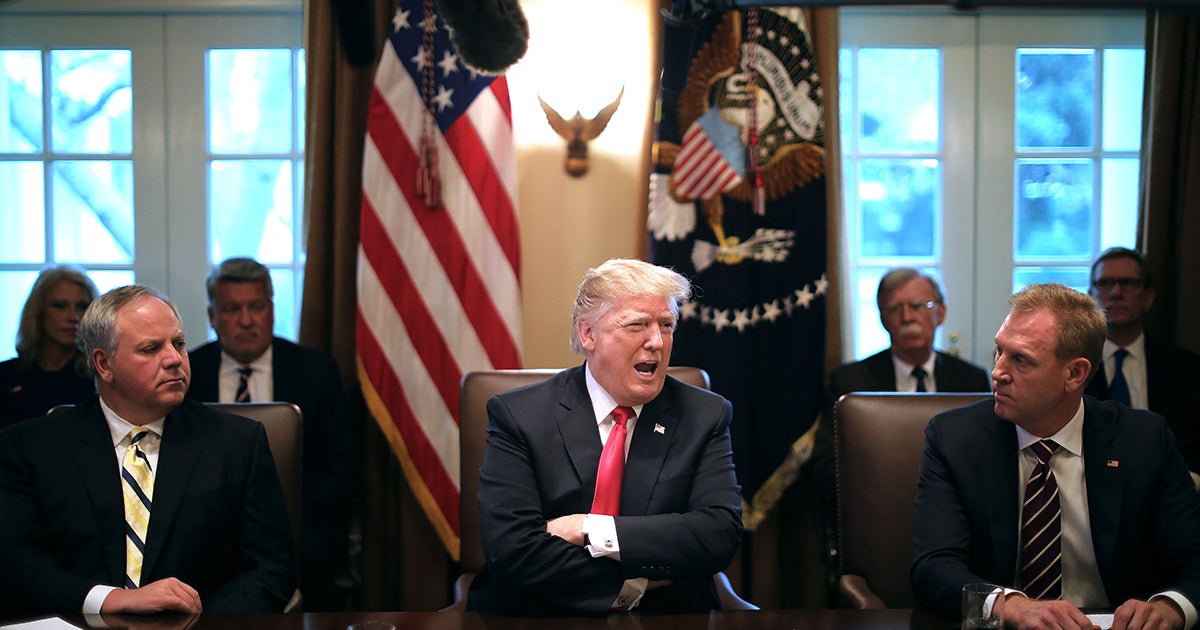 In an eleventh-hour move, the outgoing session of the Senate voted on Thursday to approve at least four of President Donald Trump’s nominees to posts impacting the nation’s environment, The Huffington Post reported.

The four nominees will step in to long-empty posts. They are just some of the 60 positions the Senate rushed to fill in the last hours of the 115th session of Congress so that the President would not have to restart the nomination process after the 116th Congress was sworn in. Here are the four newest Trump appointees who could help or harm the environment.

The Office of International and Tribal Affairs handles the EPA’s relationship with foreign countries and Native American tribes, The Hill explained. The EPA was criticized by Democrats for hiring McIntosh to an advisory position before his nomination was confirmed. Now that it has been, he will replace career employee Jane Nishida, who has led the office on an interim basis since Trump took office.

Environmentalists have raised concerns about McIntosh because of his record, The Huffington Post reported. For 19 years, he was in charge of environmental compliance and policy at Ford, and, during that time, the company allowed degreasing chemicals at a plant in Livonia, Michigan to spill and break down into the carcinogenic vinyl chloride, which contaminated local groundwater.

“You can’t ignore these kinds of toxic chemicals in such an enormous quantity on your property, so whoever was in charge of the environmental state of affairs at this plant did not do his job,” Shawn Collins, an attorney representing homeowners whose groundwater was polluted, told The Huffington Post. “That’s McIntosh.”

Dunn will be in charge of the EPA’s chemical office, including implementation of the revised Toxic Substances Control Act, Environmental Working Group (EWG) reported. Dunn is seen by environmentalists as a better choice than previous nominee Michael Dourson, a chemical industry consultant had to drop out of the running after both Democrats and Republicans raised objections.

In contrast, Dunn earned “respect for protecting the environment” during her tenure as EPA’s regional administrator for New England, according to a Boston Globe profile quoted by The Huffington Post.

“We’re hopeful that Alex Dunn will fulfill her commitments to implement our toxic chemicals laws as Congress intended – and not as former industry lobbyists like [Deputy Assistant Administrator] Nancy Beck are pushing for,” EWG Senior VP for Government Affairs Scott Faber said in a statement. “Americans should be confident that everyday products are not being made with chemicals linked to cancer. To meet those expectations, Alex Dunn will have to clean up the mess created by her predecessors.”

Simmons is a former fossil fuel lobbyist and climate denier who once worked for an organization that called for the office he will now run to be eradicated. He was vice president of policy at the Institute for Energy Research, a coal-and-oil-funded think tank, and for the organization’s lobbying branch, the American Energy Alliance, which is the branch that called for the abolition of the renewable energy office.

At the Institute for Energy Research, which argues against renewable energy subsidies, Simmons made misleading statements about the cost of wind and solar, PV Magazine reported. However, since his nomination he has changed his tune and said he “likes” zero carbon energy sources, Huffington Post reported.

4. Mary Neumayr, Chair of the Council on Environmental Quality

The Council on Environmental Quality is responsible for implementing the National Environmental Policy Act (NEPA) to coordinate reviews of the impacts of federal projects on the environment and work with the White House on environmental initiatives, Bloomberg Environment reported. Neumayr is less controversial than Trump’s first pick to head the office, climate denier Kathleen Hartnett White.

“I agree the climate is changing and human activity has a role,” Neumayr told the Senate during her confirmation hearing, The Huffington Post reported.

However, sources close to her say she approves of Trump’s deregulatory agenda. And she would have the chance to participate, given that the administration has asked the council to make the NEMA process cheaper and faster as part of its infrastructure plan. Neumayr has had a long career working for the government, including an eight-year stint as the chief counsel on energy and environmental issues for the Republican House. Before her confirmation, she had been serving as the council’s chief of staff.