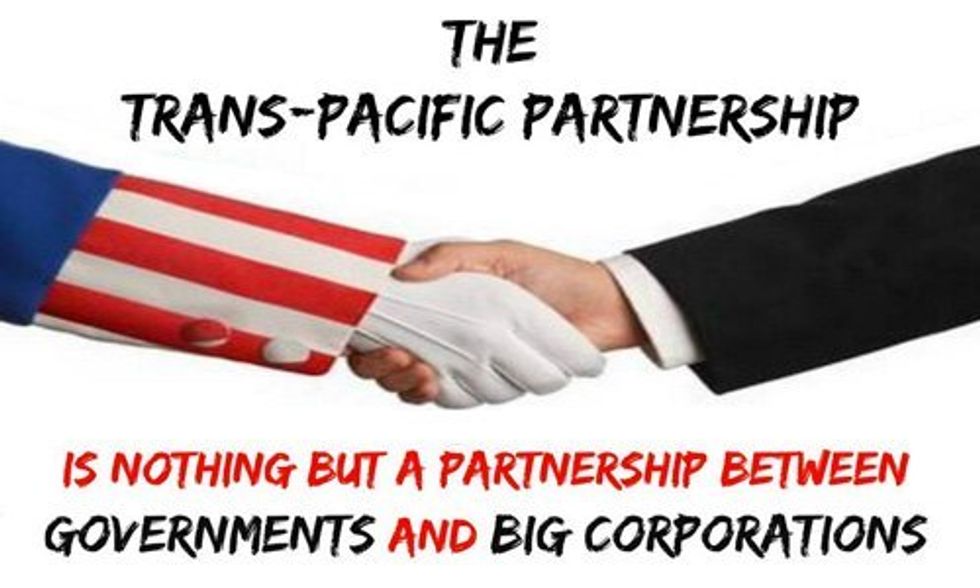 Today, the Senate narrowly approved a procedural motion to pass a degraded version of the Fast Track Trade Promotion Authority that passed last month. A smaller handful of Democrats joined with Senate Republicans to pass Fast Track over the will of the American people who have been clamoring to halt the rush to rubber stamp trade deals like the Trans-Pacific Partnership.

Last month, the Senate passed a different version of Fast Track, but House Republicans eviscerated the delicate Senate policy balances, making the version the Senate passed today considerably worse. Today’s legislation does not include the worker-retraining program that many said was essential to securing their vote, but House Republicans are unlikely to ensure this program survives to the President’s desk. Today’s bill also weakened the Senate’s earlier provisions addressing human trafficking and currency manipulation and includes new House language that prohibits trade deals from ever addressing climate change or immigration issues.

Fast Track will accelerate Congressional consideration of the as-yet-unseen Trans-Pacific Partnership, a trade pact that will undermine key consumer, public health and environmental protections, and other trade deals that follow. These trade deals could undermine America’s food safety standards and commonsense food labeling measures, bringing a rising tide of unsafe imported food to our grocery stores and restaurants.

The senators who provided the margin of Fast Track victory will face angry voters in their next elections. Constituents will hold them accountable for putting the interests of transnational corporations ahead of the public.

Why the Senate Must ‘Vote No’ on Fast-Tracking the TPP