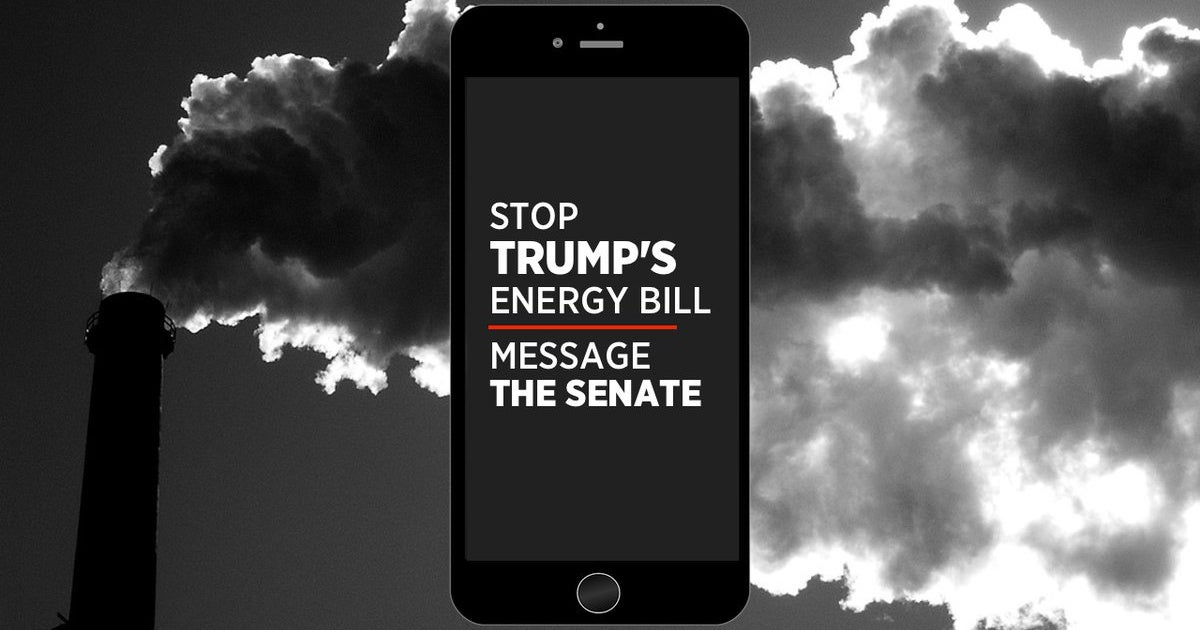 By Christian Detisch and Seth Gladstone

In the wake of Senate Republicans’ ever-deepening debacle over their flailing attempts to strip health insurance from 22 million people, Majority Leader Mitch McConnell is desperate to do something—anything—to show that he can get legislation passed. To this end, he’s bypassing the standard committee review process to push a complex 850+ page energy bill straight to the full Senate floor. Perhaps not surprisingly, this legislation, the Energy and Natural Resources Act of 2017, would be a disaster for public health and our climate.

Despite its benign-sounding name, the bill would be a catastrophe, effectively locking the U.S. into fossil-fuel dependency for decades. This dirty energy legislation would allocate millions of dollars for the discovery and extraction of fossil fuels off U.S. coastal waters, speed up the review period required for fracked gas terminals and instruct the Bureau of Land Management to create a program to expedite drilling and fracking permits. These are shameful giveaways to the oil and gas industry—directly in line with Trump’s pro-fossil fuel agenda.

Even worse, the bill gives no mention of clean wind and solar power—precisely at a moment in our history when we need to transition to 100 percent renewable energy now. The science is clear: If we’re going to have a chance of avoiding the worst of climate catastrophes and public health crises in coming years, we need to get off fossil fuels immediately.

Thankfully, the Trump/McConnell dirty energy bill could be shelved indefinitely. After all, the Republicans are looking for an easy win, and any significant opposition from Democrats to this bill would deter them from proceeding. As of this publication, only Sen. Bernie Sanders, independent of Vermont, has publicly opposed the legislation.

Senate Democrats need to hear from all of us urgently—tell them to oppose the Trump/McConnell Dirty Energy Bill now.

We know who Trump and McConnell are really looking out for: their deep-pocketed Big Oil and Gas donors. But we have a chance to stop this bill and move immediately on the path to the clean energy revolution. We must each tell our senators to stand up to this dangerous bill, and publicly oppose it. Our health and the future of our planet depend on it.