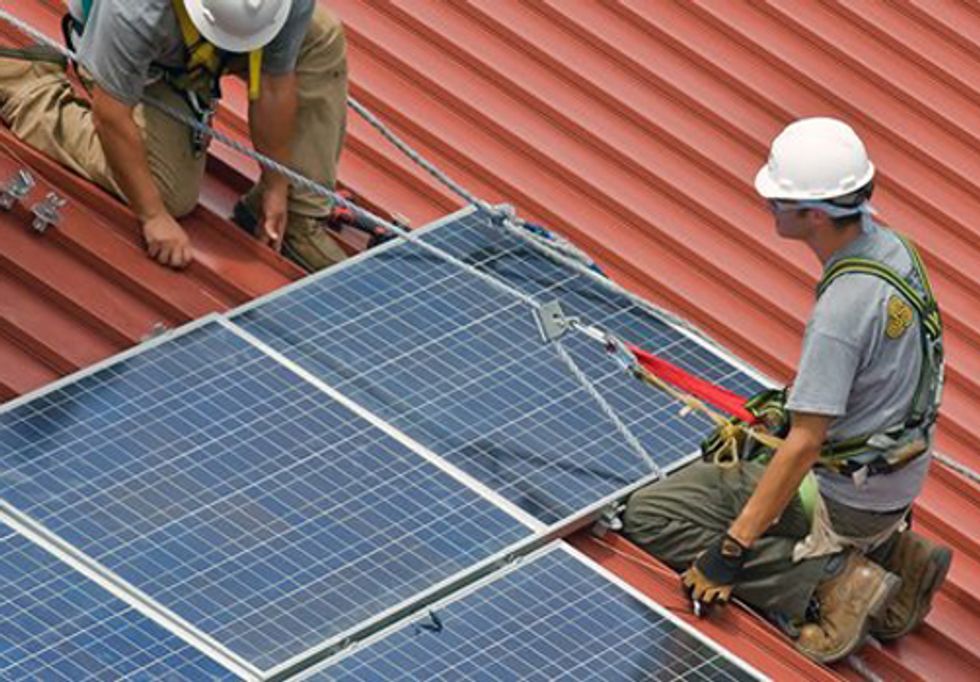 The Commercial Building Modernization Act (S. 3591) would extend and improve the existing federal tax deduction (Section 179D of the Internal Revenue Code) by leveraging vast sums of private sector investment for technology-neutral, performance-based retrofits. Although the deduction has been available for years (enacted as part of the Energy Policy Act of 2005), it has been cumbersome and costly for building owners to apply Section 179D for comprehensive energy efficiency retrofits. As a result, the current deduction has mostly been used for partial building system upgrades—when used at all.

The reformed 179D tax deduction would generate more than 77,000 construction, manufacturing and service jobs throughout the country—while achieving greater national energy security and independence—according to a 2011 analysis released by USGBC, NRDC and The Roundtable.

“This bipartisan legislation demonstrates how tax policy supporting energy efficiency and green building concepts in the places we live and work can create jobs and support innovation in the private sector,” said Roger Platt, senior vice president for Global Policy and Law at USGBC. “Saving money and creating better buildings makes good sense from any perspective, and the potential of 77,000 new jobs and billions in energy savings is just the tip of the iceberg.”

“This is a win-win for the economy and the environment. This bill will give the right people the right tools they need to make our nation’s buildings more efficient, allowing building owners, architects and engineers and other stakeholders to help us reduce carbon pollution,” said Franz Matzner, associate director of government affairs at the NRDC. “By targeting the incentive for retrofits and focusing on real energy savings, this bill will reduce energy bills, create jobs and clean up the air we breathe.”