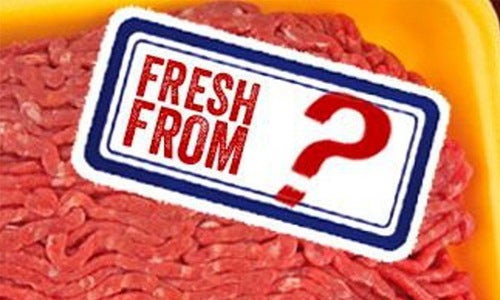 The legislation is aimed at solving an ongoing World Trade Organization (WTO) dispute, but the WTO process is far from complete. The Senate has never repealed a statute that was challenged under international trade rules before the dispute was completed. 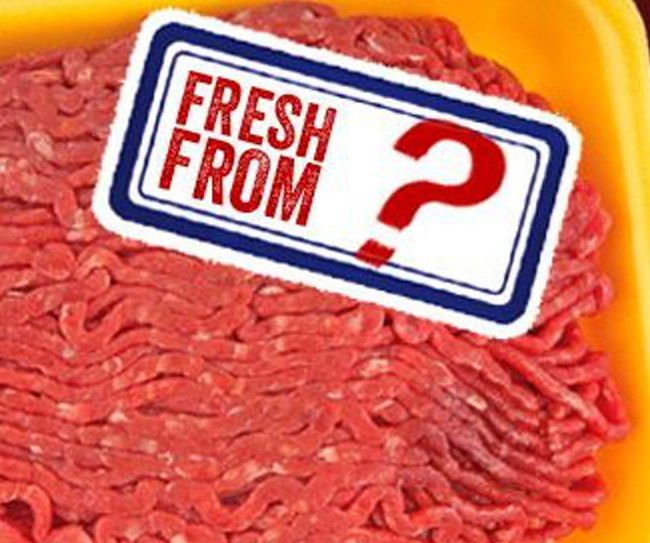 Consumers deserve to know where their food comes but today’s proposal puts meatpacking giants back in control of what we get to know about the food we buy. Photo credit: Food & Water Watch

The legislation introduced today fully repeals mandatory COOL for beef, pork, chicken and ground meat and gives the U.S. Department of Agriculture (USDA) discretion to establish a voluntary domestic label for beef, pork or chicken. It is considerably weaker than the discussion draft circulated last month because it repeals COOL labels for ground meat, which the WTO ruled were trade legal and COOL labels for chicken, which were not even considered in the dispute.

Even if voluntary COOL labels went into widespread use, a voluntary labeling program could still face a challenge under international trade deals. The voluntary “Dolphin-Safe” tuna label has been successfully challenged at the WTO. Today’s voluntary COOL label is especially subject to challenge because it only applies to domestic livestock, there are no provisions for a voluntary label on imports, which creates the presumption that unlabeled and potentially imported meat is less desirable or less safe. That distinction runs afoul of every trade agreement’s rules prohibiting discrimination against imports.

Consumers deserve to know where their food comes but today’s proposal puts meatpacking giants back in control of what we get to know about the food we buy. The Senate should not let international trade tribunals and big meat companies run roughshod over Congress’ authority to enact U.S. laws. We urge the Senate to reject this bill and stand up for mandatory COOL.

Food & Water Watch works to ensure the food, water and fish we consume is safe, accessible and sustainable. So we can all enjoy and trust in what we eat and drink, we help people take charge of where their food comes from, keep clean, affordable, public tap water flowing freely to our homes, protect the environmental quality of oceans, force government to do its job protecting citizens and educate about the importance of keeping shared resources under public control.

9 Out of 10 Americans Want GMO Labeling: Congress Should Vote ‘No’ on DARK Act