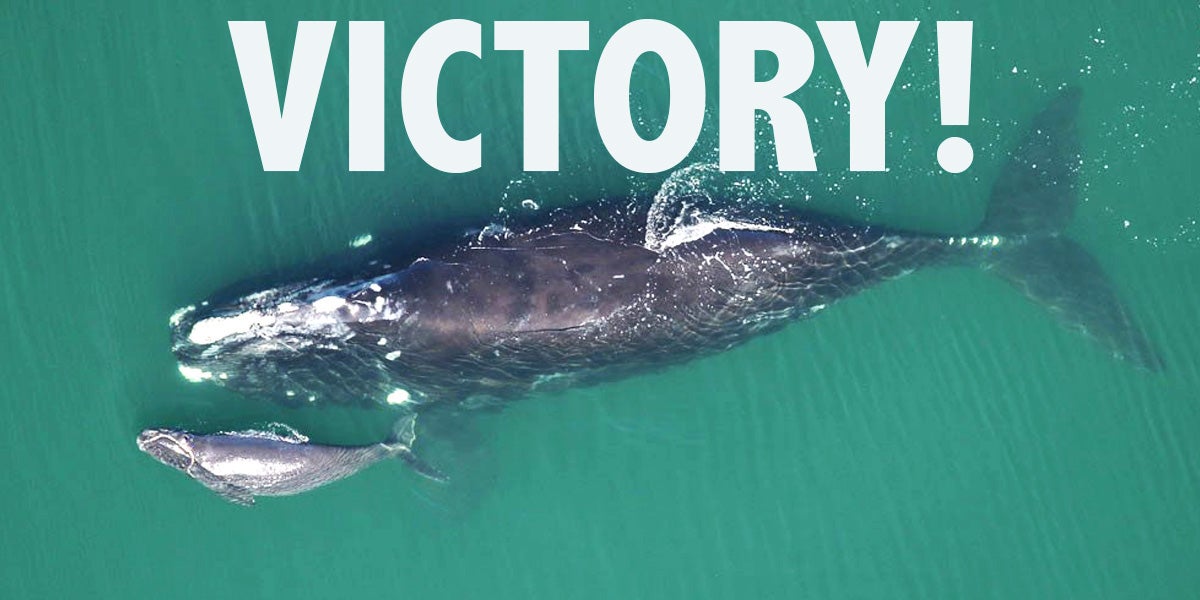 The Obama administration formally denied today all pending permits to conduct seismic airgun blasting in the Atlantic Ocean. Seismic airgun blasting, an extremely loud and dangerous process used to search for oil and gas deposits deep below the ocean’s surface, was originally proposed in an area twice the size of California, stretching from Delaware to Florida.

This announcement follows several recent historic moves by the Obama administration to decrease America’s dependence on dirty fossil fuels, including the removal of the Atlantic and Arctic oceans from the five year program (from 2017-2022) for oil and gas development on the Outer Continental Shelf and the permanent protection of important areas of the Atlantic and Arctic from future offshore drilling.

We thank the Obama administration for finishing the job in protecting the Atlantic Ocean from offshore drilling activities.

East Coast communities can finally take a well-deserved sigh of relief knowing that their ocean and economies are currently spared from dangerous seismic airgun blasting.

With offshore drilling off the table for the near future, there was absolutely no reason to risk the damage that would be caused by seismic airgun blasting in the region.

President Obama and Director Hopper should be revered for their leadership in transitioning the U.S. away from expanded offshore drilling and toward a cleaner energy economy, including the development of renewable energy sources such as offshore wind.

Over the last few years, Hopper and the Bureau of Ocean Energy Management have made it a priority to listen to all stakeholders, from the interests of the oil and gas industry to the East Coast fishing and tourism economies.

As of today, more than 120 East Coast municipalities, more than 1,200 elected officials and an alliance representing more than 35,000 businesses and 500,000 fishing families have publicly opposed offshore drilling and/or seismic airgun blasting. These individuals and groups understand that nearly 1.4 million jobs and more than $95 billion in gross domestic product are at risk if dangerous oil activities occur in the Atlantic Ocean.

We know that seismic airgun blasting is dangerous. Seismic airguns create one of the loudest manmade sounds in the ocean, firing intense blasts of compressed air every 10 seconds, 24 hours a day, for weeks to months on end. The noise from these blasts is so loud that it can be heard up to 2,500 miles from the source, which is approximately the distance from Washington, DC to Las Vegas.

In addition to being extremely loud, these blasts are of special concern to marine life, including fish, turtles and whales, which depend on sound for communication and survival. Numerous studies demonstrate the negative impacts that seismic airgun noise has on ocean ecosystems, including reduced catch rates of commercially valuable fish and silencing bowhead whales.

The government’s own estimates state that seismic airgun blasting in the Atlantic could injure as many as 138,000 marine mammals like dolphins and whales, while disturbing the vital activities of millions more.

In 2015, 75 leading marine scientists sent a letter to President Obama on the impacts of seismic airgun blasting in the Atlantic Ocean, stating that “the magnitude of the proposed seismic activity is likely to have significant, long-lasting, and widespread impacts on the reproduction and survival of fish and marine mammal populations in the region, including the critically endangered North Atlantic right whale, of which approximately only 500 remain.”

Today’s decision comes from a visionary president dedicated to preserving the marine environment and furthering a legacy of action against climate change. We applaud the Obama administration for protecting the Atlantic Ocean for generations to come.