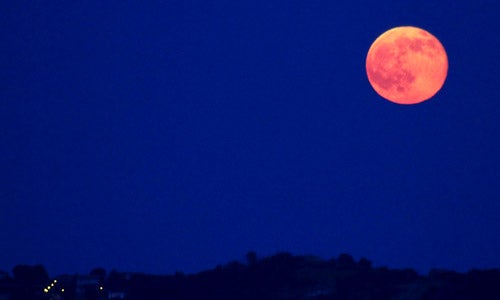 Today marks a special day for astronomy enthusiasts. The summer solstice and June’s strawberry moon will coincide for the first time in nearly 70 years. 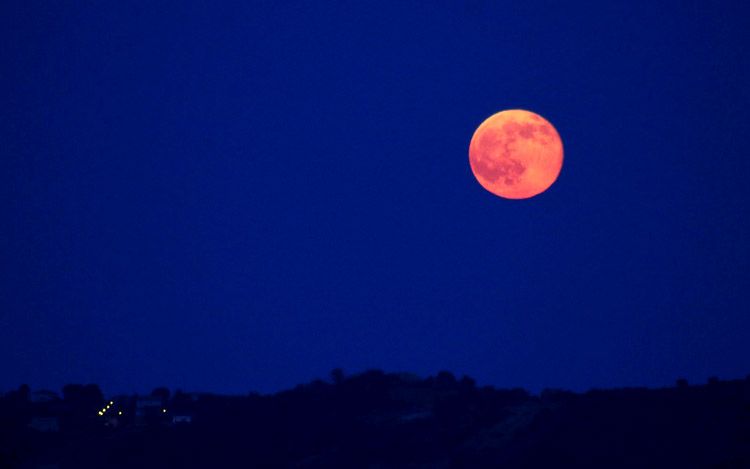 In the Northern Hemisphere, the summer solstice marks the longest day of the year and the official start of summer. The solstice officially starts at 6:34 p.m. ET, the exact time the sun will be in the northernmost position in the sky, directly over the Tropic of Cancer, according to National Geographic.

As the sun sets in the west, the moon will rise in the east. It will fill the sky with rose-tinted light.

This astronomical phenomenon hasn’t occurred since 1948, the Baltimore Sun reported.

While the summer solstice and June full moon combination is rare, it is actually mathematically predicted to happen every 15 years, Flarmer’s Almanac reported. During a live stream event hosted tonight by the almanac and Slooh, astronomer Bob Berman will discuss why its been so long since the last occurrence.

“Having a full moon land smack on the solstice is a truly rare event,” Berman said. “We probably won’t push people off pyramids like the Mayans did, but Slooh will very much celebrate this extraordinary day of light with fascinating factoids and amazing live telescope feeds.”

The Algonquin tribe called June’s full moon the strawberry moon because it marked the time of year they should gather ripening fruit, according to the Farmer’s Almanac. In Europe, June’s full moon is also known as the Rose or the Honey moon.