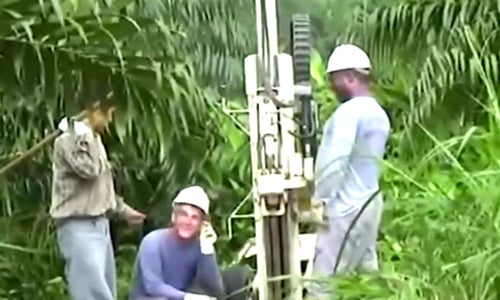 There’s a new development in the case against Chevron for its failure to address decades of contamination in the Ecuadorian Amazon. An apparent Chevron whistleblower sent dozens of internal company videos to Amazon Watch with a note saying “I hope this is useful for you in your trial against Texaco/Chevron. [signed] A Friend from Chevron.” 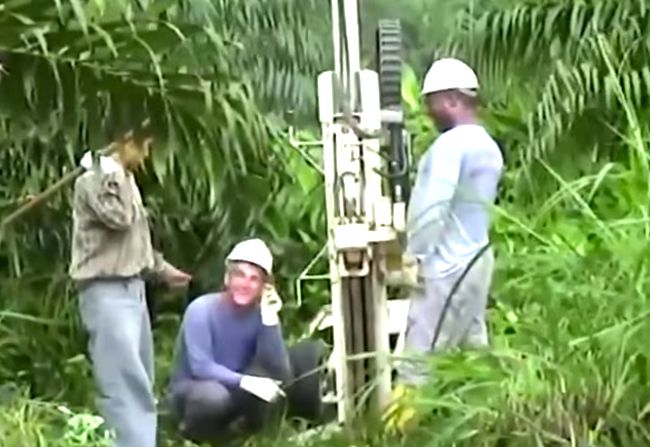 The videos reveal Chevron employees secretly visiting the company’s former well sites in Ecuador to find samples that didn’t contain crude oil to use in soil and water samples at later site inspections.

The videos—some of which can be seen on Amazon Watch—show Chevron employees and consultants secretly visiting the company’s former well sites in Ecuador to find samples that didn’t contain crude oil to use in soil and water samples at later site inspections when the presiding trial judge would be there to monitor the testing.

The problem is that they couldn’t do it. In the videos, the employees can be heard joking about how they just can’t find a sample without crude oil in it. I don’t see anyone in the surrounding community laughing in the video when they talk about a nearby pond “oozing” with crude that is killing their cows and their own people.

“This is smoking gun evidence that shows Chevron hands are dirty—first for contaminating the region, and then for manipulating and hiding critical evidence,” said Paul Paz y Miño, director of outreach at Amazon Watch. Chevron testified before both U.S. and Ecuadorian courts that the sites had been remediated in the mid-1990s.

“The videos show company technicians discussing in stark terms the presence of oil pollution in places where they told the court it didn’t exist. This is corruption caught on tape,” said Kevin Koenig, Ecuador program director at Amazon Watch, who has been working with the affected communities for two decades.

The case has made it all the way to the International Court of Justice at The Hague, which ruled a few weeks ago that the Ecuadorean court’s ruling should be upheld. The case has, of course, been appealed by Chevron, whose own CEO, John Watson, “promised the Ecuadorians a lifetime of litigation, saying the 22-year-old legal battle will end when ‘the plaintiffs’ lawyers give up'” reports Amazon Watch.

In case you didn’t think Chevron’s actions were appalling enough: In the appeal, Chevron is arguing that not only should it not have to pay for the decades worth of damage, but that the Ecuadorian people should foot the bill for the clean up, according to Ecuador’s Foreign Minister Ricardo Patiño, who spoke about the case with Amy Goodman and Juan Gonzalez on Democracy Now!

Additional videos are being reviewed by Amazon Watch and will be released in the coming weeks. Watch one of the tapes below: