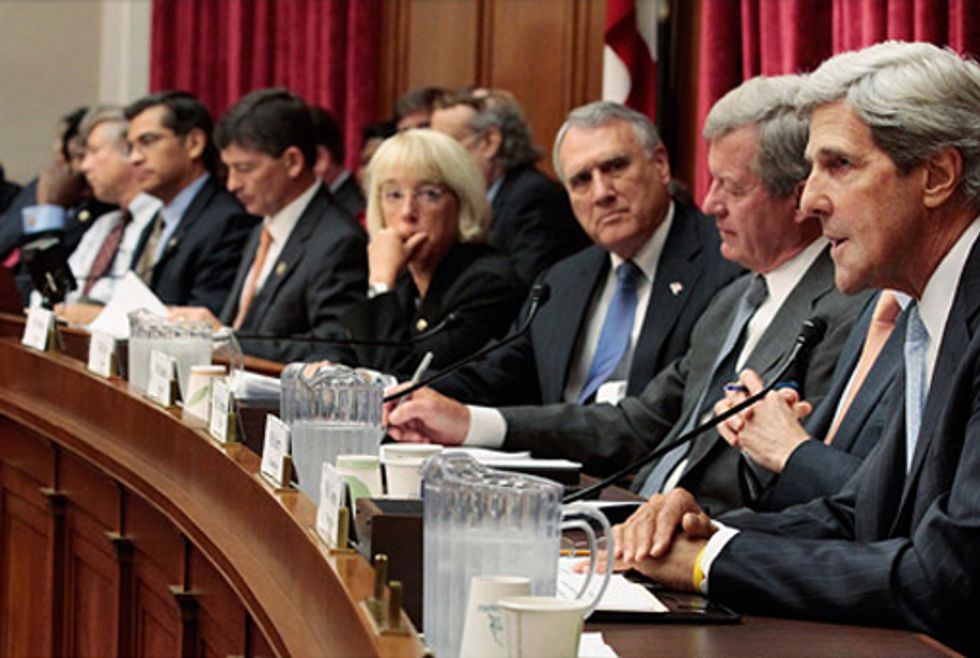 Details became public Nov. 18 of a farm bill proposal written in secret by the top leaders of the House and Senate Agriculture committees and sent to the Congressional Super Committee. As Environmental Working Group (EWG) had predicted, huge grain and cotton operations would harvest a windfall in taxpayer dollars while hardworking American families that are just scraping by would be badly hurt by cuts to vital nutrition programs such as the Supplemental Nutritional Assistance Program (SNAP - formerly called food stamps).

“Not everything should be on the table,” said EWG President Ken Cook. “Worthy programs, especially ones that have been underfunded in the past, should not be lumped in for budget cuts with wasteful spending like the farm subsidy system. EWG's top priority has been to protect the SNAP program in the midst of a lingering economic crisis and high unemployment. Cuts to the program at this time are cruel and utterly unjustifiable.”

The proposal released by the agriculture committees’ leaders would slash $4 billion in funding over the next 10 years from SNAP, which currently helps to feed 45 million people. The plan would also dramatically cut funding for the most successful conservation program used by farmers, reducing the cropland acreage eligible for the Conservation Reserve Program from 32 million acres to 25 million acres. The proposed cuts to nutrition and conservation programs total more than $10 billion in all.

“No conservationist worthy of the name should accept legislation that cuts another $6-plus billion from the farm bill’s programs to protect land, water and wildlife,” Cook said. “Nor should conservationists accept subsidy programs that give incentives to farmers who drain wetlands, plow up prairies or recklessly increase already severe runoff pollution from farm fields.”

Under this “Secret Farm Bill,” a corn or cotton grower who makes $950,000 a year would still get taxpayer-funded checks. A married couple owning a big farm could make double that—$1.9 million—and still receive a handout from uncle Sam, while a family of three trying to live on $23,801 a year would no longer qualify for food stamps.

Now that the four top leaders of the agriculture committees have decided what they think food, nutrition and conservation policy should be for 310 million Americans, it’s up to the 12 members of the Super Committee to call a halt. They can accept this boondoggle or do the right thing and scrap it in favor of a democratic process that lets all Americans’ voices be heard in the farm bill debate. EWG launched an ad on television and on the Internet to send the committee of 12 that message.