SEC, Get Money Out of Politics 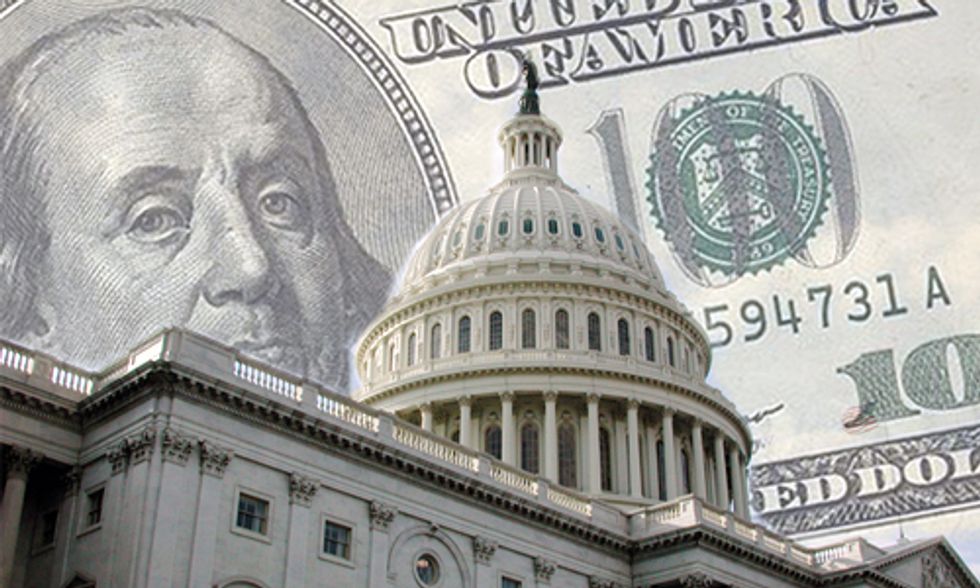 It's easy to see the effects of big corporations on our environment in places like Ohio and North Dakota, where fracking is spoiling farmland, or Arkansas, where the Mayflower oil spill is still causing havoc, or Alaska, where carbon pollution is pushing polar bears to the brink of extinction. It can be harder to see it here in Washington, D.C. But make no mistake, here in D.C., the secret political contributions from the 1 percent of the 1 percent of the 1 percent are doing as much damage to our environment as anything else.

This "dark money" flowing through our political system props up politicians and campaigns that have already helped kill the climate bill and make it so one-quarter of all the votes in the House last year were to gut environmental laws. Dark Money encourages politicians to hamstring necessary governmental functions like overseeing the U.S. Environmental Protection Agency, and it helps make the Koch Brothers agenda of deregulation and corporate anarchy a reality. Dark Money works against all of us who wish to uphold the principles of democracy that America was founded on—transparency and fairness—and it must be stopped. For our democracy to function, voters must know who is paying for what. When our government is so thoroughly captured by corporate interests, this is the only way we can make informed choices. It's time to shine a light on dark money.

There are tools in place to begin to do this right now. One such tool is to have the Securities and Exchange Commission (SEC) require corporations that make political contributions to disclose those donations to their shareholders. In 2011, a bipartisan group of academics concerned by the Supreme Court's Citizens United decision asked the Securities and Exchange Commission to create a rule to require publicly traded companies to do just that.

The rule, once proposed, made a lot of sense to a lot of people. It's a simple, straightforward way for us to keep tabs on our officials, and the corporations who want to buy access and influence. The rule received a record-breaking 700,000 positive comments from retail investors and concerned citizens, as well as pension fund managers and State Treasurers who wanted to know where their hard-earned investments were going. It even made sense to more than 100 leading companies, who began taking the initiative to publicly disclose their political spending as the rule moved forward.

Even with all of this backing, SEC Chairman Mary Jo White removed the rule from the committee's formal long-term agenda. Unbelievable. It appears that special interests groups like the Chamber of Commerce, who desperately want to keep their billions flowing in the dark, won another round because they bet on a cynical public not engaging.

But the fight isn't over.

Everyone from Red States to Blue States wants to see who's paying the piper. According to a recent poll from MFour Research and Tulchin Research and commissioned by Represent. Us, 91 percent of Americans think that our elected leaders should be doing more to get money out of politics. In addition, studies commissioned by the Center for Economic Development and the Center for Political Accountability found a strong majority of business leaders endorsing corporate disclosure of direct and indirect political expenditures. Investors want to know where their money is going just as much as everyday Americans want to know who's calling the shots in our Congress.

This rulemaking deserves action now, and so the agency should make a statement by placing this rule on the agenda for a public hearing. Add your voice to the millions calling for the SEC to shed more light on dark money.