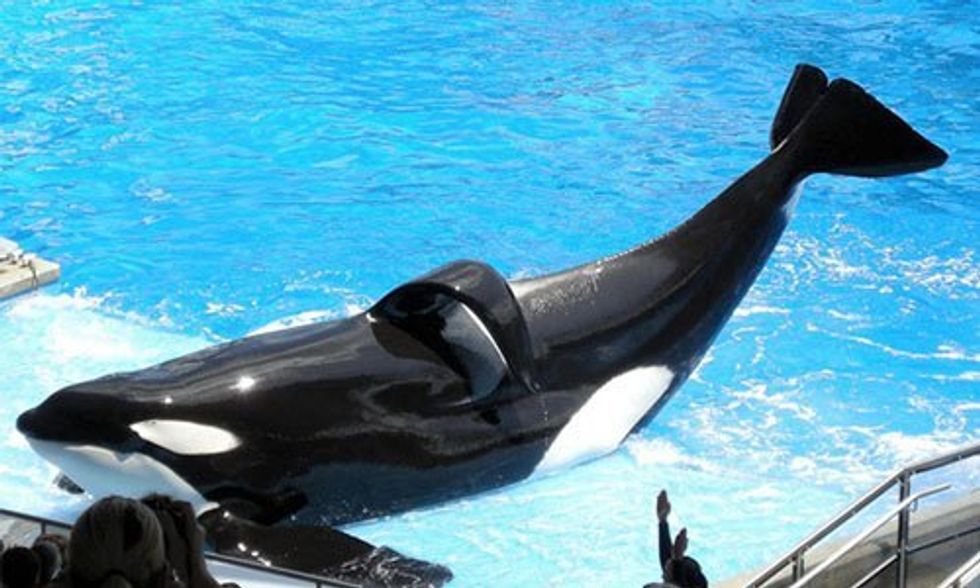 Tilikum, the killer whale at the center of the 2013 documentary Blackfish, is in deteriorating health. SeaWorld's teams are treating him for what they believe is a bacterial infection in his lungs, the company announced on its Facebook page Tuesday.

"We are saddened to report that over the past few weeks, Tilikum's behavior has become increasingly lethargic, and the SeaWorld veterinary and animal care teams are concerned that his health is beginning to deteriorate," the company said.

The 35-year-old male orca is not responding to treatment and "a cure for his illness has not been found," SeaWorld said.

"Since Tilikum became a part of SeaWorld’s family 23 years ago, he has received the best in marine mammal health care and life enrichment available for killer whales—including a focus on his physical health, mental engagement and social activity with other whales," SeaWorld said. "Despite the best care available, like all aging animals, he battles chronic health issues that are taking a greater toll as he ages."

Tilikum, whose name means "friend" in Chinook, was captured from the wild in 1983 at the age of 2, according to Reuters. He came to SeaWorld 23 years ago from Sealand of the Pacific in Canada.

As America's most famous orca, Tilikum, has "shouldered a fraught history, emerging as the symbol of both orcas’ elegance and their capacity for violence," The Washington Post said.

Tilikum has fathered 21 offspring (1o of which are still alive today). But he's also been linked to three human deaths.

In 1991, while housed in poor conditions at Sealand, Tilikum and two females killed a 20-year-old, part-time trainer named Keltie Byrne after she slipped and fell into their tank.

“She tried to get back out and the other girl tried to pull her up, but the whale grabbed her back foot and pulled her under,” a witness told CNN in 1991. “And then the whales—they bounced her around the pool a whole bunch of times, and she was screaming for help.”

Byrne was the first trainer to be killed by orcas at a marine park. Sealand never recovered from the controversy, sold Tilikum and its other killer whales to SeaWorld and was forced to close.

Then in 1999, Tilikum appeared to strike again. Twenty-seven-year-old Daniel Dukes was found dead lying across Tilikum's back after Dukes snuck into the park at night.

And then, there was the most recent and well known death caused by Tilikum. In 2010, the male orca pulled a trainer, Dawn Brancheau, into the water and violently thrashed her around in front of an audience at SeaWorld Orlando. Brancheau was dead by the time SeaWorld employees reached her.

Tilikum was retired from doing shows for about a year, but was brought back for public performances in the spring of 2011.

Two years later Blackfish was released, documenting the plight of killer whales in captivity. The film has sparked a massive public outcry against keeping these large creatures in small tanks since in the wild they swim up to 100 miles per day.

SeaWorld condemned the documentary as “propaganda.” SeaWorld's stock has nosedived and ticket sales have declined sharply in the years since the film's release.

In October 2015, to the delight of animal activists, California banned captive breeding of orcas at SeaWorld. However, SeaWorld has remained mired in controversy, as the death of Dart, a male dolphin, brought the park's death toll to four large marine mammals in just four months.