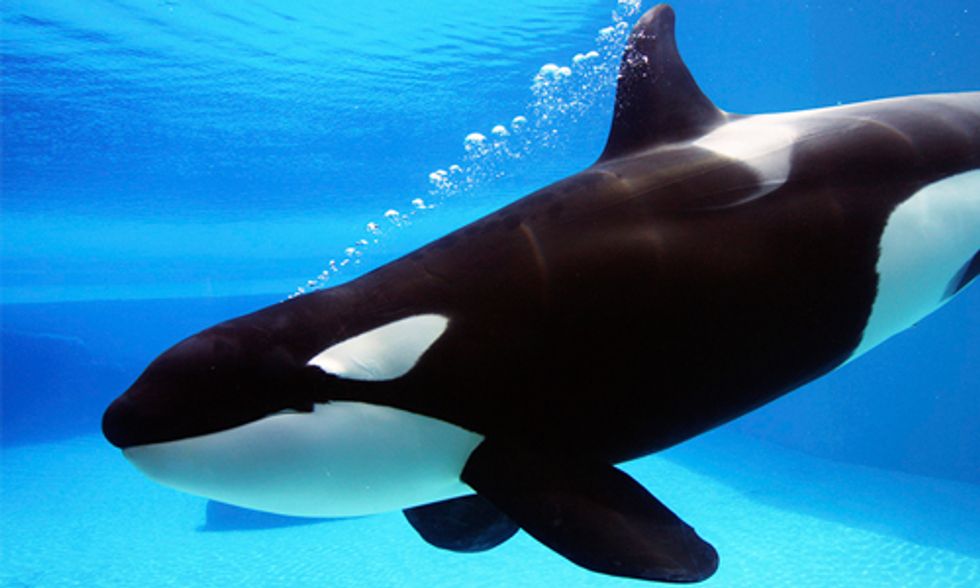 In a dramatic shift that signals an eventual end to the practice of keeping captive orcas for public exhibition, SeaWorld announced it would cease all of its orca breeding programs for the company's nearly 30 whales. This action will make the current group the last generation of SeaWorld's orcas. The Humane Society of the United States (HSUS), which worked with SeaWorld on these new policies, praised its reforms as a major step forward toward a humane economy in which corporations respond and adapt to public concerns over animal welfare.

The announcement with SeaWorld exemplifies The Humane Society of the United States' approach to act as a catalyst and contributor to the adoption of more humane practices by the corporate sector. Photo credit: Cmeder / iStockphoto

“These two organizations have been long-time adversaries, but we're excited now to see the company transforming its operations for the better on animal welfare," Wayne Pacelle, president and CEO of the HSUS, said. “Today's announcement signals that the era of captive display of orcas will end and that SeaWorld will redouble its work around rescue and rehabilitation of marine mammals in crisis and partner with us to tackle global threats to marine creatures."

The HSUS has long been critical of keeping orcas and dolphins in captivity and has clashed with SeaWorld for more than two decades. Of SeaWorld's orcas, 23 were born in captivity. SeaWorld ended live capture of orcas and other marine mammals from the wild years ago and reaffirmed that commitment today.

“SeaWorld takes seriously its responsibility to preserve marine wildlife. As one of the largest rescue organizations in the world, we will increase our focus on rescue operations—so that the thousands of stranded marine mammals like dolphins and sea lions that cannot be released back to the wild will have a place to go," Joel Manby, president and CEO of SeaWorld, said.

“Together with HSUS and with our 20 million guests and 20,000 employees we can build an army of advocates to protect animals and wild places."

SeaWorld has weathered strong currents of public criticism since the release of the 2013 documentary Blackfish and today's announcement comes in the wake of increasing pressure and calls on the company to end captive orca performance at its parks.

“This is a first, massive step forward toward a more humane future for SeaWorld," Dr. Naomi Rose, marine mammal scientist at the Animal Welfare Institute and formerly with the HSUS, said. “I welcome these commitments from Joel Manby. He has given SeaWorld a new lease on life."

“This is a defining moment. The fact that SeaWorld is doing away with orca breeding marks truly meaningful change," Gabriela Cowperthwaite, director of Blackfish, said.

The announcement with SeaWorld exemplifies the HSUS's approach to act as a catalyst and contributor to the adoption of more humane practices by the corporate sector.

Through collaboration or confrontation or sometimes a combination of the two, the HSUS has worked in recent years to secure substantial animal welfare commitments from companies working within food and agriculture, cosmetics and chemical manufacturing, fashion, the pet industry, animals in entertainment and other sectors. In addition to its new policies for orcas, SeaWorld has committed to:

It was almost exactly a year ago that Ringling Bros. pledged it would phase out its use of elephants in traveling acts—a game-changing announcement for the use of wild animals in circuses. Today's announcement by SeaWorld is also tremendously significant and marks a turning point in the movement to phase out the use of orca for captive display.