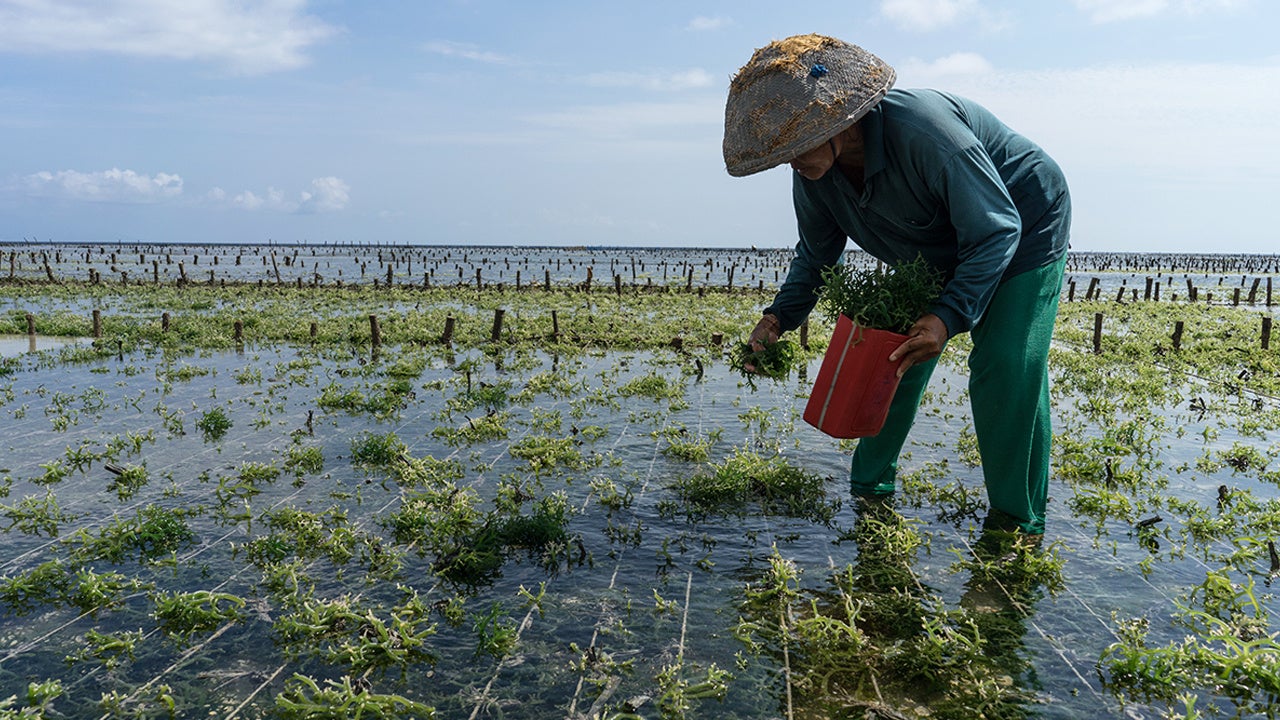 Seaweed. It’s the bane of swimmers, and can ruin a nice day at the beach. But harvesting the aquatic plant could play a role in mitigating the effects of climate change.

“It’s not a silver bullet, nor an industry that exists yet,” one of the study’s authors, Halley Froehlich, said in a press release. “But it has huge potential.”

Most of the world’s seaweed farming happens in Southeast Asia. Small seaweed farms are starting to pop up in the U.S., but are mainly for food and other commercial purposes rather than carbon sequestration.

The study identified around 30 million square miles of ocean where seaweed could be farmed. Researchers say the benefits of seaweed farming far outweigh the fact that it won’t completely offset the carbon emissions for the entire agricultural industry.

Study co-author Benjamin Halpern said there will never be a single easy tool to deal with climate change, and that all efforts are necessary.

“The problem has become too big for simple solutions,” he said. “We need all hands on deck.”

Researchers plan to continue their work on seaweed farming to maximize its effectiveness in sequestering carbon.