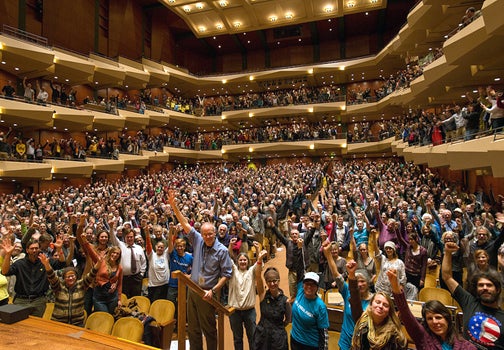 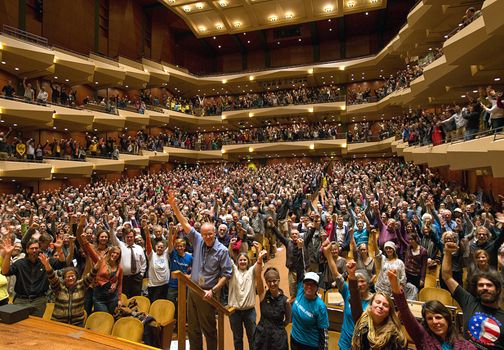 More than 2,000 people joined 350.org in Seattle on Nov. 7 to kick-off the “Do the Math” tour and nationwide divestment campaign.

Seattle Mayor Mike McGinn sent a letter to the city’s two chief pension funds last week, formally requesting that they “refrain from future investments in fossil fuel companies and begin the process of divesting our pension portfolio from those companies.”

“Climate change is one of the most important challenges we currently face as a city and as a society,” wrote Mayor McGinn in a letter to the Seattle City Employees’ Retirement System (SCERS) Board and the City of Seattle Voluntary Deferred Compensation Plan Committee. “I believe that Seattle ought to discourage these companies from extracting that fossil fuel, and divesting the pension fund from these companies is one way we can do that.”

Along with encouraging the pension funds to divest, Mayor McGinn also committed to making sure that city funds stay out of the fossil fuel industry, writing, “The City’s cash pool is not currently invested in fossil fuel companies, and I already directed that we refrain from doing so in the future.”

Valued at $1.9 billion, SCERS is also the largest investment portfolio yet to consider fossil fuel divestment. While the full value of SCERS fossil fuel investments is still unknown, according to the city’s finance director, the system currently has $17.6 million invested in ExxonMobil and Chevron, which represents roughly 0.9 percent of the system’s assets.