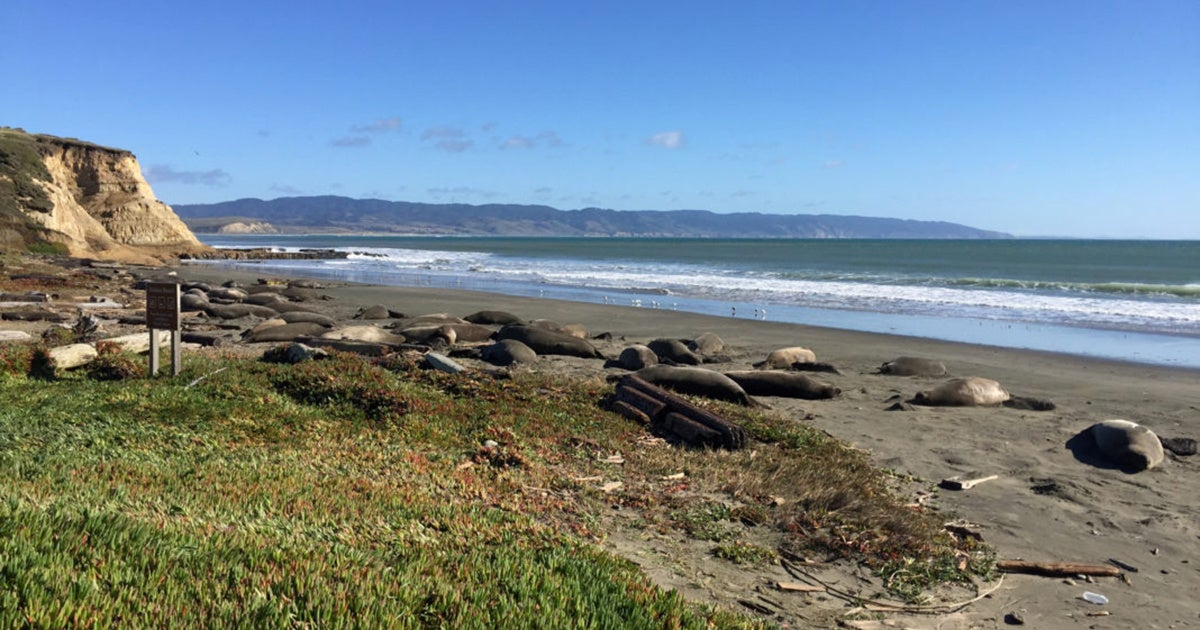 The government shutdown came to at least a temporary end Jan. 25, but one California beach is still dealing with its unexpected consequences. The popular Drakes Beach, part of the Point Reyes National Seashore, is now closed to human visitors after being overrun by elephant seals.

“In January 2019, elephant seals occupied the section of Drakes Beach adjacent to the Kenneth C. Patrick Visitor Center, and, at times, the parking lot and wooden ramps leading up to the visitor center. As a result, the entire Drakes Beach area south of the junction of Sir Francis Drake Boulevard and Drakes Beach Road was closed to the public to better protect the elephant seals from disturbance,” the seashore announced.

And here's your must-see video of the day. Dozens of elephant seals take over Drakes Beach! More here: https://t.co/LRZvmv6nLk pic.twitter.com/aamXXc0r1n

While most of the shutdown’s impacts on national parks have been disastrous for wildlife and visitors, the reclamation of the beach by nearly 100 female seals and pups, as well as a few males, has actually given returning park staff hope.

“If you just get out of the way, wildlife will find their way in,” chief seashore wildlife ecologist Dave Press told The Guardian.

Head of interpretation and resource education at Point Reyes John Dell’Osso said that, during the shutdown, the seashore’s usual staff of around 85 was reduced to around 12. That meant that there were not enough employees to carry out the usual strategies to discourage seals from occupying the popular Drakes Beach, like shaking blue tarps.

Weather was also a factor, Dell’Osso told USA Today, as heavy rain flooded a parking lot and high, king tides inundated the beaches. This combination of factors, along with the lack of staff, encouraged the seals to claim the beach. Dell’Osso said that more than 40 females, around 35 pups and 10 males were now living there.

To protect the sensitive pups, seashore employees are keeping humans off the beach itself, but that doesn’t mean the situation is a total loss for visitors.

“However, this weekend we are experimenting by opening the road and parking lot back up, closing a small portion of the lot closest to the beach (maybe 20 cars or so), and stationing Park Rangers and docents to guide people to the edge of the parking lot for incredible viewing opportunities, but no access on the beach,” Dell’Osso told USA Today. “Based on how this works for both visitor safety and protection of the seals, we may continue this the following weekend.”

Drakes Beach Rd is open today. Remember, it will close at 5pm and the beach itself remains closed pic.twitter.com/FS82HlcJ8D

If the strategy works, Dell’Osso told The Guardian, these weekend viewing sessions could continue through early April, when the pups will have been weaned and the seals will move on.

Elephant seals are a conservation success story. They were almost hunted to extinction in California, The Guardian reported, but have since staged a comeback. The first pup within decades was born along the Point Reyes seashore in the 1980s.

The recovery of #ElephantSeals is a great conservation success story! Discover how and why Point Reyes scientists and volunteers study the elephant seals year after year. The full video can be viewed here: https://t.co/27RhdgQvkE. (sc) pic.twitter.com/cG6Zk20iDU