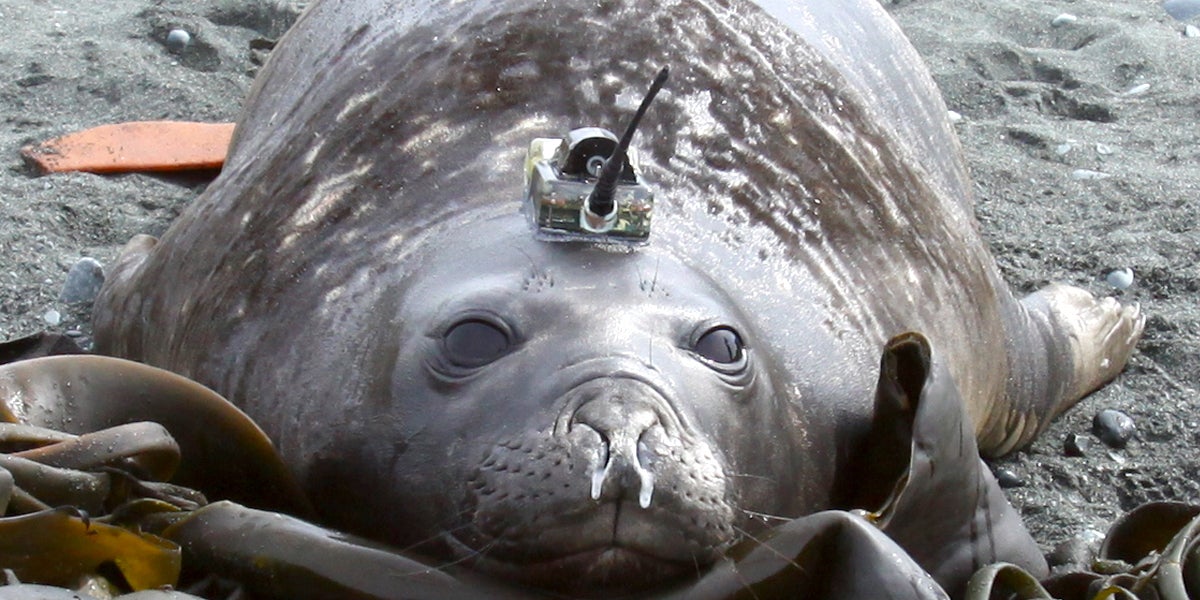 Scientists have recruited the elephant seal—the bruiser of the pinniped world—to explore and report back on the dynamics of ocean currents in the Antarctic winter. 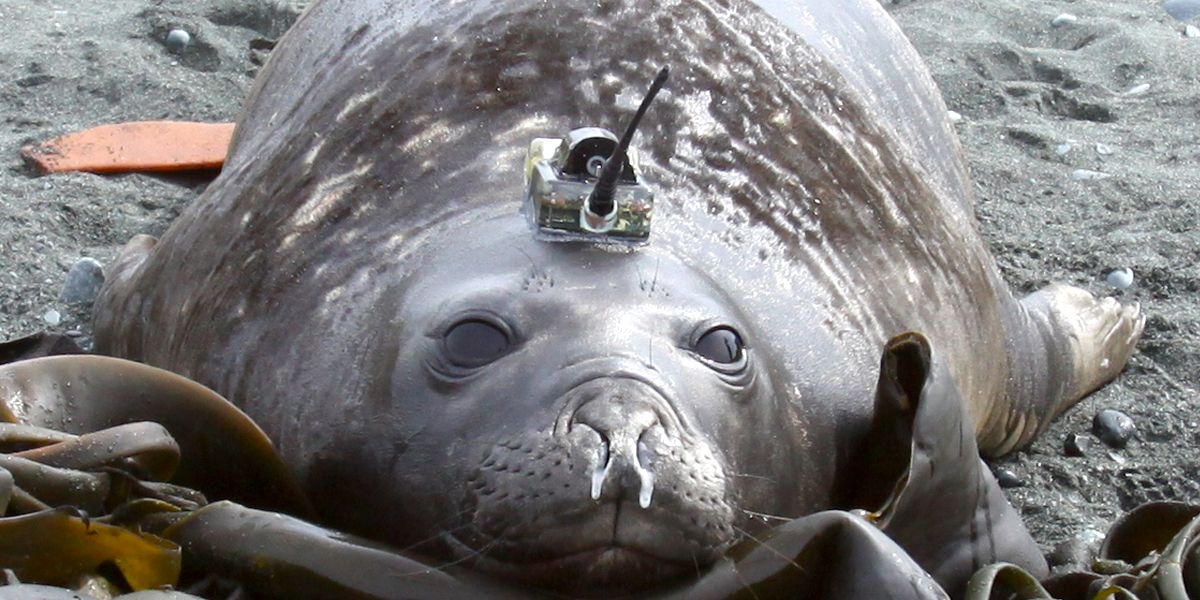 And the mammals have delivered a potentially ominous message: because fresh water is melting from the sea ice, the density of southern ocean surface waters is significantly reduced.

If there is too dramatic a reduction, the all-important dense waters that descend to the depths and power the ocean conveyor system that drives circulation—and climate—could falter.

The southern elephant seal, Mirounga leonine, has been pressed into service as an all-weather submersible to investigate and record data from the polynya system—polynyas are patches of ocean, surrounded by shelf ice, that fail to freeze—of the southern ocean sea ice.

The choice of elephant seals rather than humans is a simple one: shipboard research is all but impossible in the Antarctic winter.

Biologists had already enrolled the elephant seals—by sedating them, and gluing to their bulging necks a data monitor and radio transmitter that falls off with the next moulting season—to settle their own marine biological questions

So physicists and oceanographers have now taken advantage of the temperature and salinity data radioed back to them from each animal’s 60 dives a day.

“We became very interested in the seal data once we saw they were foraging in the polynya regions, in particular the fact they were there through the winter, a critical period of time for dense shelf water formation, and a time that we really struggle to observe in any other way,” said Guy Williams, a physical oceanographer at the University of Tasmania’s Institute for Marine and Antarctic Studies.

Sea ice freezes as fresh water and rejects the salt into the water beneath it. This creates an insulating layer that cuts off the ocean from the freezing atmosphere, so sea ice never gets deeper than two meters.

“In polynyas, the surface of the ocean remains open, while the freezing continues, as newly-formed ice is swept away by persistent offshore winds. And certain topographic effects—coast, glacier tongues, icebergs—also help to keep the area open.

“Like a constantly emptied and refilled ice tray in the fridge, polynyas can generate up to 20 meters of sea ice growth in a winter, and, correspondingly, a much greater amount of salt rejection.

“It leads to this very important water mass called dense shelf water—dense enough once it escapes the continental shelf to mix all the way to the bottom of the ocean basins in the production of Antarctic bottom water.”

This is the agency that drives the global ocean overturning system, a planetary-scale phenomenon, carrying heat around the globe and nutrients and dissolved atmospheric oxygen and carbon dioxide to deep layers of the ocean.