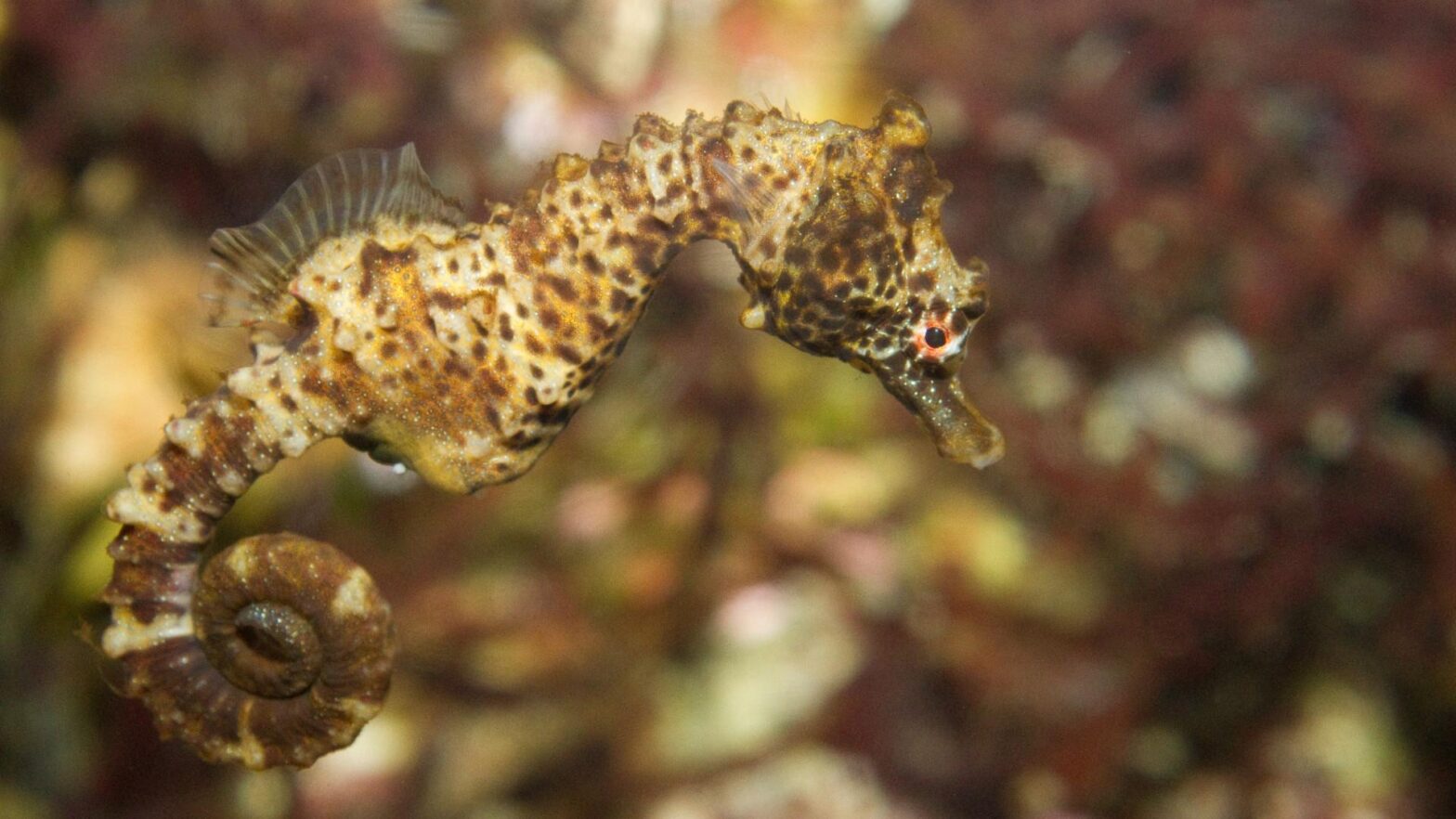 The charismatic animals could serve as flagship species for ocean conservation, according to researchers, but only if we understand their extinction risks.

The hotels — which look like cages but have bars spaced out enough for the 5-inch seahorses to swim through — are sorely needed. Recent research indicates that some White’s seahorse populations have fallen by as much as 95% due to commercial destruction of their marine habitats. The manmade domiciles — up to 100 of which will be deployed — will replace some of that lost habitat for both seahorses and their food. “A lot of marine growth such as sponges and coral will accumulate, and that provides a lot of food and shelter for the seahorses,” David Harasti, a marine scientist with the Port Stephens Fisheries Institute, told Australia’s 9News.

White’s seahorses are not alone in their plight. Research published this May in the journal Oryx serves as the first comprehensive assessment of the extinction risk for syngnathiform fishes, which include seahorses, pipefishes, seadragons, trumpetfishes, shrimpfishes, cornetfishes and ghost pipefishes. (A few related groups, such as goatfishes and seamoths, weren’t assessed for the paper because recent research shows they belong to a different taxonomic order.)

Collectively, the news for these varied and colorful species isn’t good, nor is it complete. The researchers — including two members of the IUCN SSC Seahorse, Pipefish & Seadragon Specialist Group — found that seahorses and their relatives face persistent threats from industrial trawl fisheries and habitat destruction, and to a lesser extent from pollution and trade. The 300 or so species often have limited ranges in coastal regions and freshwater lakes and rivers around the world, and many require specialized habitats, making them susceptible to disturbance. 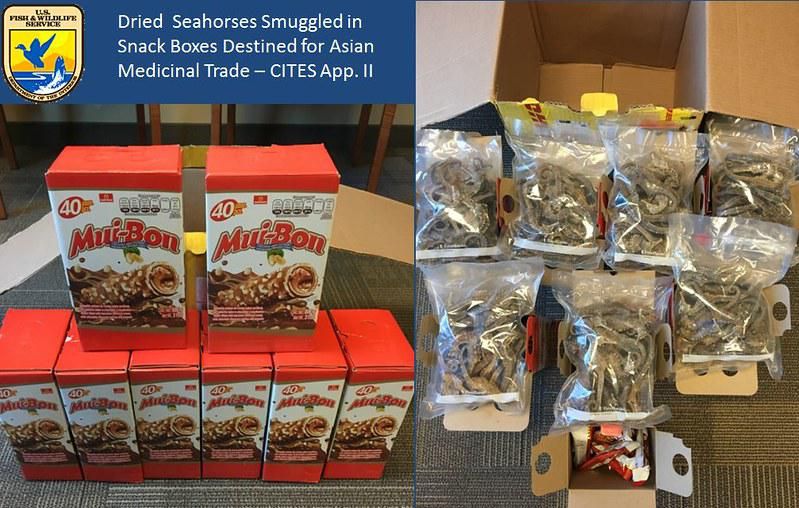 As a result, researchers found, at least 6% of these species and up to 38% are threatened and at some risk of extinction.

Why the wide range? Despite seahorses’ popularity and charismatic qualities — like their prehensile tales and egg-carrying males — many of the 300-plus syngnathiform species remain cryptic. No one knows how well they’re doing or if they’re at risk. The researchers labeled 97 species “data deficient,” meaning they “could potentially be threatened.”

Of the species that could be assessed, the researchers found that 14 out of 42 seahorse species were at risk, including one endangered species and 12 considered “vulnerable to extinction.” Four additional seahorse species were discovered after the paper was submitted and aren’t included in that count. Pipefishes — which look like seahorses but have straighter bodies — have five species at risk, including one that’s critically endangered. 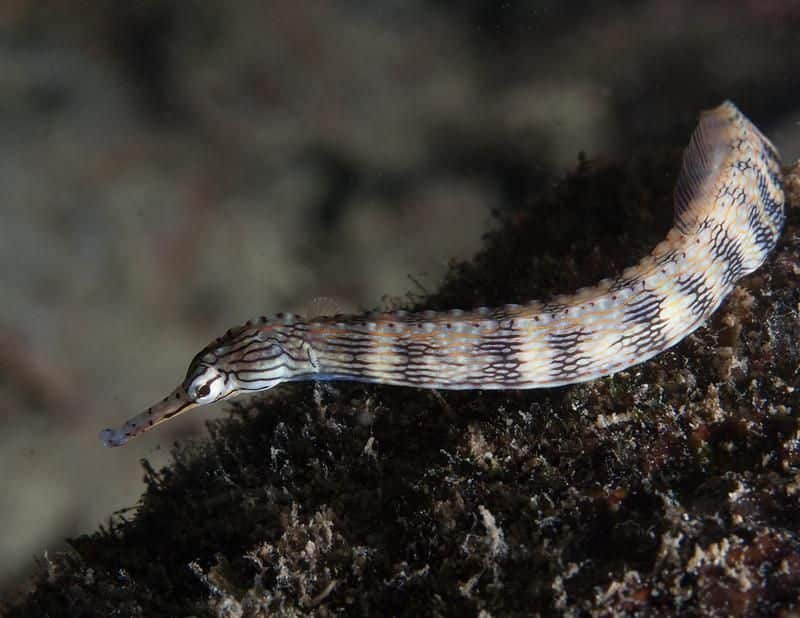 Luckily, the researchers evaluated 61% of these fishes as being of “least concern,” meaning they’re doing okay for now, but they still caution that this entire group of species needs targeted conservation efforts, especially in the estuaries of East and Southeast Asia and South Africa, where they face the most threat. The paper recommends “robust long-term monitoring programs … to evaluate population dynamics, fisheries, trade and habitat quality.” The researchers also call for dedicated coastal surveys, potentially using community science efforts such as iSeahorse.

All of this, the researchers wrote, would not only help seahorses and their relatives but also neighboring species: “Limiting fishing mortality, in particular by constraining bottom trawling and other nonselective fisheries, and ensuring healthy habitats is important both for the syngnathids and for other aquatic species. Given that the order is nearly global, there is potential for syngnathiformes, many of which are highly charismatic, to act as flagship species for ocean conservation.”

That’s a tall order for these tiny fish, but perhaps this research can serve to round up the support necessary to conserve both the species and their coastal habitats — or at least to fill the knowledge gap so we can learn how those 97 data-deficient species fare around the world, and then protect them before it’s too late.