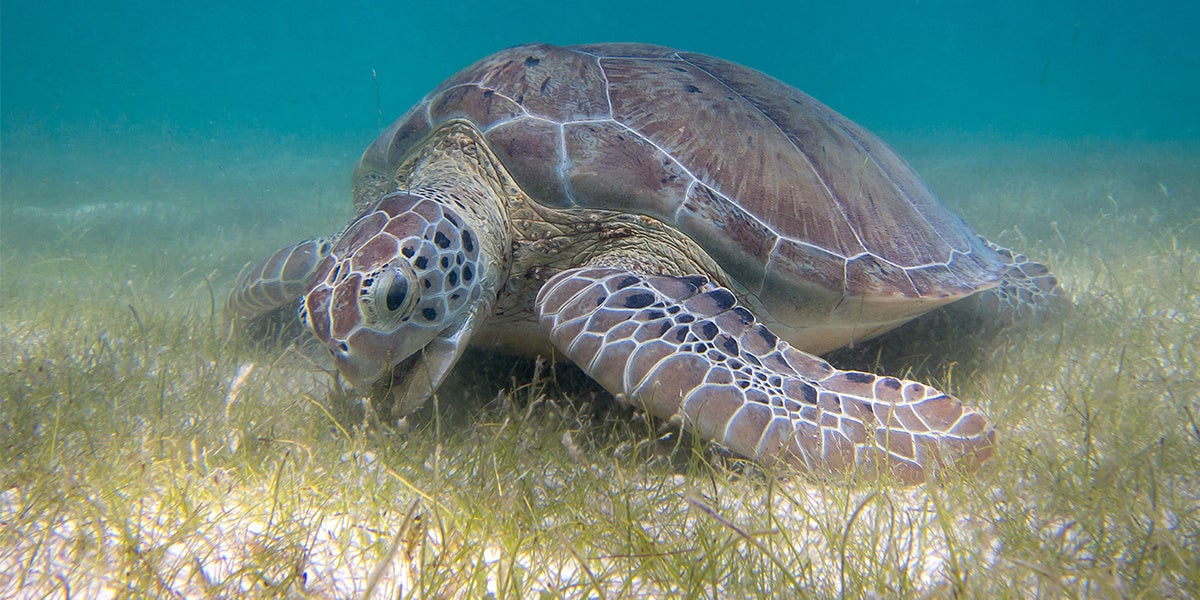 The launch of an online crowdsourcing database for seagrass hopes to breathe new life into efforts to conserve the underwater flowering plants, which act as both important habitats for marine species and a major store of carbon dioxide.

Patchy mapping of seagrass meadows has hampered efforts to protect the plants (which are distinct from seaweed) from threats such as coastal development, sedimentation, coral farming and sand mining, according to Richard Unsworth, a marine biologist at Swansea University in the UK and co-founder of environmental charity Project Seagrass.

The group on June 4 launched SeagrassSpotter, a collaborative initiative that allows anyone with a camera to upload images of seagrass sightings and tagged locations from anywhere in the world. The online tool also provides species information to help ordinary users identify the seagrass they find. The platform is accessible via website or mobile app for Android and iOS.

“We’re asking people visiting the coast or going out to sea—for diving, fishing, kayaking—to keep their eyes out for seagrass so that they can take a picture [to] upload to our website,” Unsworth told Mongabay. “The more people that get involved the more likely we are to develop a better understanding of the world’s seagrass.”

Seagrasses grow in shallow coastal regions, providing a crucial nursery habitat for young fish of many species. Previous reports suggest that more than 600 species of fish in Southeast Asia alone rely on these meadows for their growth and development. Seagrass beds are also an important home for marine invertebrates, such as sea cucumbers, prawns and crabs. 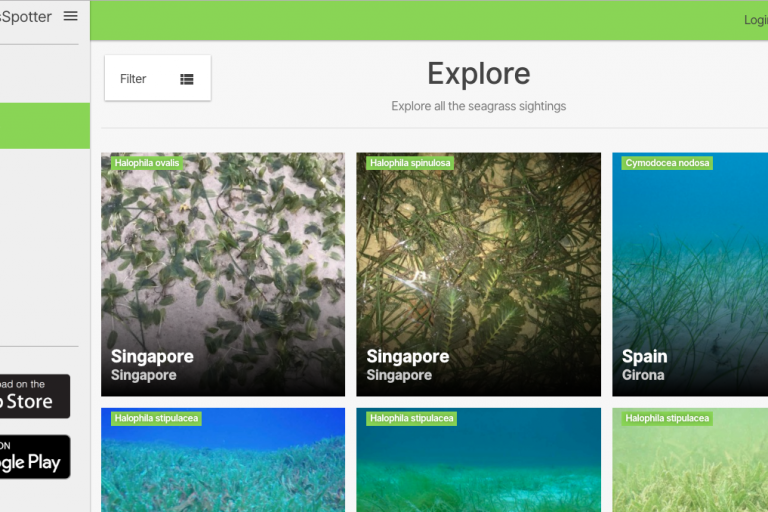 The online tool SeagrassSpotter aggregates reported sightings of seagrass ecosystems from around the world to help in the effort to conserve the underwater plants.Image courtesy of SeagrassSpotter 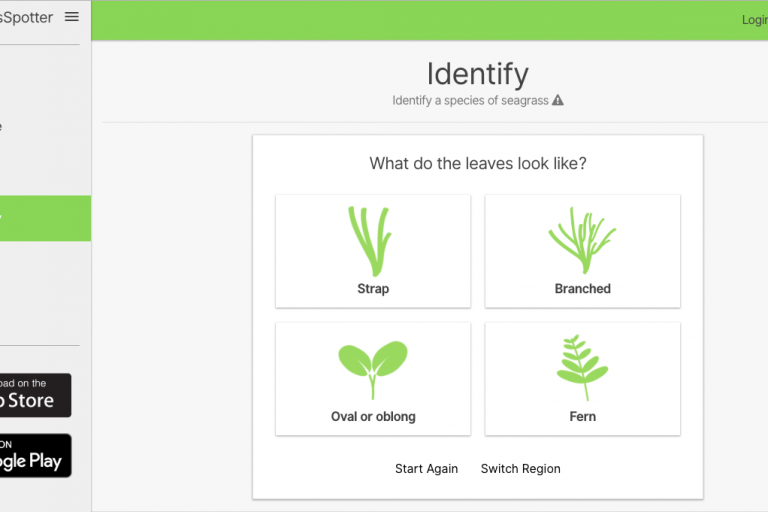 The platform also provides information on seagrass species to help with identification.Image courtesy of SeagrassSpotter

Seagrasses are disappearing at rates that rival those of coral reefs and tropical rainforests, losing as much as 7 percent of their area each year, according to the IUCN. More than 70 species of seagrass worldwide cover a global area estimated at up to 600,000 square kilometers (about 232,000 square miles)—an area larger than the island of Madagascar.

“We increasingly know how seagrasses support biodiverse fauna but we know little about how to manage them to be resilient into the future and how to restore these systems once they’ve been lost,” Unsworth said.

He pointed to Indonesia as an example of a seagrass hotspot, where the dearth of knowledge about the plants could potentially lead to the extinction of these underwater gardens across the archipelago.

Indonesia is widely considered an important country for seagrass conservation. In 1994, researchers estimated the country was home to 30,000 square kilometers (11,600 square miles) of seagrass, perhaps the world’s largest concentration of the plant. But in June 2017, the Indonesian Institute of Sciences (LIPI), a government-funded research agency, put the country’s seagrass cover at just 1,507 square kilometers (582 square miles).

“Having worked extensively on seagrass in Indonesia since 2003, I see that seagrass is largely not on the conservation radar,” Unsworth said.

“When you visit marine parks and places with seagrass, its conservation is commonly not included or just there as a token inclusion. The focus is always on coral reefs, even though often the majority of the fishing effort is on nearshore shallow seagrass.”

At least two studies by researchers in Indonesia have attempted to map seagrass meadows in certain locations, but both noted that nationwide mapping efforts were practically non-existent. 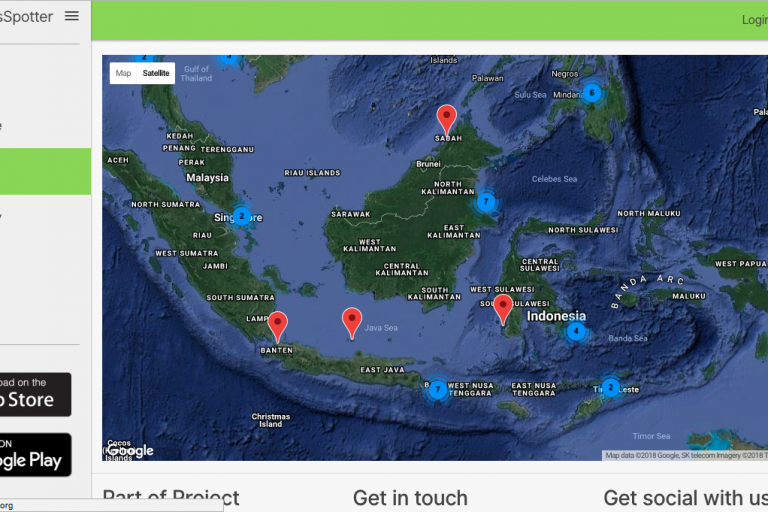 According to Unsworth, LIPI now runs a seagrass monitoring program, but it’s only on seagrass meadows in marine parks where threats aren’t as prevalent and widespread as in other, unprotected, coastal regions in Indonesia.

“Funding for projects by NGOs largely ignores seagrass or when budgets are stretched, they always pull the seagrass component first,” he said. “Having met with fisheries officers, park managers and local government officials over many years, my overwhelming opinion is that seagrass is not considered to be of much importance.”

A search of the academic literature on coral reefs versus seagrass in Indonesia reveals that five times as many studies were published about the former in the period between 1970 and 2018, Unsworth said.

He also pointed to dataset compiled by the U.N. Environment Programme’s World Conservation Monitoring Centre showing huge gaps where seagrass has been mapped.

“The gaps are places where the environmental conditions suggest seagrass should be prevalent,” Unsworth said. “This includes many areas where I personally have observed extensive seagrass, such as Buton, Selayar, Central Sulawesi.”

The latest figures from LIPI indicate that only 40 percent of seagrass in Indonesia is considered in healthy condition. Coastal land development, sedimentation, waste pollution, coral aquaculture and sand mining are the top threats to Indonesia’s seagrass.

Unsworth and his team of researchers published a report in April that indicates 90 percent of the seagrass meadows they examined in Indonesia had been extensively damaged and degraded over the past five years.

“Seagrasses in some parts of Indonesia are very well mapped, but across the nation knowledge is very poor and this comes at an important time given what we know about the losses of seagrass,” he said.

Other countries, like Australia, have also reported findings of extensive seagrass meadows in seabeds deeper than 20 meters (66 feet), but “next to no deepwater seagrass has ever been documented in Indonesia,” Unsworth said.

“This is probably because no one has ever looked for it,” he said.

To date, SeagrassSpotter has collected more than 1,000 records of seagrass around the UK and northern Europe. Globally, the group hopes to obtain at least 100,000 records by engaging people from around the world to collect data about seagrass in their locality. All collected data will be freely available to the public.

“If people don’t know where seagrass is and why it’s of value,” Unsworth said, “then they won’t take action to preserve it.” 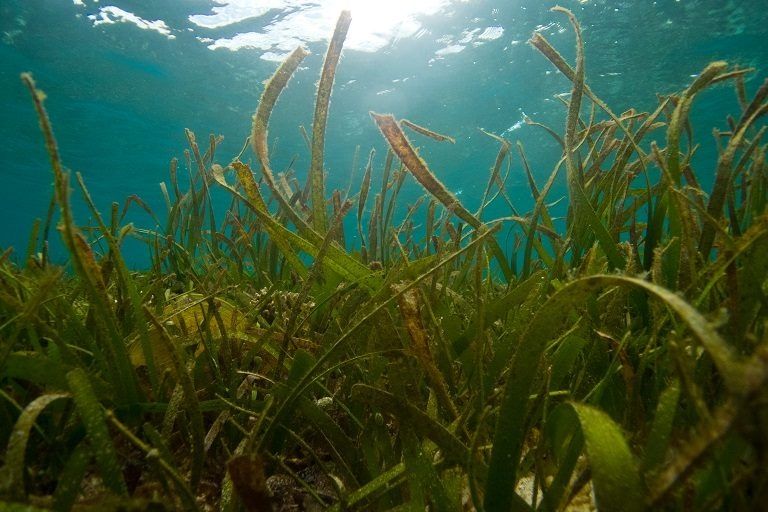 Healthy seagrass on the ocean floor. Seagrass provides an important source of income and food for communities around the world, but its importance often goes unnoticed. Image courtesy of Benjamin Jones / Project Seagrass