Seafood, Pregnancy and What You Don't Know Can Hurt You 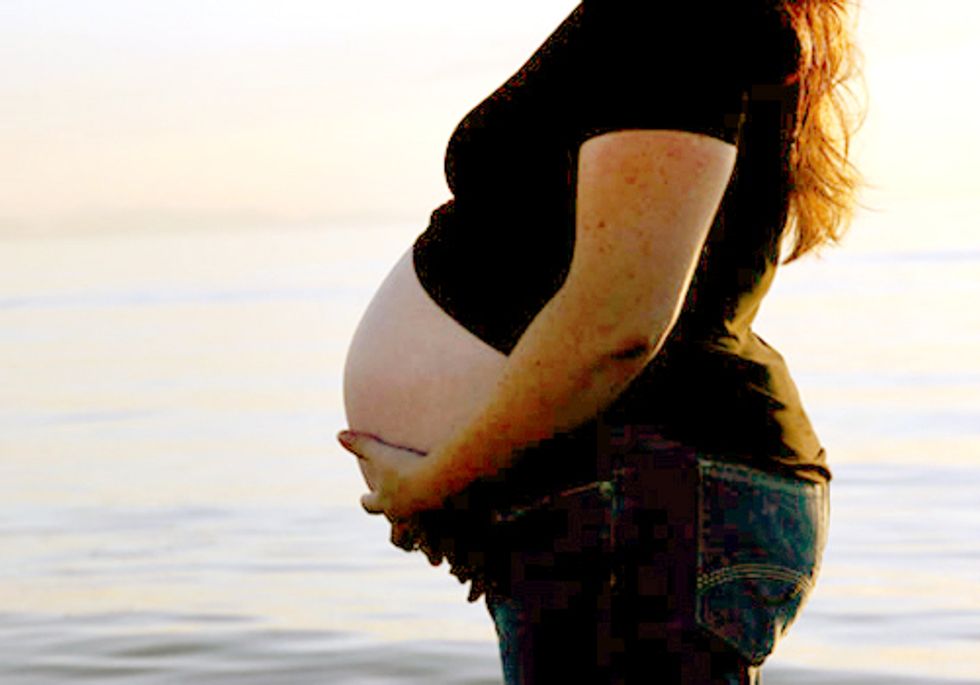 Has anyone else been following Environmental Health News’ series Pollution, Poverty, People of Color as if it were the new Mad Men? No? Personally I can’t get enough. I especially can’t get one article from last month out of my head. It was about how contaminated fish warnings fail to reach the people most at risk.

It’s probably stuck in my mind because I’m pregnant. As I (s l o w l y) make my way around my city day in and day out, I have a hard time not screaming as I watch other pregnant moms eating things I know they should not be eating, and doing things I know they should not be doing (what is with everyone waddling into nail salons and willingly breathing that unsafe-for-anyone air?). Do they not know? Or are they just ignoring the warnings?

But fish really surprised me. Even conventional OBs who aren’t particularly attuned to environmental health issues tend to warn their patients not to eat certain contaminated fish that are known to contain mercury, PCBs and more. If doctors fail to issue this warning, most baby books and pregnancy websites pick up their slack. So what’s Environmental Health News talking about?

Well, seafood isn’t cut and dry. It’s nuanced, complicated. As I wrote in the Conscious Kitchen, “rockfish” can mean more than sixty different kinds of fish on the Pacific West Coast. There are eighty-two difference species of groundfish, and more than forty different species can be called snapper. Which means that warnings about big predator fish like shark, tuna, swordfish, tilefish and king mackerel containing elevated levels of mercury might make it to most pregnant people, but the subtler stuff just doesn’t.

People—pregnant or not—are less aware of advisories about local waterways—fresh and saltwater alike—and which seafood from them might harbor industrial chemicals and pesticides. As the article I cannot get out of my mind states, these are linked to cancer, reproductive effects and various other health problems. Let’s be honest, these present risks for everyone—not just pregnant women and children.

Local officials do issue warnings, but too often residents either aren’t getting them or chose to ignore them. Sometimes they know about the warnings but need a cheap source of protein. Or they come from fishing communities and are inclined to eat what they’ve always eaten, whatever the health advisories say. There are even people interviewed in the article that say if the water looks clean, they assume the fish is safe to eat.

Except it’s not safe. And so the advisories need to be louder and more clear, and there needs to be more education, including about how the contaminants made their way into the air we breathe and eventually the waters we fish. No one should be eating unsafe food, and knowing that it happens more frequently in low-income, minority or indigenous communities is the kind of thing that keeps you (or is it just me?) up at night. As the article clearly explains, this is an environmental justice issue. If inadequate risk warnings aren’t reaching these communities, states need to try harder. Advisories need to take language barriers into account and in general be a lot simpler for anyone to understand and heed.

Here’s hoping Dr. Jeanne Conry, president-elect for the American Congress of Obstetricians and Gynecologists (ACOG) agrees. She’s the winner of the 2012 U.S. EPA Environmental Health Heroes of the Pacific Southwest in the category “Children’s Environmental Health” and could really help spread the word. Hey, Dr. Conry, if you need help, we’d love to join the crusade.