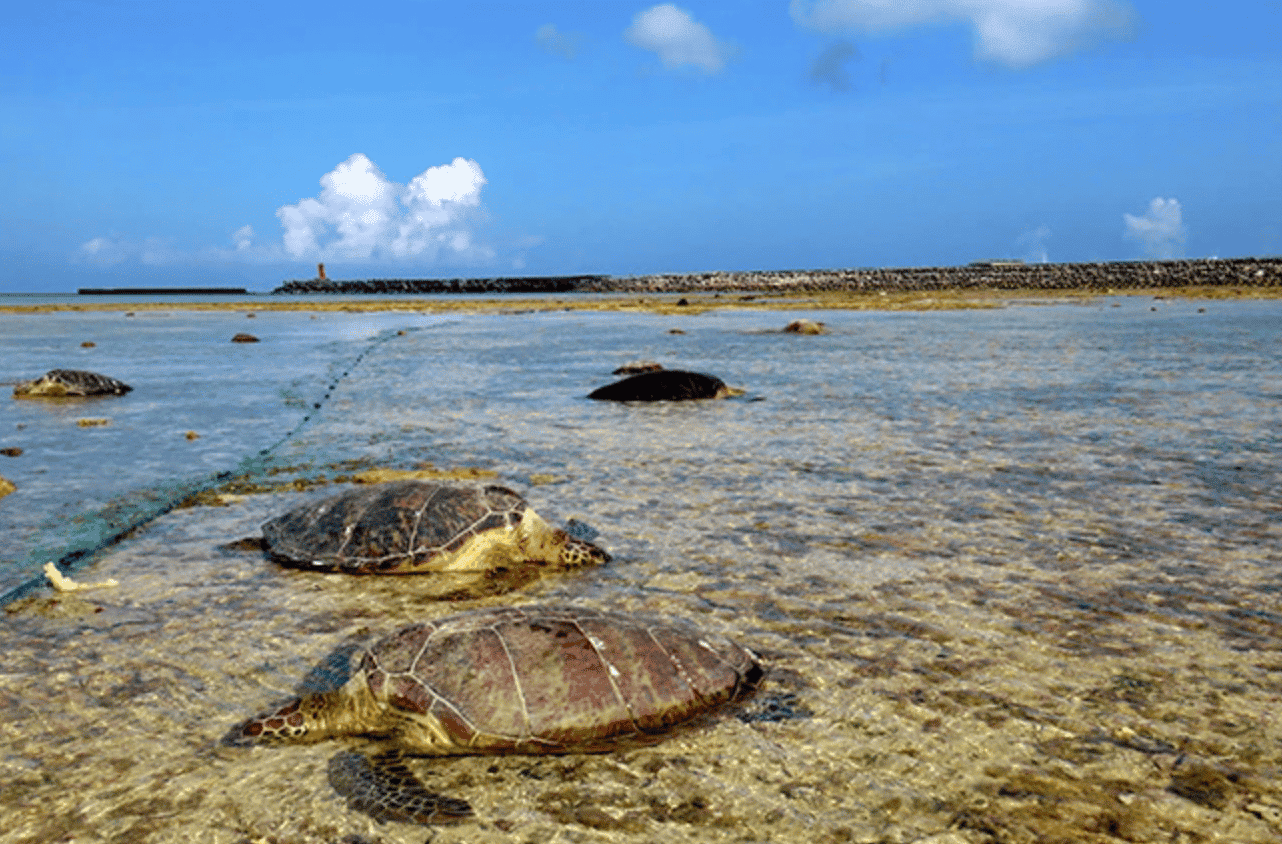 Sea turtles are found too weakened to move due to injuries apparently inflicted by local fishermen in Kumejima island, Okinawa Prefecture, on July 14. Sea Turtle Museum of Kumejima

Police are investigating the mysterious injuries of more than 30 endangered green sea turtles on the remote Japanese island of Kumejima.

The turtles – discovered by locals July 14 – had been stabbed in their necks and flippers and were lying motionless on the beach, The Asahi Shimbun reported. The locals then alerted employees at the Sea Turtle Museum of Kumejima.

“Many of the turtles appeared dead. I have never seen anything like this before,” a museum staffer told The Asahi Shimbun. “It is extremely difficult to process this.”

The Naha Police Station in Okinawa – the prefecture where the island is located – said that police began investigating the case the next day, as CNN reported. Since the initial discovery, the turtles disappeared from the beach, perhaps swept away with the tide. The Kumejima Municipal Government is also helping to question witnesses, according to The Mainichi. The case is being investigated as suspected cruelty to animals, The Asahi Shimbun reported.

A fishing operator’s confession may shine some light on the incident. The operator said the turtles had gotten entangled in fishing nets and had to be removed, a source told the Mainichi Shimbun.

“A lot of them were tangled up in fishing nets,” the operator said. “I disentangled some of them and released them into the sea, but I couldn’t free heavy ones, so I stabbed them to get rid of them.”

All species of sea turtles are considered endangered according to the International Union for Conservation of Nature (IUCN) Red List, as CNN reported. The population of green turtles across the globe is decreasing, and the primary threat to the species is the intentional harvesting of eggs and adult turtles, according to the IUCN. The next greatest threat, however, is the accidental entanglement of turtles in fishing gear. They are also threatened when development destroys or degrades the beaches and marine environments they rely on. Sea turtles are also threatened by plastic pollution – which they eat by mistake – and the climate crisis – which can cook eggs in nests, result in more female than male hatchlings and generally threaten turtles’ ocean habitat through high temperatures.

The Japanese Environment Ministry considers green turtles endangered and works to protect their nesting grounds in Okinawa and Kagoshima, according to The Mainichi. The area where the wounded turtles were discovered is generally frequented by the turtles, who feed on the seagrass that grows there, Sea Turtle Museum of Kumejima spokesman Yoshi Tsukakoshi said, as CNN reported.

However, some fishers consider the turtles a “nuisance” because they get tangled in their nets, he said.

“Some fishers think the turtles eat all the seagrass before it grows and that prevents the fish from spawning in the area,” Tsukakoshi added.

How to Get (and Keep) Squirrels Out of Your Attic
Do you ever hear that tell-tale pitter-patter of tiny feet
By Linnea Harris
Arctic Carbon Transportation Route Discovered by Scientists
In the Arctic, a previously unknown carbon transportation route has
By Cristen Hemingway Jaynes
Wildlife Trafficking 101: Everything You Need to Know
Quick Key Facts
By Linnea Harris