Sea Turtles in the Florida Keys Have High Tumor Rates. Are Humans to Blame? 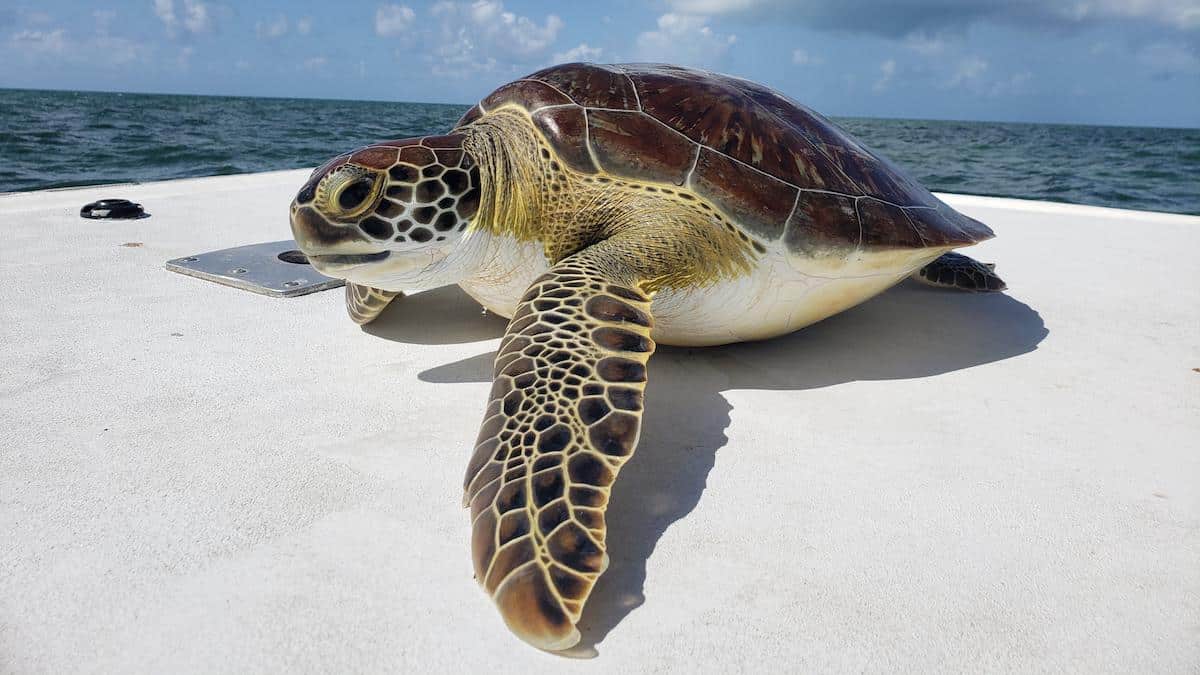 Something strange is happening to sea turtles in the Florida Keys, and scientists and conservationists are working together to understand why.

Stranded green sea turtles (Chelonia mydas) in the Southernmost island chain in the United States are showing high rates of internal and external tumors — 51.5% to be exact. This is more than double the 22.6 percent incidence rate for green sea turtles in Florida overall.

The tumors are caused by fibropapillomatosis (FP), a “transmissible tumor disease of ecological importance,” said Bette Zirkelbach, the manager at The Turtle Hospital in Marathon, FL who coordinated the study. Every species of sea turtle is affected, but green sea turtles, especially in the Florida Keys and around other developed islands, seem particularly prone. The wildlife rescue expert and education specialist explained how the tumors grow internally in sea turtles as well as externally on their eyes, flippers, necks and more. Tumors can inhibit critical activities such as foraging, swimming, ingestion, breathing and more, leading to hunger, distress and even death if untreated.

The Turtle Hospital has been treating sea turtles with FP tumors for more than 35 years. Now, they’re collaborating with Annie Page-Karjian, an assistant research professor & clinical veterinarian at Harbor Branch Oceanographic Institute at Florida Atlantic University, and Force Blue, an organization that trains combat veterans and military divers for new ocean conservation missions, to complete the Florida Keys Sea Turtle Health Study and find the root of the disease. 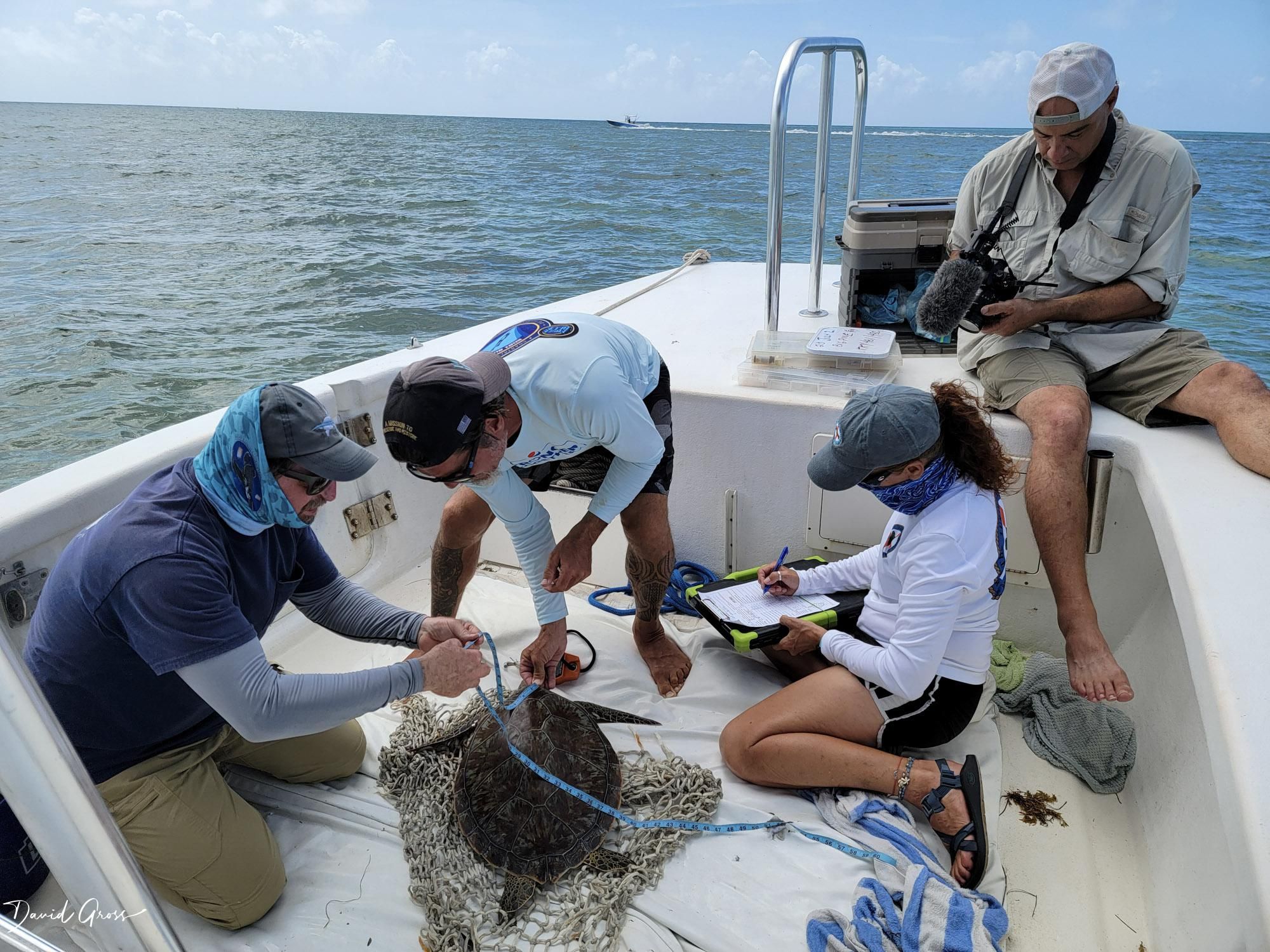 Page-Karjian, a marine disease ecology and sea turtle health expert, led the study. The goal was to conduct a health assessment of free-ranging juvenile green sea turtles in the Florida Keys. The waters are an exemplary foraging ground for these turtles, Zirkelbach added. Despite this, little is known about the movement, foraging ecology, and health of the local population.

“We are studying this disease in the region of the world where it is thought to have originated, to learn more about the epidemiology and pathophysiology of FP,” Page-Karjian said. “This disease is enzootic in Florida’s green sea turtles, a federally protected species, and can be debilitating or even fatal in some cases.” 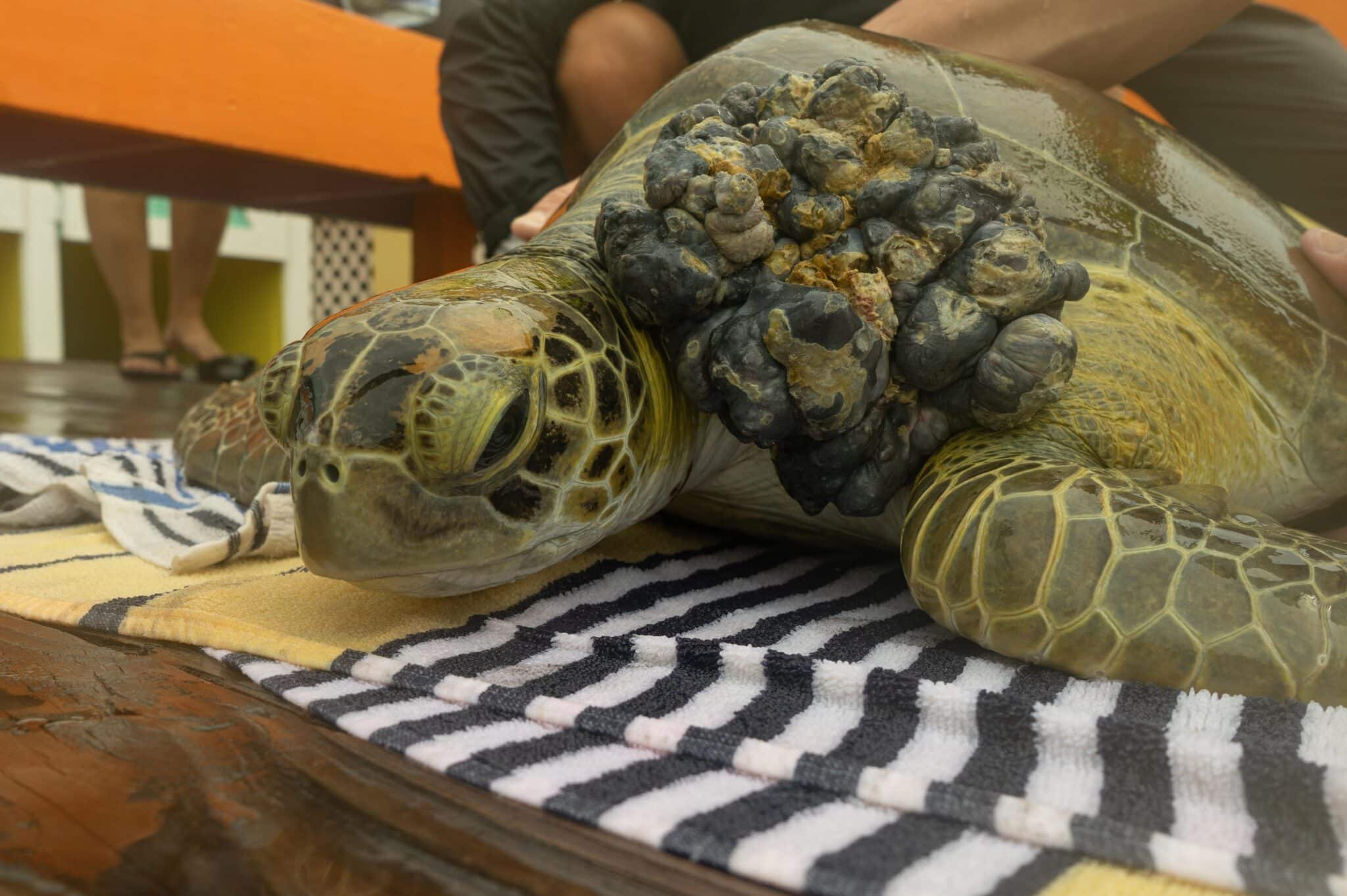 A green sea turtle named Tenora was euthanized in Sept. 2020 after having a large external tumor on her left shoulder and similar ones on her lungs. Tiffany Duong / Ocean Rebels

“Understanding the habitats of green turtles with this alarming FP rate is a crucial step toward elucidating factors that may contribute to the disease,” Zirkelbach said. Because the Florida Keys waters host green sea turtles as they forage and grow, the waters are “of particular concern,” she added.

Currently, threats to sea turtle health globally include environmental degradation, infectious diseases, biotoxins and chemical contaminants. FP has been observed in turtles around Florida, Texas, Hawaii, Africa, Australia, Cuba, Costa Rica, the Caribbean Islands and the Bahamas. It is primarily observed in sea turtles around developed coastlines, and studies suggest a link between FP and human impacts on the environment. Scientists believe the disease, which is related to a herpes virus, might be linked to warmer seas and polluted waters, Zirkelbach said. If this is the case, increases in ocean temperatures linked to the climate crisis could increase disease range and/or prevalence.

The Force Blue team provided primary funding and manpower for the study. The organization’s mission is to redeploy Special Operations veterans into the world of marine conservation. As part of this project, the team trained for and participated in the capture and release of sea turtles on the water for this project. In South Florida, the group has contributed to other notable conservation work, including reattaching 100-year-old coral heads ripped up by hurricanes and helping to restore endangered corals ahead of Super Bowl LV.

The work also serves as a type of in-field, mission-based “therapy” for these warriors and military divers, Zirkelbach added. The veterans enjoy “a new mission and a sense of continued service” in fighting for the planet, Force Blue Executive Director Jim Ritterhoff said. 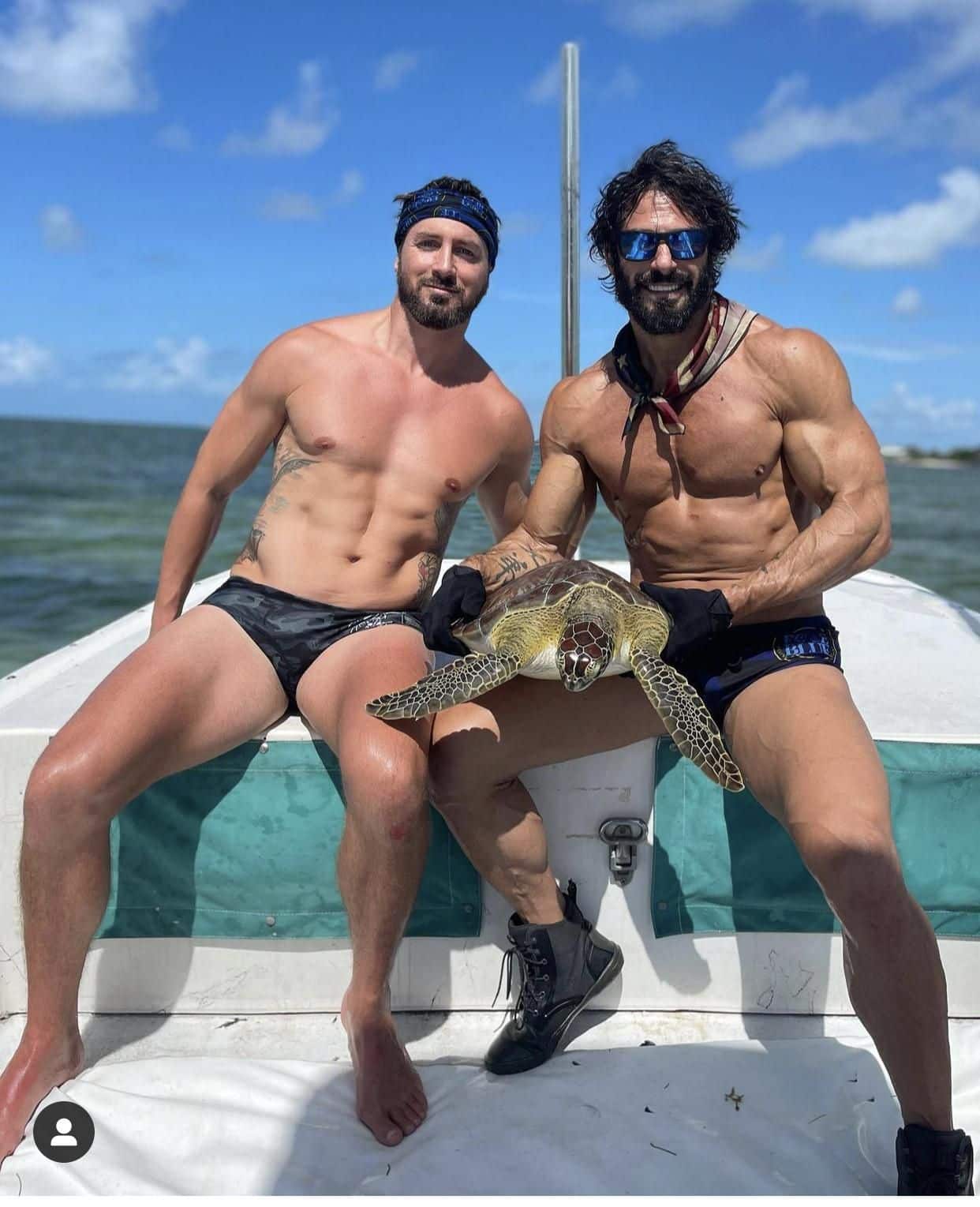 Over 10 days, the field team collected, sampled, tagged and released 38 green sea turtles. All work was conducted pursuant to NMFS ESA Permit No. 21169 and FWC MTP 204.

Next, blood and tissue samples will be processed and analyzed to understand turtle diet, disease prevalence, biotoxins present and everything in between. The research team wants to know what is going on with turtles and what that can teach us about the health of the oceans.

For vulnerable and endangered species like sea turtles, emerging wildlife diseases like FP and other consequences of increased human activities threaten their future. Scientists and conservationists like the study team must come up with “innovative approaches” to help maintain healthy populations until the chronic underlying causes of these issues can be addressed, Zirkelbach said, quoting another study that the Turtle Hospital collaborated on.

So, what’s the takeaway?

Page-Karjian explained. She said, “Sea turtles are considered suitable indicators of ecosystem health, so by understanding their health status, we can get a sense of things that are going right (and wrong) in their preferred habitat — coastal seagrass ecosystems.”

Because turtles are a sentinel for the seas, and due to the connectivity of planetary systems, we can extrapolate to the overall health of the oceans and the planet as we analyze the general state of wellness of sea turtles, Zirkelbach noted. She said, “Sea turtles have survived our planet for over 100 million years. What is happening to the health of sea turtles will eventually affect all life. Important data collected from projects like the Florida Keys Sea Turtle Health Study can help policy makers to better manage our marine ecosystems” for the benefit of all.