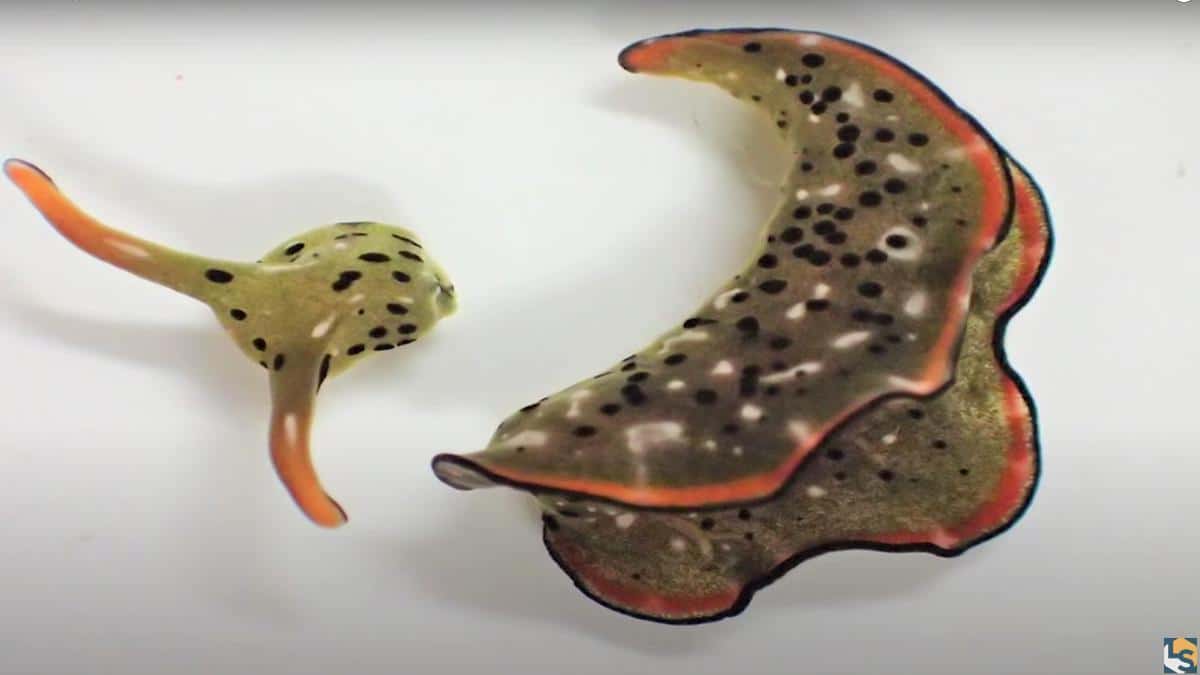 These slugs can remove their bodies from their heads and grow new bodies. Live Science / YouTube

A Ph.D. student at Nara Women’s University in Japan was spending an ordinary day in the lab when she noticed something unusual.

Scientist Yoichi Yusa’s lab raises sea slugs from eggs to study their traits and behaviors. One day, one of the sea slugs under study detached its head from its body, but the head continued to move.

But that’s not what happened. Instead, the severed head continued to move, according to a Cell Press article published by ScienceDaily. After a few days, the wound at the back of its head had healed. After a week, the heart had reformed. After three weeks, the slug had a whole new body.

“I was really happy and relieved when I found it could regenerate the body,” Mitoh told Live Science.

Sacoglossan sea slugs don't mind losing their heads. Not only can the sea slugs elect to detach their heads and survive, but they can regrow a whole new body. Read more in @CurrentBiology https://t.co/7ueo5HL0Vn@NaraWomensUniv
Video: Sayaka Mitoh pic.twitter.com/oL5bh9psQ7

The slug’s feat was an example of autotomy, the process by which an animal voluntarily jettisons a body part and then regenerates it. This has been observed in arthropods, gastropods, asteroids, amphibians and lizards, but it usually involves a limb or a tail.

“We believe that this is the most extreme form of [autotomy] and regeneration in nature,” Mitoh told Live Science.

Mitoh and Yusa observed self-decapitations and body regenerations in five out of 15 young Elysia cf. marginata slugs, CNN reported. The heads would begin to feed again within hours of self-removal. They also observed decapitations in 3 of 82 Elysia atroviridis slugs, and two of these regenerated their bodies within a week.

However, when older Elysia cf. marginata slugs removed their heads, the severed heads did not begin to feed and died within ten days. The discarded bodies of the slugs never regenerated heads, but did continue to move for days to months, Cell Press reported. One slug was able to complete the cycle twice.

The how of the operation is also mysterious. Researchers suspect they have stem cells at the end of their necks that make it possible to regenerate their bodies, according to Cell Press. These slugs also have a unique ability known as kleptoplasty: They can absorb chloroplasts from the algae they feed on and use this to power themselves with photosynthesis. The researchers suspect this helps give them the energy to remove their heads and regrow their bodies. However, they hope to research the slugs, and their unusual ability, further.

“We want to study whether other species of sacoglossans have this ability to study the evolutionary pattern and process of such extreme autotomy and regeneration,” Mitoh told CNN.