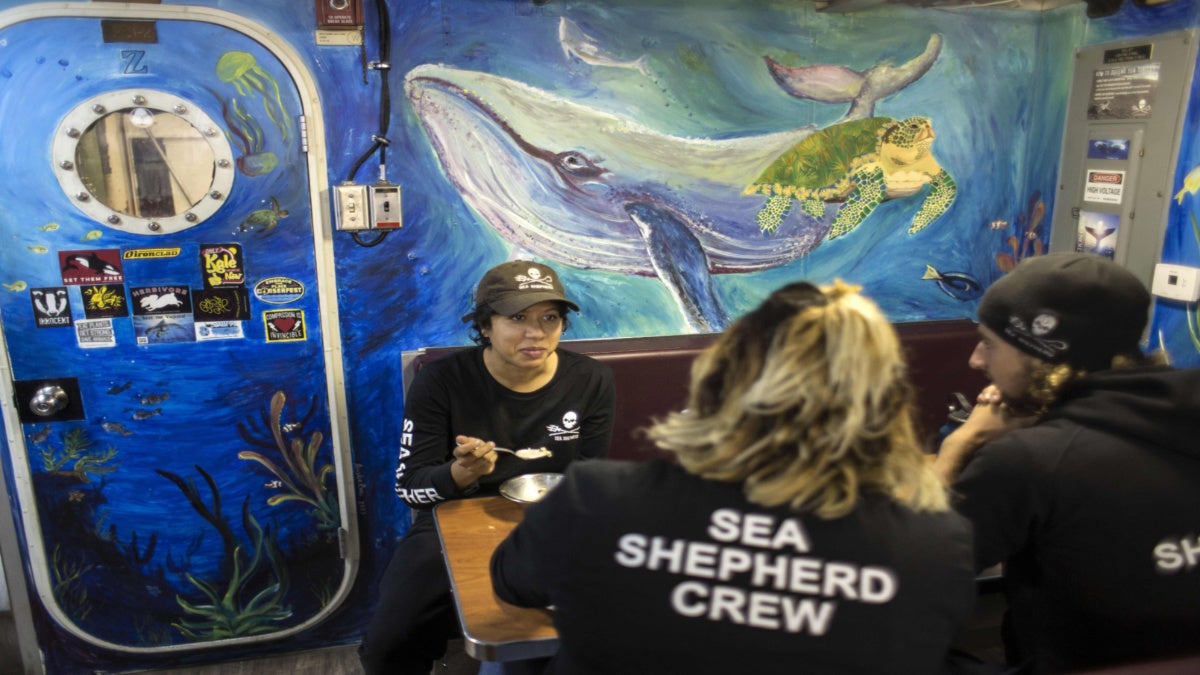 Crew members sail in the Gulf of California, Mexico, on March 8, 2018, as part of the Sea Shepherd Conservation Society's operation to save the critically endangered vaquita porpoise. GUILLERMO ARIAS / AFP / Getty Images

Marine conservation group Sea Shepherd has made the difficult decision to suspend its campaign to protect the critically endangered vaquita porpoise in Mexico’s Upper Gulf of California.

“We haven’t had much choice because we’re dependent upon getting fuel from the Mexican government to do the patrols, and we weren’t able to get the fuel,” Captain Paul Watson, founder of Sea Shepherd, told Mongabay. “We have to send the vessels back to Mazatlán, and once we get there, of course, then we’re not allowed to leave because of the [COVID-19] quarantine.” 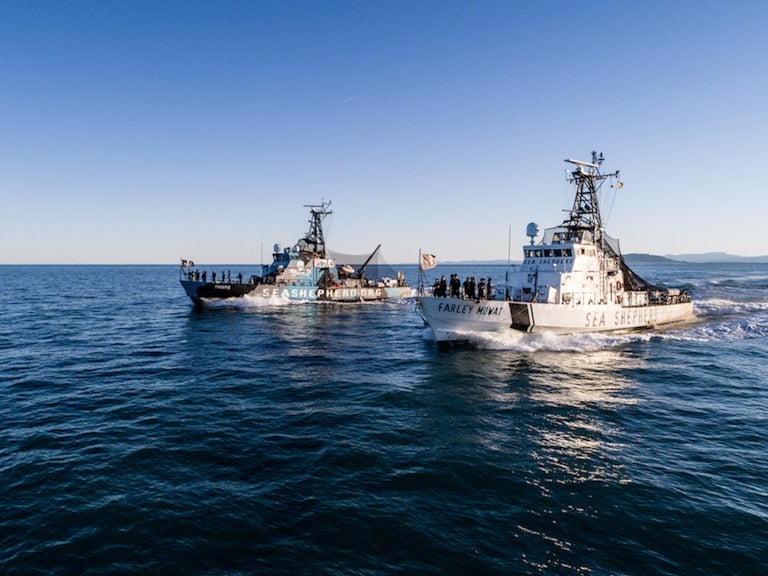 Vaquitas (Phocoena sinus), which are endemic to the Sea of Cortez in the Upper Gulf of California, are on the brink of extinction, although there are different estimates of how many are left. A recent study calculated there to be fewer than 19 vaquitas left as of the summer of 2018. Another report, conducted by the International Committee for the Recovery of the Vaquita (CIRVA), suggested only about 10 individuals remain, although it also stated that there’s a 95 percent chance that 6 to 22 individuals continue to exist.

The biggest threat to the vaquitas is the illegal fishing of totoaba (Totoaba macdonaldi), which, like the vaquita, is classified as a critically endangered species by the IUCN. The totoaba’s swim bladder is believed to have special medicinal qualities in traditional Asian medicine, despite there being no scientific evidence to support this. The bladders, which are used to make a “curative” soup, can fetch prices up to ,000 USD, according to the Animal Welfare Institute (AWI), and they’re regularly trafficked in the global wildlife trade. 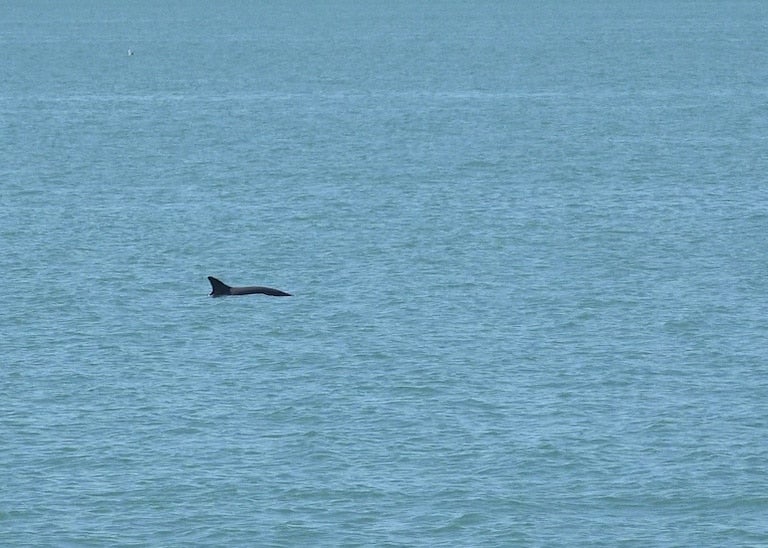 A vaquita surfacing in the Sea of Cortez. Sandra Alba / Sea Shepherd

Since totoabas are about the same size as vaquitas, vaquitas easily get caught in the gillnets meant to capture totoabas. Gillnets are also used to catch shrimp in the Sea of Cortez, which wreaked further havoc on the vaquita population.

In 2015, the Mexican government placed a two-year ban on gillnet fishing in the Sea of Cortez, and in 2016, it announced a total ban on gillnet fishing. Despite these legislative efforts, fishing has continued in the area. During a patrol in October 2019, Sea Shepherd reported seeing more than 70 fishing boats in the vaquita’s critical habitat. 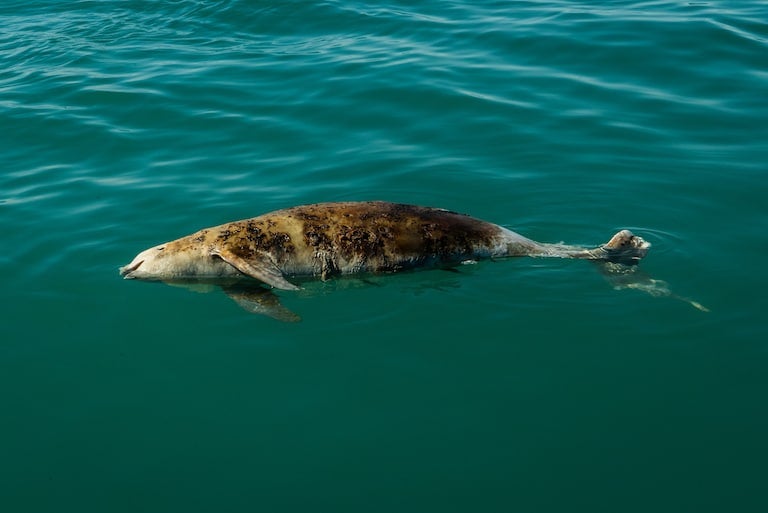 Last month, the US National Marine Fisheries Service (NMFS) announced that it would ban all imports of Mexican shrimp and other seafood caught in the vaquita’s refuge, an action taken under the Marine Mammal Protection Act (MMPA). Conservationists hope this latest step will provide enough protection to help the vaquita survive.

“This is exactly how the law protecting marine mammals is supposed to work: if Mexico’s fisheries kill vaquita at a rate that violates US standards, the US must ban imports,” Zak Smith, senior attorney at the Natural Resources Defense Council (NRDC), said in a statement. “Mexico has no choice but to eliminate the destructive fishing taking place in the northern Gulf of California that is driving the vaquita to extinction. It’s the only hope the vaquita has for survival, and it is required if Mexico wants to resume exporting these products to the United States.” 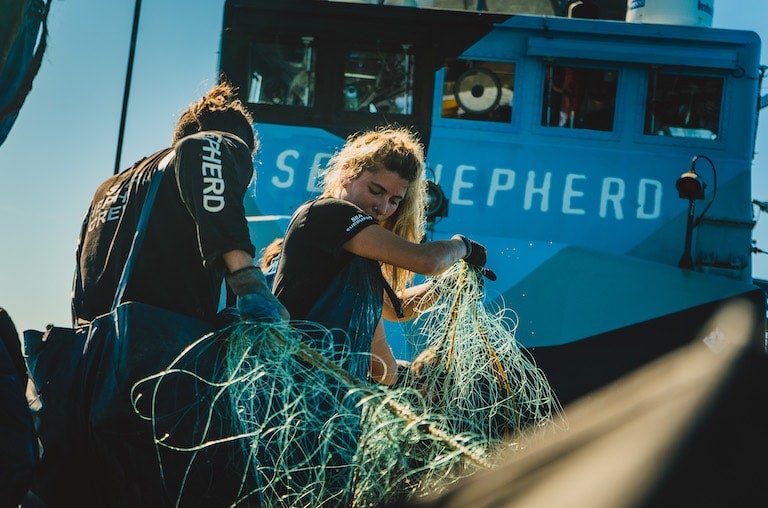 Sea Shepherd has spent the last six years patrolling the vaquita refuge, often with scientists and photographers on board to collect data on the vaquitas and to conduct acoustical monitoring. The group has also retrieved 1,200 pieces of illegal fishing gear from the vaquita habitat, according to a statement on its website.

While Sea Shepherd isn’t able to be in the Sea of Cortez right now, the Mexican navy will be monitoring the waters, Watson said. Fshing activities may decrease during the COVID-19 pandemic, but it’s also possible that poaching will continue — or even increase. “Poachers take advantage of opportunities,” Watson said.

Sea Shepherd crew will return to the vaquita refuge as soon as it can. 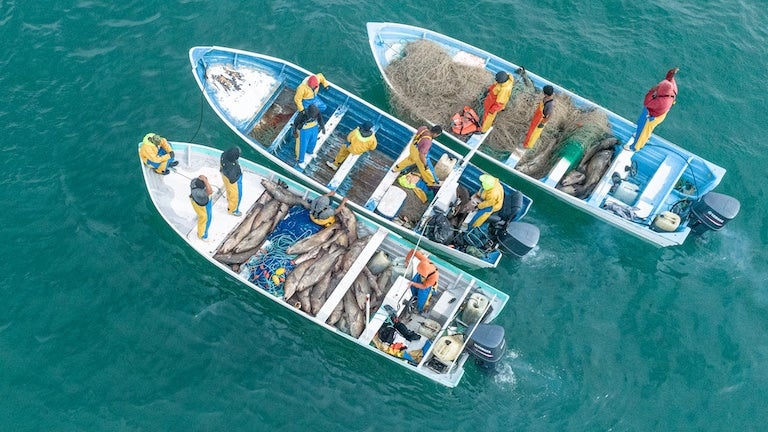 The vaquita may be fighting for survival, but Kate O’Connell, marine wildlife consultant at AWI, believes there’s still hope.

The vaquita sightings demonstrate that vaquita remain, and those that have been spotted appear healthy,” O’Connell said. “New research … shows that vaquita may reproduce annually, which would increase the species’ potential to recover from its current low numbers. While the situation is daunting, other marine mammal species have come back from extremely low numbers, including the northern elephant seal, which was nearly exterminated in the 19th century, and has rebounded from less than 100 individuals to well over 100,000.”

Editor’s note: Captain Watson has clarified his comment to say that Sea Shepherd is not actually dependent on the Mexican government for fuel, and that the organization has been unable to obtain fuel because of ports being closed and resources not being guaranteed during the COVID-19 crisis.