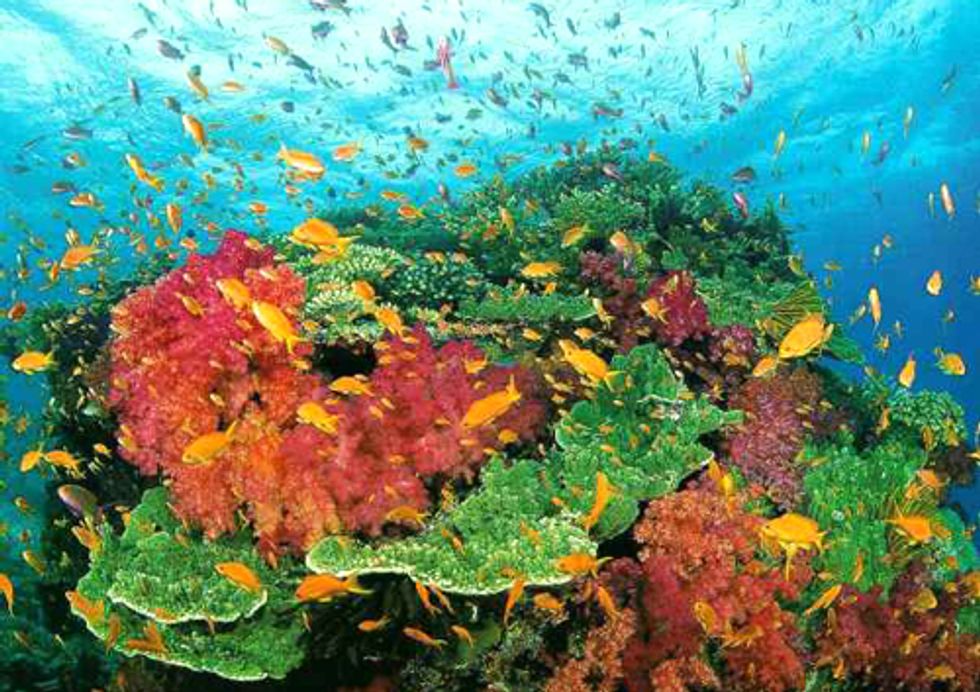 Sea Shepherd Conservation Society, the world’s leading marine conservation organization, has announced it is offering its expertise, vessels and resources to help patrol and protect Australia’s newly established and world’s largest marine reserve, the Coral Sea, in an effort to help safeguard this magnificent ocean resource and its marine life.

After a lengthy public comment period, The Australian Government announced Thursday it had taken a bold step to establish the ocean preserve. The action represents a decisive moment in the conservation and management of Australia's waters. Much like the national park system on land, marine sanctuaries are now a necessary, customary and mainstream part of Australia's national agenda to shield against the unprecedented threats facing its unique marine ecosystems.

Conservationists agree enforcement will be key to the success of the newly established network of marine parks. Without it, foreign fishing vessels will continue to exploit the region’s fragile ecosystems through poaching, over-fishing, shark-finning and other illegal activities.

Former MP Mr. Lindsay said the Great Barrier Reef Marine Park Authority should be in charge of monitoring the world's largest protected marine park.  "There's no point in having a marine park unless you can patrol it and police it," he said.”  He added: “They would have to receive adequate funding, they can't do it in their existing budget. Even if it does take another $10 million, it's money well spent.”

In response to the Australian Government’s remarks, Sea Shepherd is offering its assistance to collaborate and employ its resources and expertise to protect the waters from foreign fishing vessels illegally operating inside the new Coral Sea marine sanctuary, providing an enforcement solution that would be at no cost to the Australian taxpayer.

Sea Shepherd would also provide vessels and welcome members of the Great Barrier Reef Marine Park Authority, or other appropriate Australian authorities, to be represented on board ships on patrol in the Coral Sea.

The organization would work alongside the appropriate Australian authorities to design strategies, implement appropriate programs and facilitate prosecution of illegal fishing activities.

Sea Shepherd has a long legacy of successfully defending and preserving marine ecosystems and animals worldwide and the group has a very strong base of support in Australia. Its program in Galapagos Islands, Ecuador, is a model example of how its organization can support a local government in protecting its shark population and marine ecosystems. Sea Shepherd has contributed more than $4 million dollars toward the acquisition of a patrol boat, the installation of vessel identification systems, training, enforcement, a team of fin-sniffing patrol dogs and legal support for prosecution. It has been commended by the Galapagos government, Navy and Marine Reserve officials. Working in cooperation with these officials, Sea Shepherd is protecting the rich waters of the Galapagos from poachers and illegal international fishing fleets who aim to plunder local economies and ecosystems.

“Sea Shepherd is prepared to work with any government or local agency to protect their waters,” says founder Captain Paul Watson. “We have resources and experience unlike those of other conservation organizations including world-wide awareness and support, ongoing program implementation, media relations know-how, training, shark fin-sniffing dogs and vessel identification systems.  We stand ready to put our enforcement expertise to work for Australia’s Coral Sea for the long term."

Established in 1977, Sea Shepherd Conservation Society (SSCS) is an international non-profit conservation organization whose mission is to end the destruction of habitat and slaughter of wildlife in the world’s oceans in order to conserve and protect ecosystems and species. Sea Shepherd uses innovative direct-action tactics to investigate, document, and take action when necessary to expose and confront illegal activities on the high seas. By safeguarding the biodiversity of our delicately-balanced oceanic ecosystems, Sea Shepherd works to ensure their survival for future generations. Founder and President Captain Paul Watson, is a world renowned, respected leader in environmental issues. Visit www.seashepherd.org for more information.