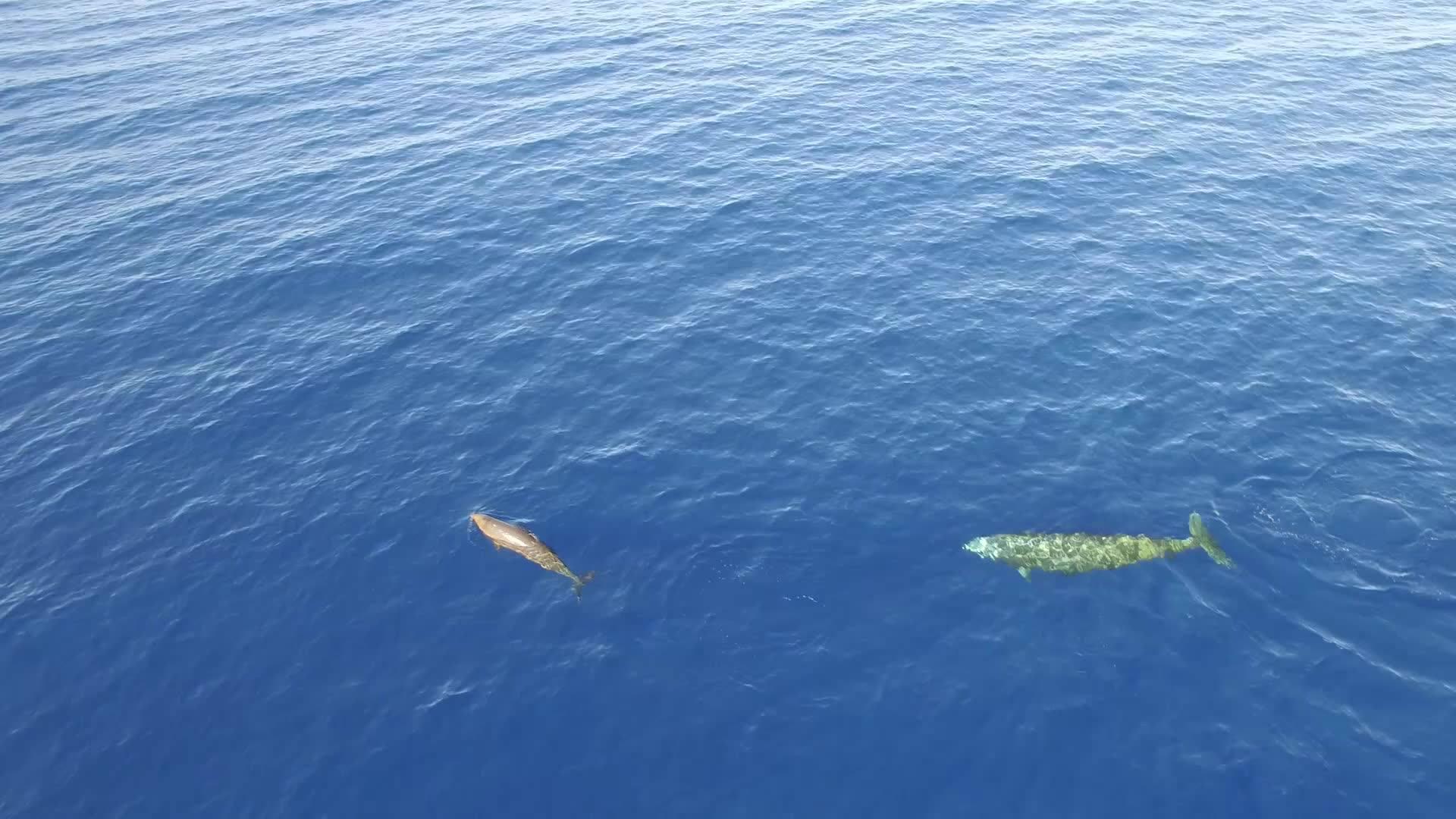 During the two-week expedition, Mexican lead-scientist Gustavo Cardenas and American collaborator Jenny Trickey, deployed various acoustic devices to compare their effectiveness. The scientists will return and leave these devices for a longer period of time.

The acoustic instruments record the whales’ echolocation clicks, helping scientists estimate the distribution and abundance of Cuvier’s at the Island. Some of these instruments are also the same ones used by Cardenas in the northern Gulf of California to estimate the population trends of the near-extinct vaquita porpoise.

Guadalupe Island is a Mexican reserve famous for its large congregations of great white sharks between the months of August and December. However, according to Cardenas, “what most people don’t know is that in addition to large numbers of sharks we can also find the rarely seen Cuvier’s beaked whales here.”

Cuvier’s beaked whales are considered the most extreme mammal divers in the world, with the ability to dive down to almost 10,000 feet or 3000 meters—roughly the length of eight Empire State Building. They can stay under water for up to two hours and only need a few minutes of surface oxygen before going back down.

“Their exceptional diving ability makes them hard to study, in comparison to most whales which surface every 20 minutes or so,” added Trickey.

On May 20, the R/V Martin Sheen captain and drone pilot Fanch Martin recorded the first ever seen drone images of a Cuvier’s beaked whale.

“I have been recording many cetaceans for our 2017 research projects in Mexico,” said Captain Martin. “We recorded migrating blue whales and many fin whales in the Gulf of California, but these beaked whales were a lot more difficult to capture. Because they take a very long time after each dive to surface, and only stay up for a few minutes, I had the drone ready at all times. It was launched as soon as a whale was sighted.”

It took a few attempts, but Captain Martin was able to capture a mother and calf, and later, three more individuals of this species. The scientists on board the Sheen were thrilled with the achievement, “The drone footage gives you a new view into these animals’ lives so we can see things we didn’t know before, like how they are turning their heads a lot and looking at each other,” said marine conservation scientist Dr. Barbara Taylor.

This expedition marks Sea Shepherd’s return to Guadalupe Island with scientists. The sailing boat was there last year with a group lead by Cardenas, including Trickey of the Scripps Institution of Oceanography. During the October 2016 expedition they reported the highest sighting rates of Cuvier’s beaked whales ever recorded.

“I have studied Cuvier’s in many places but this is the highest density of Cuvier’s I have ever seen,” commented expert in cetacean abundance and estimation, Dr. Jay Barlow, who assisted with the trials of the acoustic devices.

Sightings of a mother and her calf also show scientists that Guadalupe could be a breeding ground for these whales. The discovery of such a large number of Cuvier’s beaked whales around the island both last October and now in May suggests to scientists that this could be a resident population, an idea that is supported by several matches in the photo identification catalog of the species for this island.

“This is the first effort to research Cuvier’s in Guadalupe Island during the month of May,” said Cardenas. “We had 24 sightings on this trip along with 2 pairs of mothers with very young calves, one of them born since we photographed the mother last October. The expedition has been a success. We were able to record individuals with our acoustic devices and the next step is to come back and leave them in the water for longer periods. We are excited about the possibilities of what there is still to discover.”