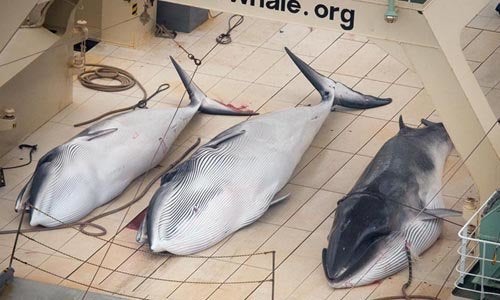 Environmental activist group Sea Shepherd warned Japan against resuming “research” whaling in the Antarctic in defiance of an international court of justice ruling that it cease the practice and called on the Australian government to intervene.

After a decade of activism by Sea Shepherd and other groups, Japan was forced to abandon its 2014-15 Southern Ocean hunt after the International Court of Justice said the annual expedition was a commercial activity masquerading as research. But on Saturday, Japanese media reported it would start again soon, despite a call by global regulators for more evidence that the expeditions have a scientific purpose. Japan’s Yomiuri Shimbun and other media said the Japanese fleet could depart possibly by the end of December. 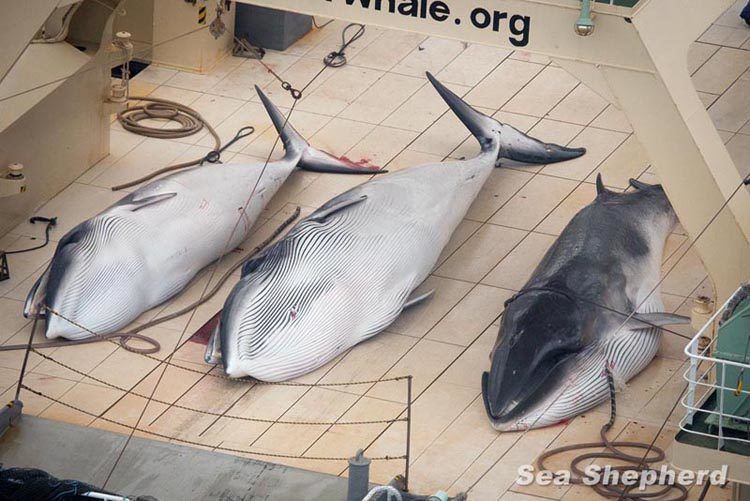 Despite international disapproval, Japan has hunted whales in the Southern Ocean under an exemption in the global whaling moratorium that allows for lethal research.

On Saturday, the Japanese Fisheries Agency officially notified the International Whaling Commission (IWC) that it is readying the harpoons of its whaling fleet to return to the waters of Antarctica.

Sea Shepherd has again called on Australian Prime Minister Malcolm Turnbull to intervene to ensure that the whale poachers do not depart from Japan.

“Prime Minister Turnbull has a duty to ensure that the dire matter of Japan’s whale poaching operations is at the top of the agenda when he visits Japan in December,” said Sea Shepherd Australia Managing Director, Jeff Hansen. “It must be made clear to Japan that whaling in the Australian Whale Sanctuary is a criminal act and that Australia has the international responsibility to intervene and arrest criminals operating in our waters,” he continued.

On March 31, 2014, the International Court of Justice (ICJ) declared Japan’s whaling program to be commercial and illegal and ordered that it immediately cease.

Initially, the government of Japan said that it would abide by the ruling. However, within months Japan had unveiled its plans for new whaling program titled NEWREP-A, under which a further 4,000 protected Minke whales would be slaughtered over a 12 year period.

The Sea Shepherd ship Steve Irwin, currently docked in Melbourne, Australia, has been undergoing preparations for the organization’s second campaign to target illegal toothfish operators in the Southern Ocean. 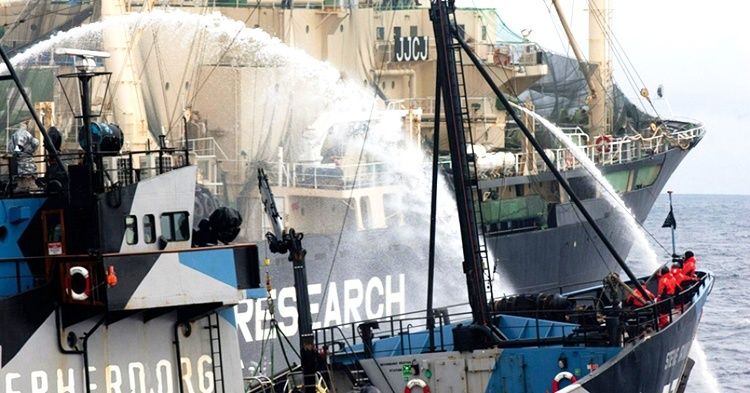 “Sea Shepherd is an anti-poaching organization. We are ready to find, document, report on and where possible intervene against poaching operations that threaten the precious balance of life in the Southern Ocean; whatever form those poachers might take, whatever life they threaten,” said Cornelissen. “If Sea Shepherd comes across criminal activity, then our history speaks for itself. We will, as always, directly intervene to prevent that crime from taking place,” he concluded.

In April 2013, Japan announced its whaling haul from the Southern Ocean was at a record low because of “unforgivable sabotage” by activists from Sea Shepherd.