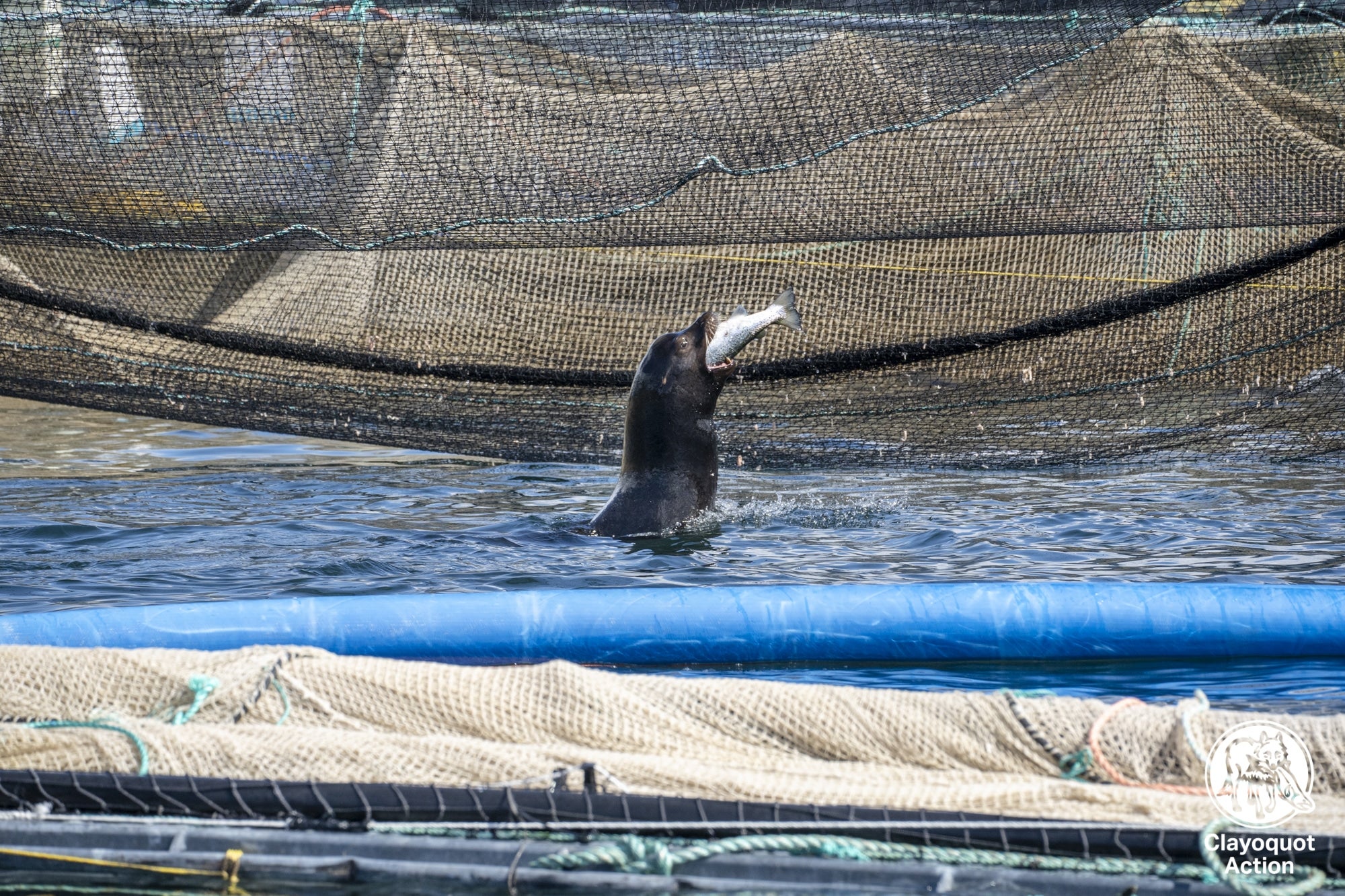 Sea lions that encountered a salmon farm near Tofino — a town on Vancouver Island, British Columbia — have been helping themselves to a fish feast for weeks. The Rant Point farm is owned by Cermaq, a company based in Oslo, Norway, that operates fish farms in Canada, Norway and Chile.

Sea lions hunt in groups by herding fish into balls and catching single fish from around the rims, according to Manchester Metropolitan University. They generally hunt together when there is an abundance of prey and alone when prey is in short supply.

Imagine the delighted surprise of the sea lions when they came upon the salmon, already herded and waiting to be eaten. According to a statement by Cermaq, the sea lions accessed the fish by jumping over the stanchions of the salmon pens, reported CBC News. After gaining access, they began doing what sea lions do when they encounter schools of fish ⁠— they ate. And ate. And ate.

Two dozen or more sea lions were making meals of the salmon from more than one pen.

“They are having an all-you-can-eat buffet right now,” said Bonny Glambeck, co-founder of the conservation society Clayoquot Action, as CBC News reported.

A single pen at Cermaq’s Rant Point farm can hold up to 20,000 salmon, reported the Toronto Star.

Attempts to get the sea lions to leave, including with the use of loud noises, have failed, and local conservation groups are concerned that the sea lions are in increasing danger, The Guardian reported.

“We witnessed the sea lion going over one of the fences jumping right into a ‘bird net’, which is [a] suspended net above the pens. He struggled for quite some time to free himself,” Glambeck said, as reported by The Guardian.

A statement by Cermaq to the Toronto Star said harvesting of the salmon at the Rant Point site will be completed by the third week of April.

In 2007, 51 California sea lions got caught between nets at a fish farm in Tofino Inlet and drowned, and just three years later four seals and 65 sea lions died at a farm in Gold River, British Columbia, CBC News reported.

In the midst of environmental and Indigenous peoples’ concerns about wild fish being contaminated by pathogens from fish farms, the federal government promised to phase out fish farming with net-pens by 2025, reported the Toronto Star.

“It’s the equivalent of putting a cattle feedlot in the middle of Banff National Park and then being surprised when the bears and wolves show up,” said Glambeck, as the Toronto Star reported. “To avoid these kinds of interactions, I think we need to remove these farms.”