Sea Level Rise Is Speeding up Along Most of the U.S. Coast 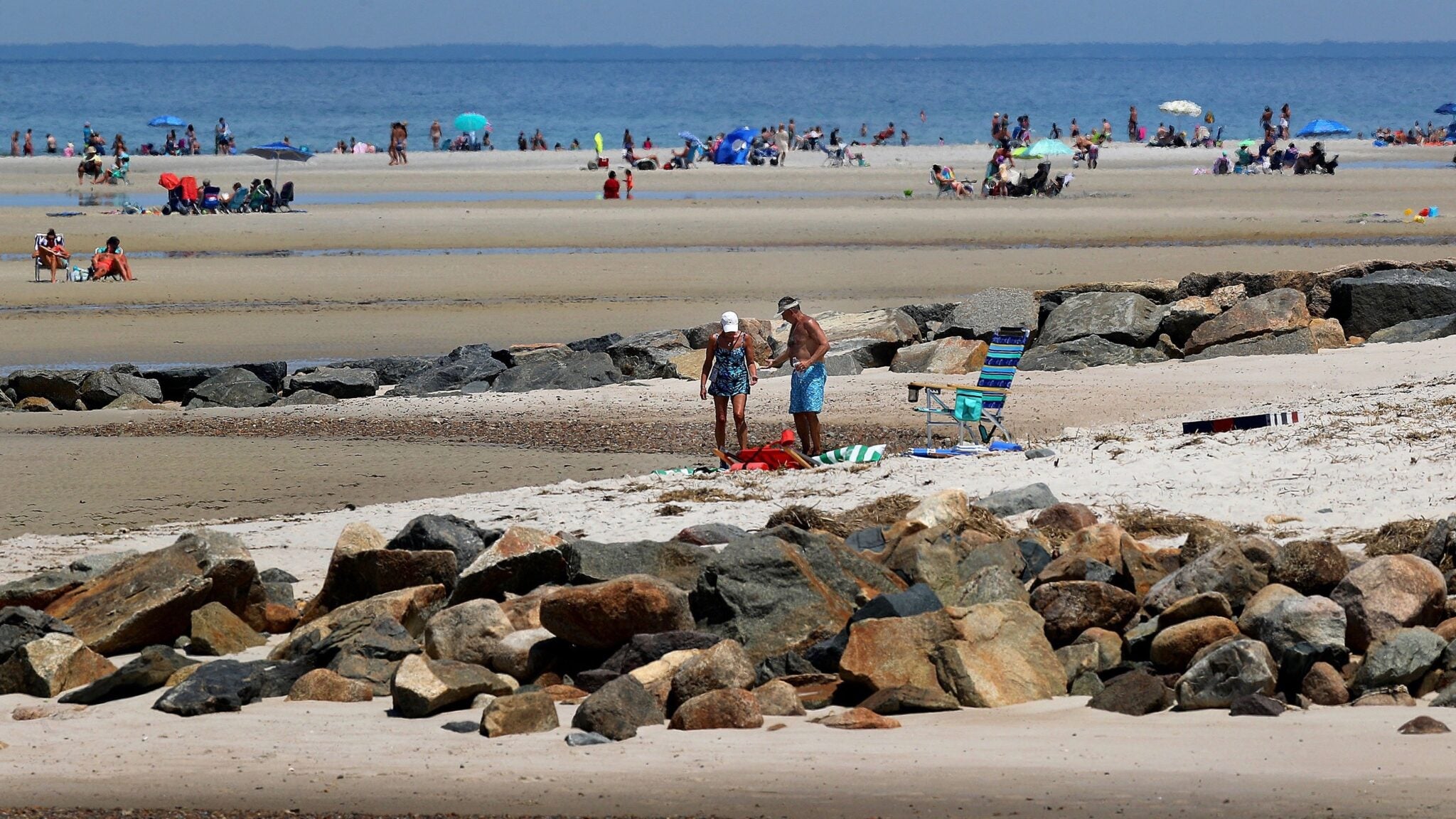 The beach at Dr. Botero Road in Dennis, MA, which is on the verge of collapse nearly every winter due to erosion and sea level rise, is pictured on July 8, 2019. The town has dumped ton upon ton of sand into the beach in a process called nourishment. John Tlumacki / The Boston Globe / Getty Images

Sea level rise in most of the U.S. is speeding up.

That’s the conclusion of William & Mary’s Virginia Institute of Marine Science (VIMS) latest annual sea level “report card” that measures tide gauges at 32 locations along the U.S. coast. At 25 of the 32 sites, sea level rise accelerated at higher rates in 2019 than it did in 2018.

“Acceleration can be a game changer in terms of impacts and planning, so we really need to pay heed to these patterns,” VIMS emeritus professor John Boon said in a university press release.

Annual #SeaLevel report cards: water levels rose at higher rate in 2019 than 2018 at 25 of 32 stations along #UnitedStates #coastline; data adds to trend in acceleration https://t.co/vKRg5NXjsM pic.twitter.com/CYIvgCkKDX

The National Oceanic and Atmospheric Administration (NOAA) has said that if greenhouse emissions are not reduced, sea levels could rise 8.2 feet from 2000 levels by 2100, The Guardian reported.

The VIMS researchers said their findings suggest that U.S. coastal cities may need to start planning for that worst-case scenario.

“We have increasing evidence from the tide-gauge records that these higher sea-level curves need to be seriously considered in resilience-planning efforts,” VIMS marine scientist Molly Mitchell said in the press release.

The researchers said that sea level rise began to accelerate in 2013 and 2014 due to the movement of the ocean and the melting of ice sheets.

So far, sea levels are rising faster on the East and Gulf Coasts than on the West Coast. In the case of the Gulf Coast, fossil fuel extraction is attacking the land on two fronts. Emissions contribute to the climate crisis, which raises sea levels, and the pumping of oil causes land to sink. In 2019, the three locations that saw the highest rates of sea level rise were all on the Gulf: Grand Isle, Louisiana at 7.93 millimeters per year (mm/yr), Rockport, Texas at 6.95 mm/yr and Galveston, Texas at 6.41 mm/yr.

Sea level rise rates did also accelerate in seven of eight West Coast stations measured, with the exception of Alaska.

“Although sea level has been rising very slowly along the West Coast,” Mitchell said, “models have been predicting that it will start to rise faster. The report cards from the past three years support this idea.”

This change would be due to shifting wind patterns caused by the Pacific Decadal Oscillation.

The VIMS researchers said their annual reports were useful because they are more frequent and localized than other sea level projections.

“Our report cards show what sea level has been doing recently, what’s happening now at your locality. Numerous studies show that local rates of sea-level rise and acceleration differ substantially from the global rates published by the IPCC and NOAA—a key result because local rates of relative sea-level rise give a direct indication of the extent to which homes, buildings, and roads are at risk of flooding,” Boon said.

Forty percent of the U.S. population lives near the coast, according to The Guardian. If sea levels rise six feet by 2100, 13.1 million coastal Americans could be displaced, The Guardian reported in 2016.