Sea Level Rise Could Be Worse than We Think 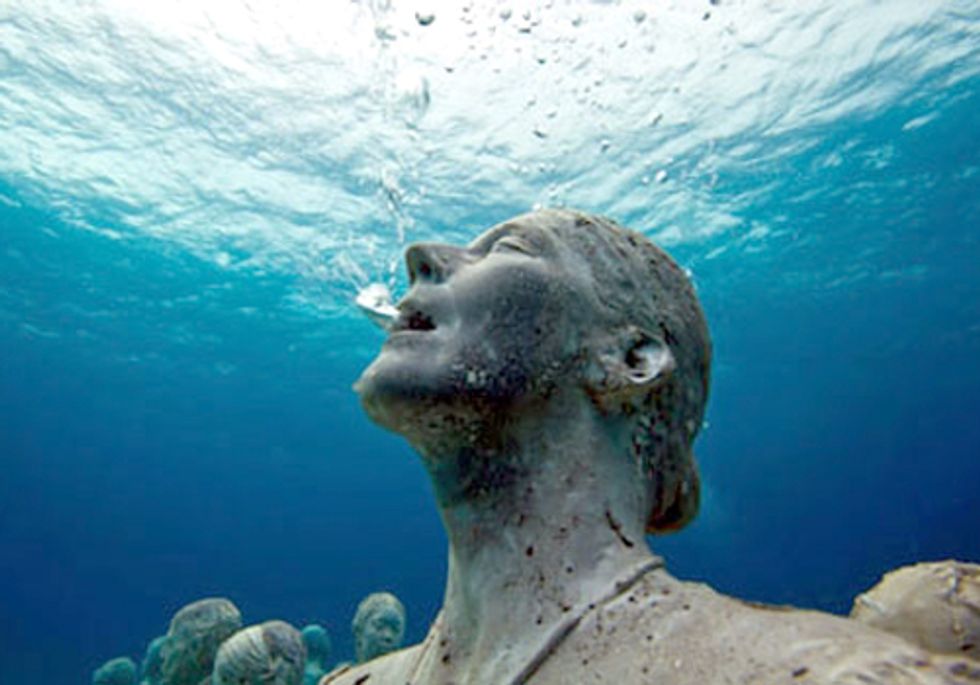 A new analysis released July 12 in the journal Science implies that the seas could rise dramatically higher over the next few centuries than scientists previously thought—somewhere between 18-to-29 feet above current levels, rather than the 13-to-20 feet they were talking about just a few years ago.

The increase in sea level would largely come from the partial melting of giant ice caps in Greenland and Antarctica, which have remained largely intact since the end of the last ice age, nearly 20,000 years ago. But rising global temperatures, thanks to human greenhouse-gas emissions, have already begun to melt that ancient ice, sending the sea level up 8 inches since 1880 alone, with as much as 6 feet or so of additional increase projected by 2100.

That’s not enough to inundate major population centers by itself, but coupled with storm surges, it could threaten millions of Americans long before the century ends. Around the world, sea level rise will put trillions of dollars in property at risk within the next few decades.

Twenty-nine feet of sea level rise, by contrast, or even 18, would put hundreds of coastal cities around the globe entirely under water, displacing hundreds of millions of people and destroying untold trillions in property. It would, in short, be a disaster of unimaginable proportions.

The only good news, said the study’s lead author, Andrea Dutton, a geochemist at the University of Florida, in an interview: “This isn’t going to happen overnight.” It takes a long time to melt such huge volumes of ice. But since global temperatures are likely to remain high for centuries once they’ve been ratcheted up, it might be inevitable.

This scary new scenario for Earth’s future comes from deep in the planet’s past. Geologists have long known that about 120,000 years ago, the world emerged from an ice age into a relatively warm interglacial period. Before plunging back into the deep freeze, global temperatures rose to about the level where they are now, or maybe a little warmer, and hovered there for perhaps 20,000 years.

Naturally enough, Earth’s glaciers and ice caps melted back significantly, and the ocean rose—and since this so-called Last InterGlacial (LIG) is the best example we have of what happens in a warmer world, scientists look to that time for an idea of where the planet is heading.

Getting a handle on exactly how high the ocean rose back then is complicated, however. Dutton and her co-author Kurt Lambeck, of the Australian National University, went about it by looking for fossilized corals, especially those of species that thrive right at the surface of the sea. Their very existence, therefore, shows just how high the ocean was when the corals were alive.

It’s also straightforward enough to calculate when a particular coral sample was alive, thanks to the same general sort of radioactive dating that gives the ages of ancient humans, for example.

There’s one big complication, though: local changes in sea level can vary a lot from the global average for all sorts of reasons. In the past, scientists have generally left out many of these confounding factors to simplify their calculations. Dutton and Lambeck, by contrast, took them into account.

By itself, the new study would be important enough. But combined with a 2009 paper in Nature, it verges on being downright definitive. The reason: both analyses come to pretty much the same conclusion, using different evidence and different statistical tools. “The fact that both techniques come up with such similar answers,” said Ben Strauss, director of Climate Central’s Program on Sea Level Rise, “is a strong indication that they’re both on the right track.”

What all of this means for future sea level rise isn’t entirely certain. The world was a different place during the LIG, most notably because the Earth’s orbit around the sun was more elongated at the time.

“The Northern Hemisphere,” said Rutgers scientist Robert Kopp, who co-authored the earlier study, “got more intense sun in the summer, while the Southern Hemisphere had a longer melt season.” Overall, however, global temperatures were less than 4°F higher than they are today. If we keep adding heat-trapping greenhouse gases to the atmosphere at the current rate, said Kopp, “we could overshoot that within the next few decades.”

The key question then becomes how long temperatures will remain high, and how the world’s ice sheets will respond—especially the ice in West Antarctica, which could add 20 feet to the world’s oceans all by itself if it melted. Several recent studies suggest that could already be starting to happen.

Even without these new and ominous results, it was already clear that even a moderate amount of sea level rise poses a big danger to people living near the world’s coastlines (Americans can calculate their own risk for the near future by using Climate Central’s “Surging Seas” interactive map).

If the latest research continues to hold up, however, the future may be even riskier than we thought.