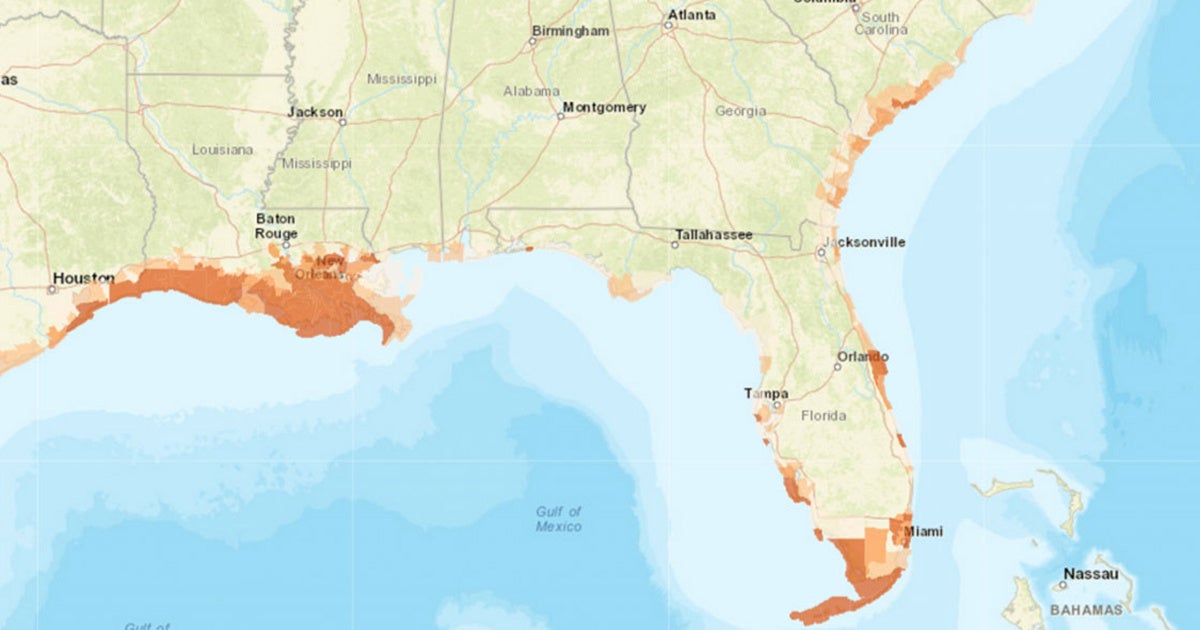 Last week, the Union of Concerned Scientists released a report showing sea level rise could bring disruptive levels of flooding to nearly 670 coastal communities in the U.S. by the end of the century.

Along with the report, UCS published an interactive map tool that lets you explore when and where chronic flooding–defined as 26 floods per year or more–will force communities to make hard choices. It also highlights the importance of acting quickly to curtail our carbon emissions and using the coming years wisely.

Here are a few ways to use this tool:

Sea level rise will expand the zone that floods 26 times per year or more. Within the “Chronic Inundation Area” tab, you can see how that zone expands over time for any coastal area in the lower 48 and for two different sea level rise scenarios (moderate and fast). 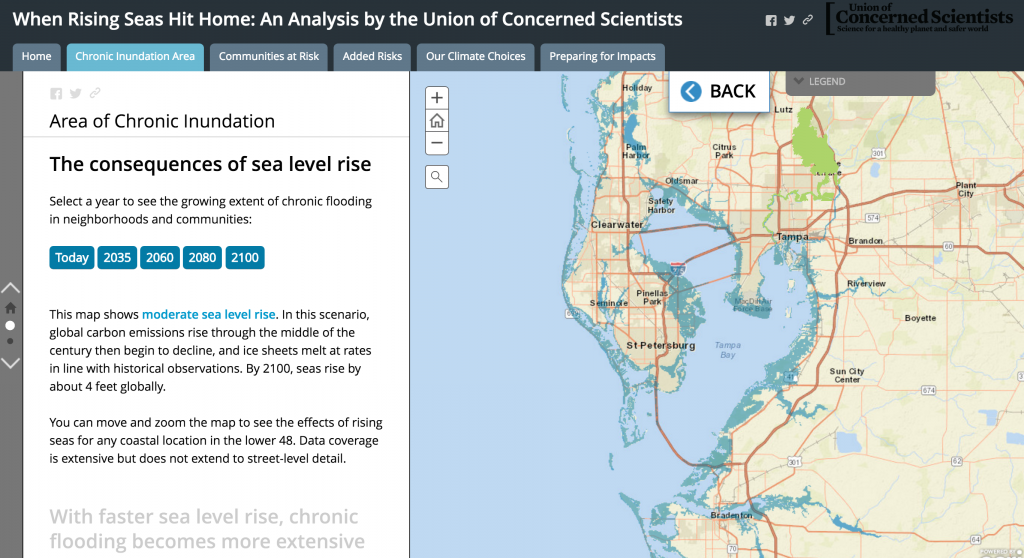 2. Explore which communities join the ranks of the chronically inundated. 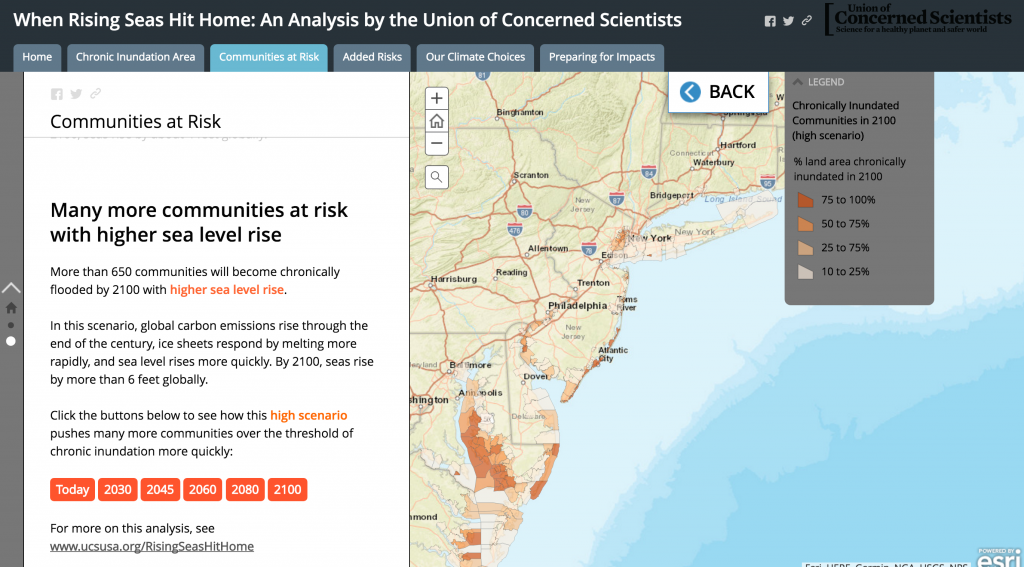 3. Visualize the power of our emissions choices.

Drastically reducing global carbon emissions with the aim of capping future warming to less than two degrees Celsius above pre-industrial levels–the primary goal of the Paris agreement–could prevent chronic inundation in hundreds of U.S. communities. Explore the “Our Climate Choices” tab to see the communities that would benefit from swift emissions reductions. 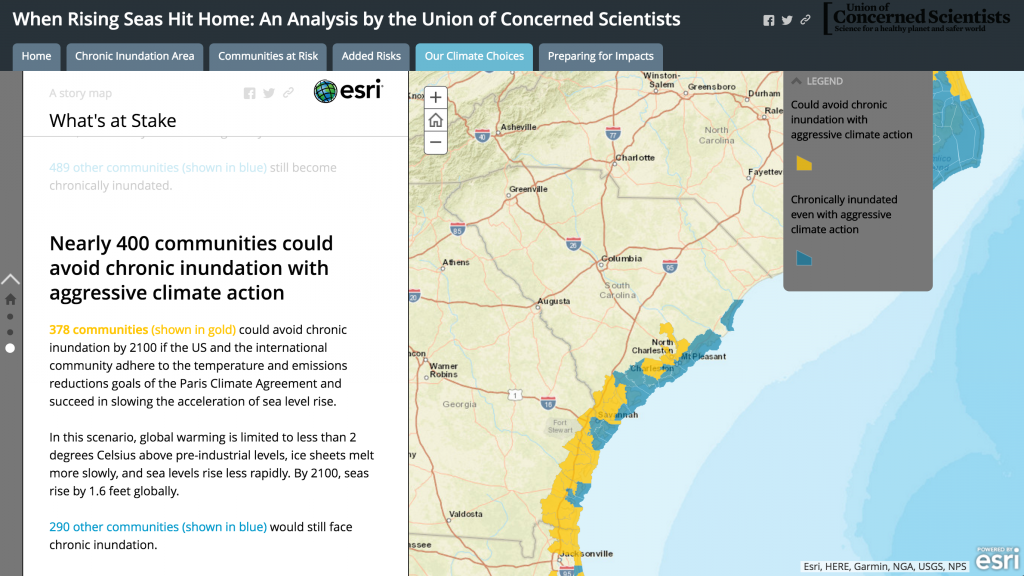 Explore how slowing the pace of sea level rise could prevent chronic inundation in hundreds of U.S. communities.

4. Learn how to use this time wisely.

Our country must use the limited window of time before chronic inundation sets in for hundreds of communities, and plan and prepare with a science-based approach that prioritizes equitable outcomes. Explore our “Preparing for Impacts” tab and consider the federal and state-level policies and resources that can help communities understand their risks, assess their choices, and implement adaptation plans. This tab captures how we can use the diminishing response time wisely. 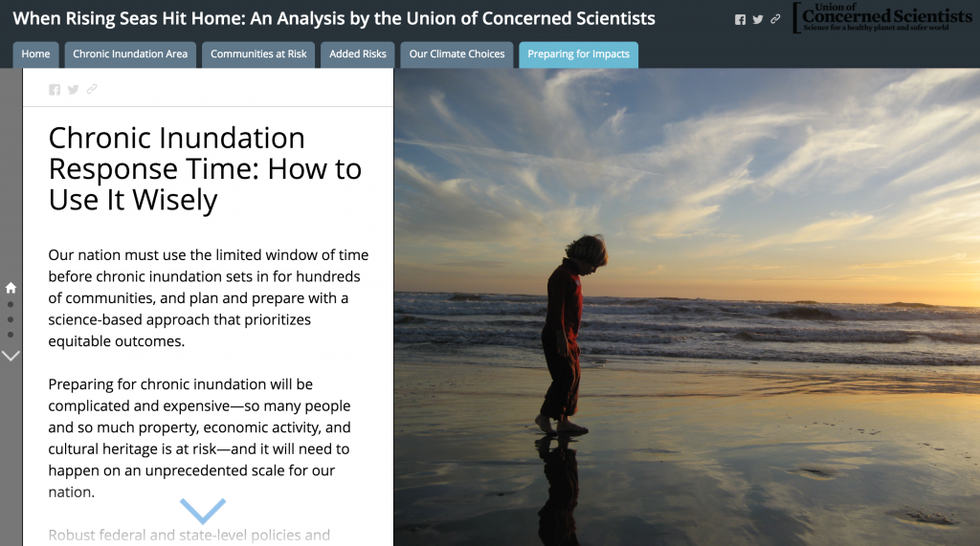 Kristina Dahl is a climate scientist who designs, executes and communicates scientific analyses that make climate change more tangible to the general public and policy makers. Reposted with permission from Union of Concerned Scientist.