Too Much Screen Time May Be Slowing Childhood Brain Development 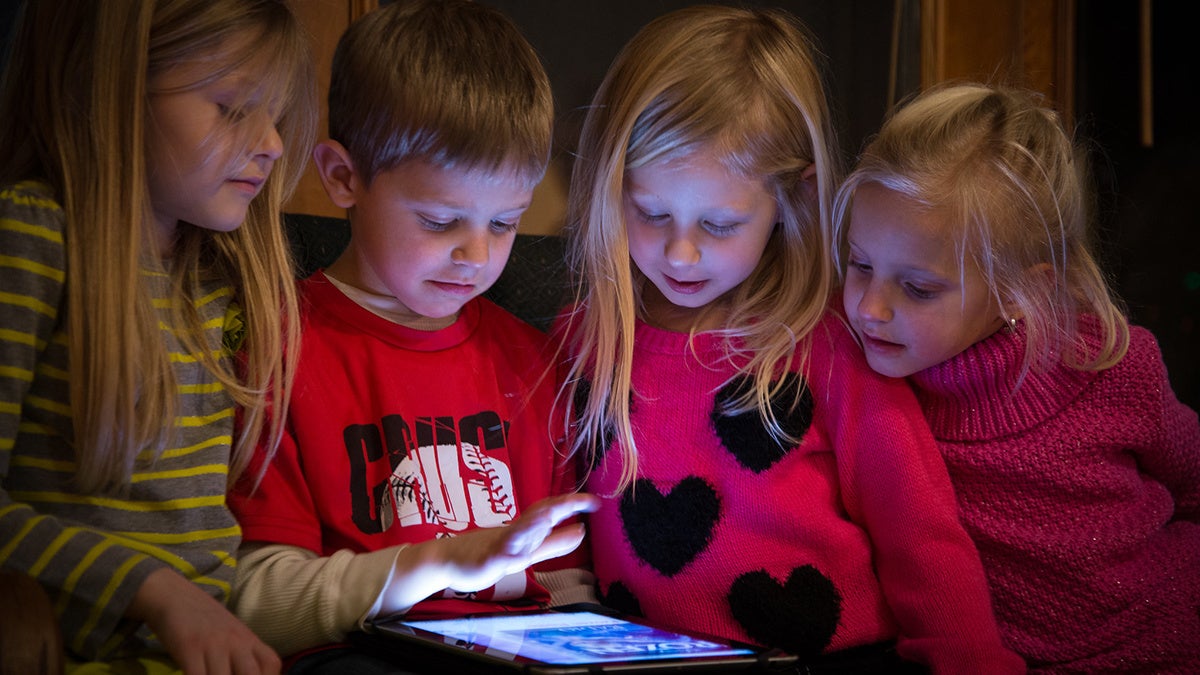 Screen time has become a regular part of learning and playing that only increases from infancy onward. Jim Bauer / Flickr

Young children who spend too much time looking at smartphones, tablets or television screens may have reduced brain development in areas important for language and literacy, a new study has found.

For the study, published this week in JAMA Pediatrics, researchers at the Cincinnati Children’s Hospital Medical Center compared brain scans of 47 otherwise healthy children aged 3 to 5 with parental reports of their screen use.

They found that that children who exceed the one-hour-per-day guideline for screen time set by the American Academy of Pediatrics (AAP) had lower structural integrity of white matter in parts of the brain that are associated with literacy skills such as imagery, mental control and self-regulation.

The children who exceeded the AAP guidelines also performed worse on cognitive tests, according to a press release. For instance, they had lower expressive language and were slower to rapidly name objects in tests of processing speed.

“This is important because the brain is developing the most rapidly in the first five years,” lead author Dr. John Hutton, a pediatrician at Cincinnati Children’s Hospital, told CNN. “That’s when brains are very plastic and soaking up everything, forming these strong connections that last for life.”

The researchers noted that in just one generation, portable electronics have rapidly changed childhood, as screen time has become a regular part of learning and playing that only increases from infancy onward.

The children in the study averaged around two hours of screen time per day, though the highest amount reported was 12 hours per day. Around 60 percent had their own portable electronic device and 41 percent had a screen in their bedroom, The New York Times reported.

But as the researchers point out, the study does not show causation and the screens themselves are probably not directly damaging children’s brains. However, increased screen use may take away from time children would otherwise spend interacting with their families, who may also be using screens instead of interacting, Hutton told CNN.

The quality of these experiences, Hutton told HealthDay, could play an important role in white matter development.

“Kids this age, they need human experiences for their brains to develop optimally and reinforce these tracts,” Hutton told the The New York Times. “We just really need to be careful about making sure kids have access to these same human interactive experiences that probably our brains are wired to require.”

In addition to the one-hour screen time limit for children aged 2 to 5 years old, the AAP recommends families spend established media-free time together and create media-free locations in the home.