Scottish Wind Power Is So Efficient, It Could Power Two Scotlands 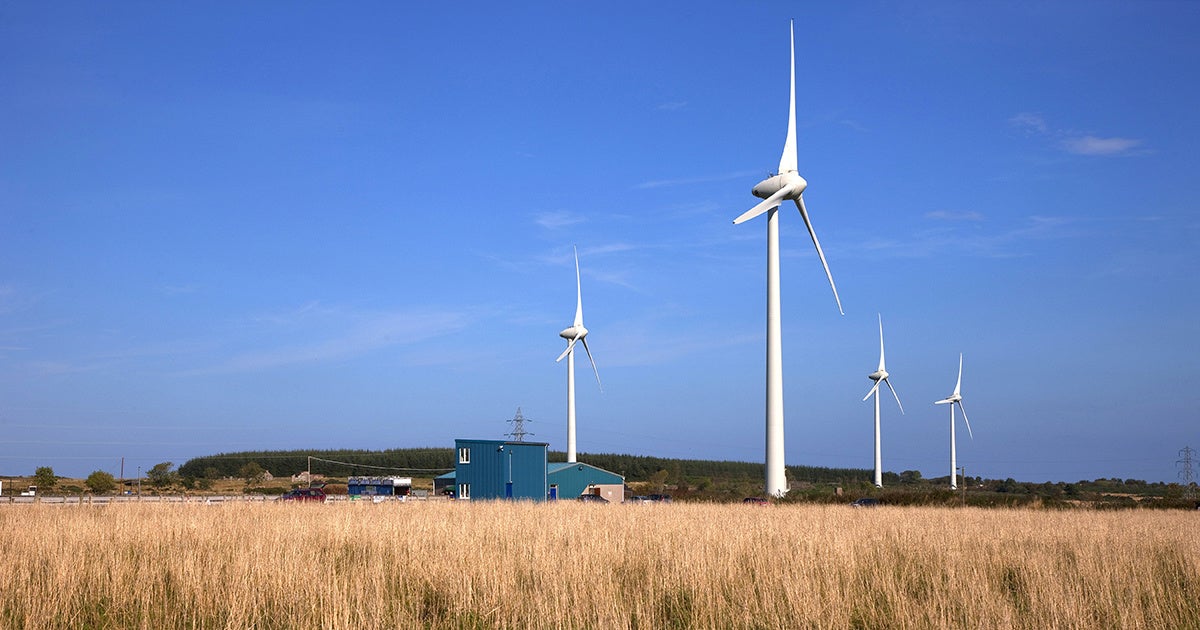 Scotland produced enough power from wind turbines in the first half of 2019, that it could power Scotland twice over. Put another way, it’s enough energy to power all of Scotland and most of Northern England, according to the BBC — an impressive step for the United Kingdom, which pledged to be carbon neutral in 30 years.

The Scottish wind turbines captured nearly 10 million megawatt-hours of electricity in the first six months of the year. That was enough energy to supply power to 4.47 million homes, which is far more than the 2.6 million homes Scotland has, as Science Alert reported.

“These are amazing figures, Scotland’s wind energy revolution is clearly continuing to power ahead,” said Robin Parker, the Climate & Energy Policy Manager at the World Wide Fund for Nature (WWF) Scotland office, in a statement. “Up and down the country, we are all benefiting from cleaner energy and so is the climate.”

March set a new bar for wind energy generation in March with nearly 2.2 million megawatt hours produced in the month, while May was the low-water mark with nearly half that.

“These figures show harnessing Scotland’s plentiful onshore wind potential can provide clean green electricity for millions of homes across not only Scotland, but England as well,” said Parker. “It’s about time the UK Government stepped up and gave Scottish onshore wind a route to market.”

In a world of increasing temperatures, extreme natural disasters, and melting polar caps, renewable energy provides a constant source of good news. More countries are investing in wind, solar, and hydroelectric power. Increased capacity coupled with more efficient technology has made those sources more powerful than ever.

Yet, not every country can produce similar results, which is why Scottish wind energy desperately needs to enter the marketplace. Wind power, like solar power, depends on the right environment to optimize its efficiency. Scotland, with its blustering winds, long jagged coastlines, and steep hills that create wind channels, is a wind power paradise.

It may be difficult for other countries to follow suit. Like with solar power, wind farms need the right environment to maximize their output. Scotland has the advantage of strong wind patterns, ample coastlines and other natural traits that make it paradise for wind power. Its small population also allows it to have excess energy that needs to be exported, providing further evidence that renewables are scaling up to levels where a future without fossil fuels is actually achievable, as Endgadget reported.

The Scottish government wants to supply all of the country’s energy from renewable sources by 2020, according to a policy statement, a target it is likely to meet thanks to the energy production of Scotland’s wind farms.

“These figures really highlight the consistency of wind energy in Scotland and why it now plays a major part in the UK energy market,” said Alex Wilcox Brooke, of Severn Wye Energy Agency, in a WWF Scotland statement.