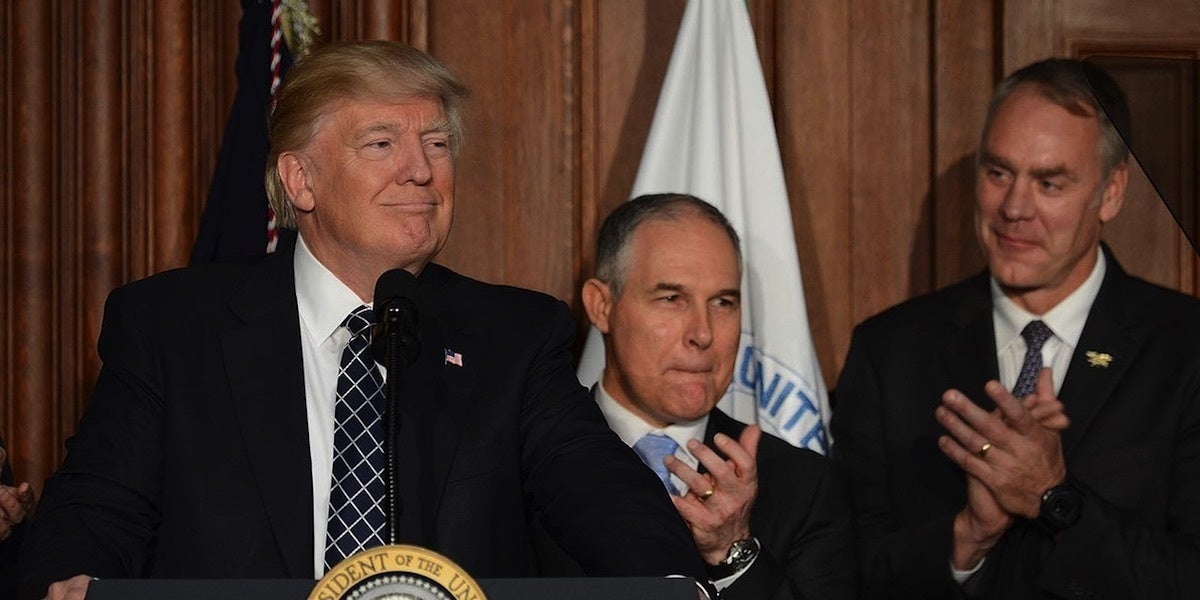 Scott Pruitt, the administrator of the U.S. Environmental Protection Agency (EPA), was voted the worst member of the Trump administration, according to the latest, albeit unscientific, poll from New York Times op-ed columnist Gail Collins.

Last month, the liberal/progressive journalist and winner of this year’s George Polk Award for commentary, asked readers to “select the worst Trump minion.” Collins quipped, “No fair saying everybody.”

Results were published yesterday, and Pruitt—infamous for denying the science of climate change, gutting critical environmental regulations to push for fossil fuels, and flying first class (until recently)—won the poll in a “landslide.”

“They’re all terrible,” a voter commented on Facebook. “But if you want me to choose: Pruitt. A crook, a fraud, a dangerous man.”

“Pruitt, hands down,” another wrote. “He is ruining the environment for us AND future generations. I wonder how long it will take to erase the Trump stain on our nation’s history?”

Collins noted that the “biggest worry on people’s mind was the environment and Pruitt’s capacity to screw it up,” adding that Pruitt’s latest proposed budget
would eliminate the EPA’s climate change research program as well as a government initiative promoting voluntary emissions reductions.

The Democrats of the House Committee on Energy and Commerce
tweeted a sarcastic congratulations to the EPA boss.

Congrats 👋👋 to #PollutingPruitt on being voted the worst cabinet member in the Trump Administration! A real feat given the extreme competition he faced for the award. https://t.co/ewJwAEuCuv

Pruitt nearly won the distinction
the year before, but Secretary of Education Betsy DeVos ended up taking home the dubious prize.

Secretary of the Interior
Ryan Zinke was voted this year’s runner-up. Collins pointed out that Zinke—who has also racked up a serious travel budget like Pruitt—”has bid adieu to five-sixths of the unpaid members of the National Park System Advisory Board—although it’s not actually clear that Zinke knows they’re gone, since he refused to meet with them.”