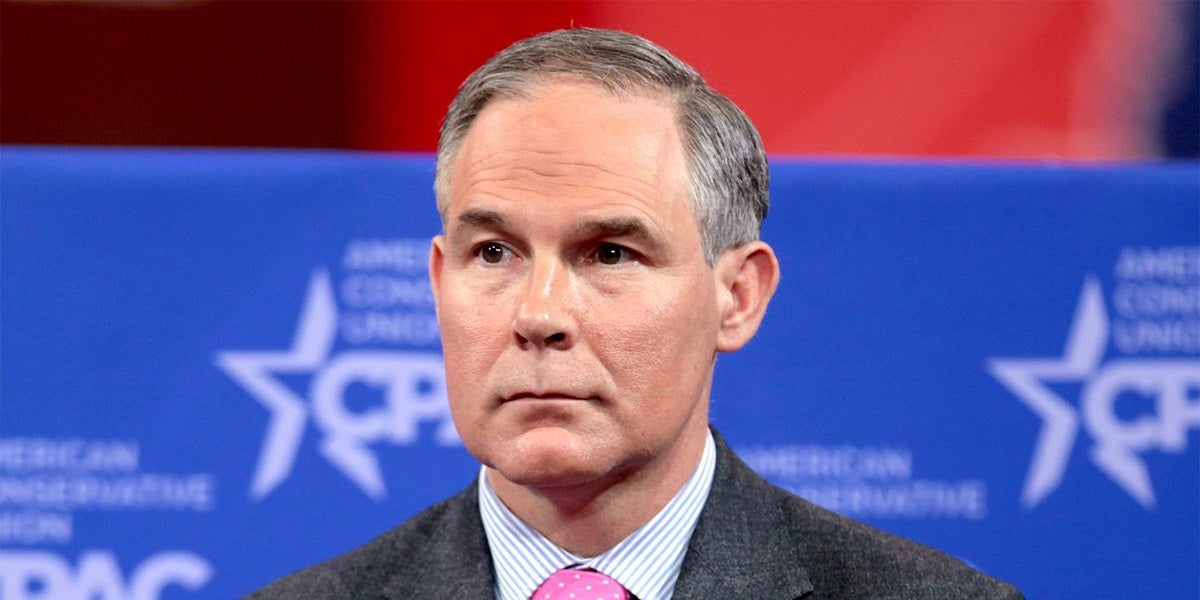 The White House announced Thursday that U.S. Environmental Protection Agency (EPA) Administrator Scott Pruitt has resigned, following months of mounting scandals regarding his misuse of taxpayer funds for his lavish travel expenses, the extreme secrecy with which he ran the agency, his treatment of his staff, and other ethics controversies.

While Pruitt’s management style and ethics-free behavior frequently threatened to distract from his activities as the nation’s top official ostensibly in charge of safeguarding the environment, climate action groups and other green campaigners have repeatedly pointed to his aggressive efforts to undermine the EPA’s stated mission while spearheading the Trump administration’s overall effort to execute a massive giveaway to the fossil fuel industry and other corporate interests.

Any of the dozen outrageous ethics scandals perpetrated by EPA Administrator Scott Pruitt should have been enough to force him out, yet he stayed til now. But better late than never. Good. https://t.co/UKmq7Jjuih

Friends of the Earth (FOE) called Pruitt’s departure a “victory for people and the planet.”

“Scott Pruitt’s corruption and coziness with industry lobbyists finally caught up with him,” said FOE president Erich Pica. “We’re happy that Pruitt can no longer deceive Americans or destroy our environment. This victory belongs to the hundreds of thousands of activists who fought to protect the Environmental Protection Agency from a corrupt crony set on destroying it from the inside…We must work to remove every member of this administration who has abused their power and put polluter profits over people and the planet.”

“Ethics matter,” concluded Rhea Suh, president of the Natural Resources Defense Council (NRDC). “So does a commitment to the EPA’s central mission. Pruitt failed miserably on both counts.”