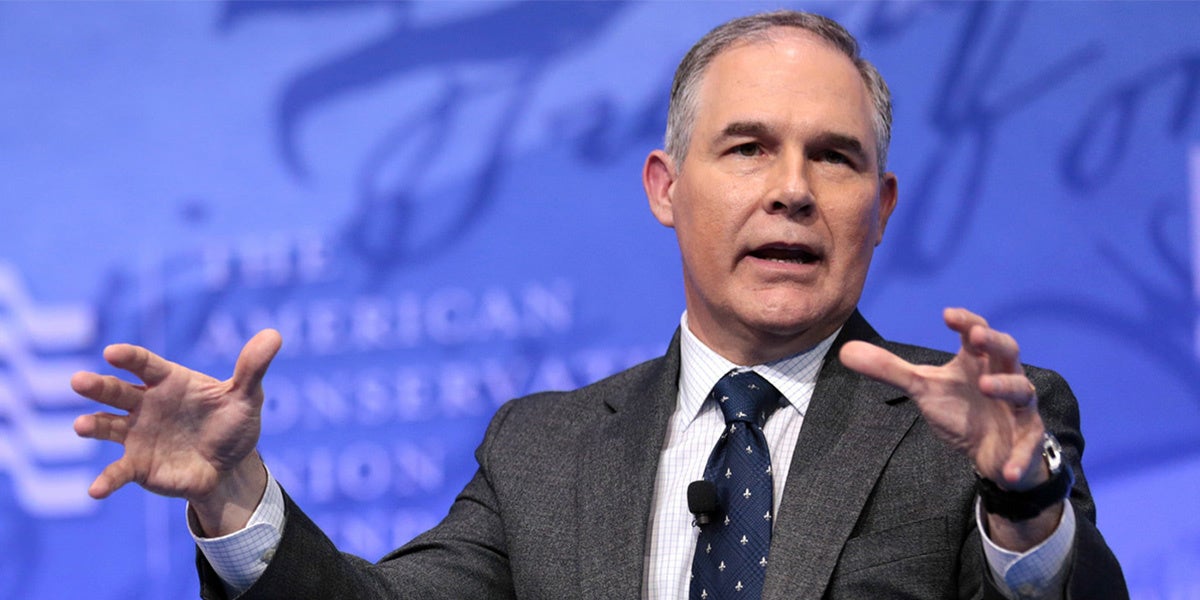 Former U.S. Environmental Protection Agency (EPA) chief Scott Pruitt is in talks with a prominent coal executive about working for him as a consultant, the New York Times and the Washington Post reported Wednesday.

Pruitt met with tycoon Joseph W. Craft III and executives from his company, Alliance Resources, at a Kentucky Coal Association meeting last week, an Alliance executive confirmed. Craft met with Pruitt at least seven times while Pruitt was serving at EPA and also got him courtside tickets to a University of Kentucky basketball game last December. Pruitt is probably hoping that working in an official capacity for the coal industry pays better than acting as a public servant: financial disclosure documents released by the EPA Wednesday show that Pruitt amassed as much as $300,000 in legal fees in 2017 alone.

Pruitt, who is barred under an executive order from engaging in “lobbying activities” related to the EPA for five years, championed several policies that directly affect Craft’s company.

Craft, who along with his wife gave more than $2 million to Trump’s campaign and inauguration, had an unusual degree of access to Pruitt while the former Oklahoma attorney general helmed the EPA.