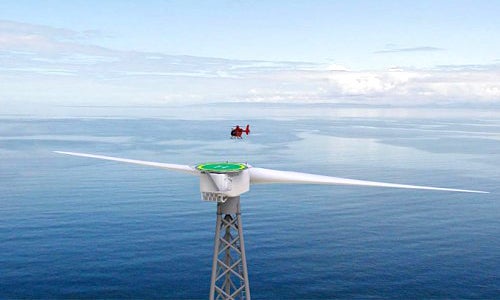 Scotland is on the fast track to using 100 percent renewable energy by 2020.

The country got 40 percent of its power from renewable sources last year—a 24-percent improvement from 2010. To show just how far behind the U.S. is from that mark, Juan Cole skips over a nation-to-nation comparison in favor of pitting the similarly sized State of Arizona against Scotland.

“Arizona gets 9 percent of its electricity from renewables, despite vast solar potential that completely dwarfs that of Scotland,” Cole writes. “Almost all Arizona renewable energy is hydroelectric. About 35 percent of Arizona electricity is from coal, the dirtiest possible source. A similar proportion comes from natural gas, also a big source of carbon dioxide emissions.

“Arizona has a pitiful plan to be at 15 percent renewables by 2025, which is the sort of goal that dooms the earth.” 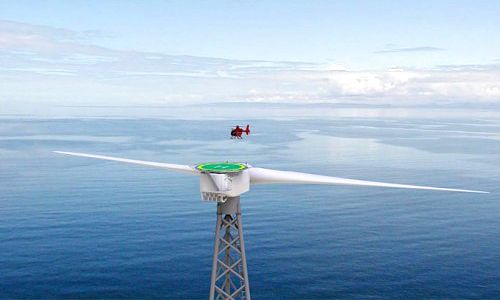 Scotland is on track for 100 percent renewable energy by 2020, far ahead of the U.S. Photo credit: Nova Innovation.

Both Scotland and Arizona have about 5 million residents, but Scotland is moving toward its 100-percent goal with expectations of reaching the halfway point by 2015. Meanwhile, Arizona set a precedent this year by imposing a solar energy surcharge specifically for net metered customers.

Scotland has also decreased its use of nuclear energy from 50 percent to 34 percent in the face of the United Kingdom government’s commitment to building nuclear plants and fracking underground rocks in search of natural gas.

“By the time the last new renewable electric power installations are being put in in Scotland in 2020, it will be crazy to use any other source,” writes Cole. “If the whole world did what Scotland is doing, an enormous climate change catastrophe could be averted.

“Scotland is demonstrating that going completely green rapidly enough to keep global warming to a 2 degrees Centigrade increase is entirely possible. It is a matter of political will, not of technology or expense.”