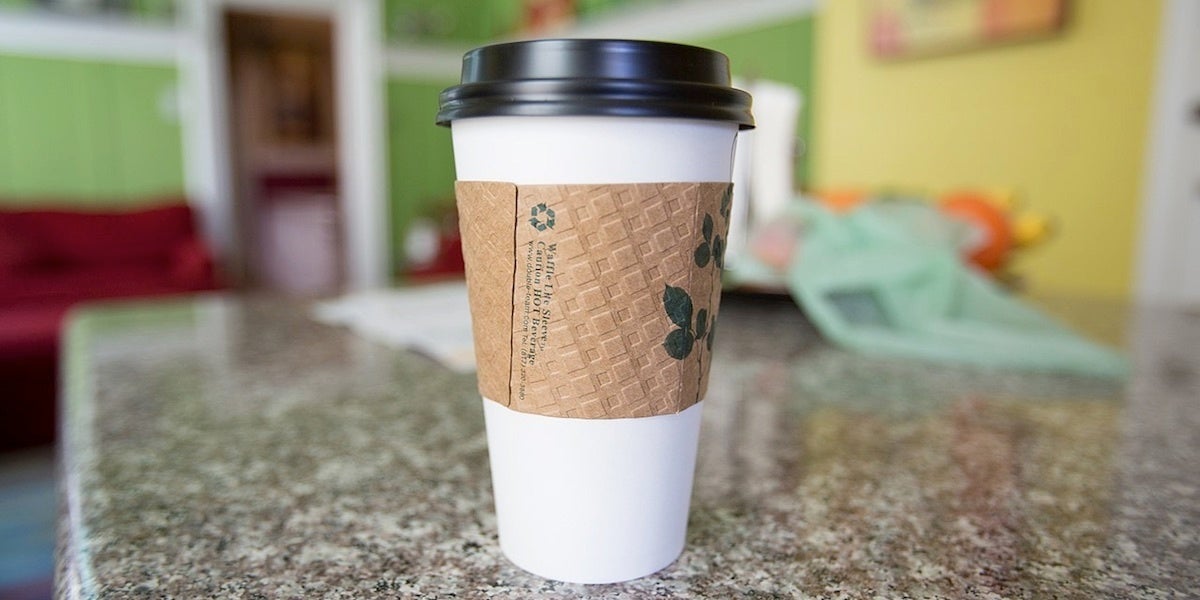 Although the disposable cups are mostly made of paper, the vast majority have an inner
plastic lining that most recycling facilities are unable to separate and process.

“The Scottish government is determined to lead by example when it comes to tackling the scourge of plastic littering our countryside and polluting our
seas,” Cunningham told BBC News.

“By removing single use coffee cups from our main buildings, we will prevent 450,000 cups from being thrown away every year,” she noted. “That’s enough cups to cover the distance between Edinburgh and Dundee.”

The ban will apply to all hot drinks purchased from restaurants and cafes in government buildings, including St. Andrew’s House, Saughton House, Victoria Quay, Atlantic Quay, Marine Lab and Buchanan House. The to-go cups will be replaced with reusable ceramic mugs.

Government staff, which first learned about the changes in May, will also be encouraged to bring in their own mugs.

.@ScotGov leading by example – removing #singleuse coffee cups from our main buildings – preventing 450k cups from being thrown away every year @GreenerScotland pic.twitter.com/l83XUEiQco

Europe is taking aggressive steps to stem the flow of plastic pollution. On Monday, the European Commission
proposed banning the 10 most common single-use plastic products as well as lost and abandoned fishing gear. The European Union’s executive arm targeted the products that are most often found on the continent’s beaches and seas, which together account for 70 percent of its marine litter.

“We are currently considering what other single-use items can be reduced and removed from Scottish government buildings later this year.”

Scotland has emerged as a leader in a range of environmental issues. Last year, a stunning
68.1 percent of the nation’s electricity came from renewable energy, up 26 percent from 2016.

Last week, the Scottish government introduced a new
Climate Change Bill to parliament that will make the country’s existing climate legislation even tougher. The legislation sets a new 90 percent emissions reduction target for 2050, an increase on the current 80 percent level set by the UK-wide Climate Change Act in 2008.