Scientists Warn That You Could Be Inhaling Chemically-Laden Microplastic Particles 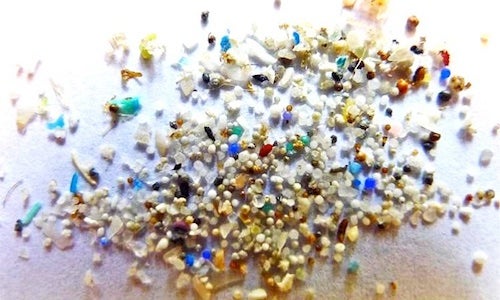 Microplastics, the scourge of beaches, oceans, waterways and aquatic life worldwide, might also be polluting the air we breathe, according to environmental health experts. 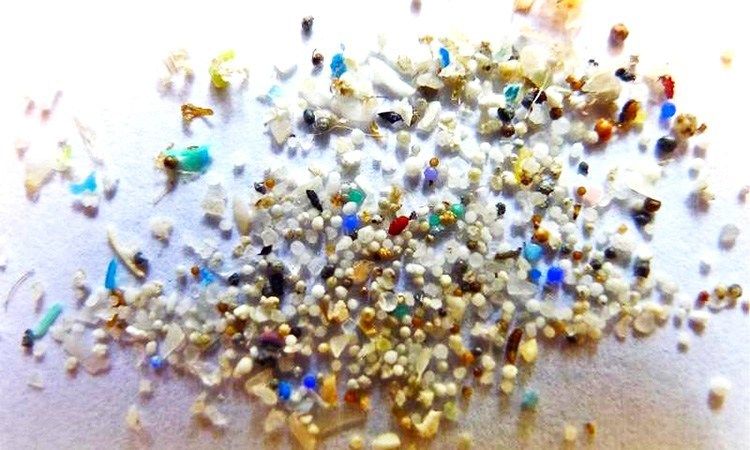 Micro plastic are a concern in oceans and other aquatic habitats, and now, possibly in the air. Photo credit: 5Gyres

The Guardian reported that a research team at King’s College in London is looking into the issue.

“There is a possibility, a real possibility, that some of those microparticles will be entrained into the air, and they will be carried around and we will end up breathing them,” said Frank Kelly, a researcher and professor of environmental health at King’s College, at an evidence session at the House of Commons Environmental Audit Committee (EAC) in the UK.

According to The Guardian, Kelly said the microplastics could enter the air after sewage sludge is spread on fields and dries out. He also cited a French study that had detected the particles in the air.

“This is a horizon-scanning issue but the particles are of a size that they are [breathable], they are increasing in number in our environment and there is a question to be asked,” Kelly added.

Microplastics, or microbeads, are plastic particles with an upper size limit of 5 mm and are found in facial cleansers, toothpastes or disintegrate from larger pieces of plastic or synthetic clothing. These pieces are often too small to be filtered by sewage treatment plants so they get released into bodies of water where they are accidentally consumed by fish, birds or sea mammals.

Marcus Eriksen of the 5 Gyres Institute also wrote that massive clouds of microplastics are emanating from the five subtropical gyres, with an estimated 269,000 tons of plastic from 5.25 trillion particles. Alarmingly, as Eriksen pointed out, about 92 percent of that plastic is microplastic.

The tiny plastic is being eaten by zooplankton, the foundation of the marine food system, meaning it eventually makes it all the way up the ocean food chain. Because humans eat fish and other seafood it can end up in our bodies as well.

“[Microplastics] have the potential to cause physical and chemical harm, as demonstrated by laboratory studies,” Kelly and his colleague Dr. Stephanie Wright said in a written statement. “They now present a human health risk, mainly due to their occurrence in dietary sources.”

We already know microplastics are in the oceans… but are they in our air as well? https://t.co/Hf8GpipS5N

Plastics are known to leach potentially harmful chemicals that could interfere with human hormones. Kelly also noted that the health effects of microplastics are only just being looked at.

“If we breathe them in they could potentially deliver chemicals to the lower parts of our lungs and maybe even across into our circulation, in the same way as we worry about all the other vehicle-related emissions,” he warned.

The Independent reported that some EAC members were taken aback by the news that people might be inhaling plastic particles:

“This sounds like a very serious issue,” [committee member Rebecca Pow] said as some MPs appeared startled by the news, “we’re not laughing about it, we’re laughing hysterically.”

Dr. Erik van Sebille, of the Grantham Institute for Climate Change at Imperial College London, told the EAC that plastic was a “fantastic material and we really wouldn’t want a society without plastic any more,” but added that plastic waste should be reduced to slow its “leakage” into the natural environment.

Dr. van Sebille said that ingested plastic has been found to make up 10 percent of the weight of seabirds.

“We don’t know how harmful this plastic is, but it is likely that just the weight burden on the bird flying around with so much plastic in their stomach is going to have an energy demand on the bird,” he said.

According to the Evening Standard, the Kings College research team said that air quality monitoring methods were being adapted to detect microplastics.

“If we find evidence that indicates microplastics can become airborne we plan to implement monitoring campaigns providing information on exposure levels via inhalation,” they said.

Microbeads are yet to be banned in the U.K. even though two-thirds of the British public think they should be.

Over on our shores, President Obama signed a bill in December that will phase out the manufacturing of products containing microbeads by July 1, 2017, and the sale of such beauty products by July 1, 2018.