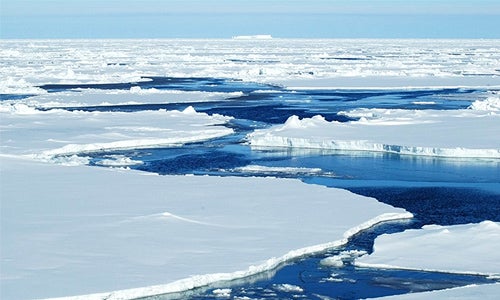 Measurements from satellites and “snow buoys” deployed on sea ice reveal a “certain likeness” between recent conditions in the Arctic and those seen in the run up to the record summer low in 2012. 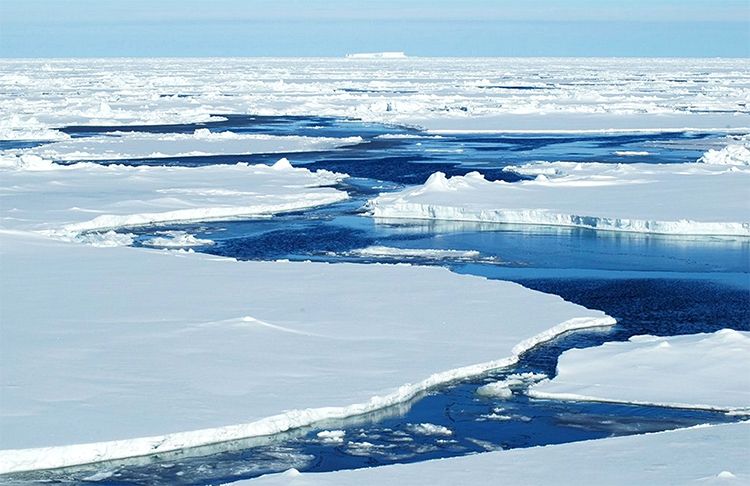 Carbon Brief asked other scientists here at EGU about the likelihood of this year’s summer low setting a new record.

The past winter has been something of a record-breaker for the Arctic.

Unusually warm air temperatures during the winter restricted sea ice growth and saw 2016 bring new record lows for sea ice extent for the months of January and February. This culminated in a winter maximum extent in March that clocked in as the smallest since satellite records began in 1979. 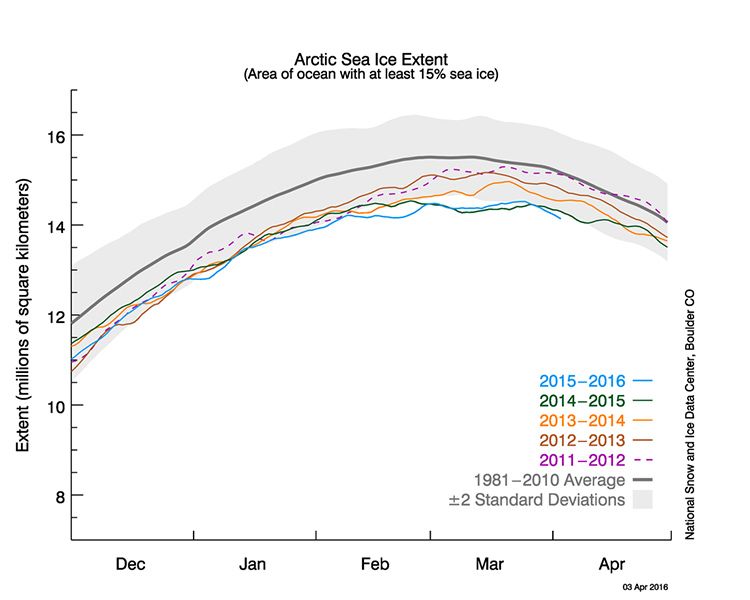 The passing of the winter peak signals the start of the melt season, where sea ice diminishes as temperatures rise through spring and into summer. Sea ice hits its lowest extent sometime in September or October. The record low for the summer minimum currently stands at 3.41m square kilometers, from 2012.

Speaking to Carbon Brief at EGU, Dr. Marcel Nicolaus, a sea ice physicist at the Alfred Wegener Institute for Polar and Marine Research, said the 2016 summer could equal or surpass, this record.

Sea ice conditions over the recent months are similar to those seen before the 2012 record, Nicolaus said. He identifies three main reasons why this year’s summer minimum could rival 2012:

“We did see a stronger melt last summer than usual, so we went into the winter in November with thinner ice than the previous years. We saw, due to the warming, less freezing and less build-up of ice mass [during winter]. And we do see a shift of secure ice towards the northern end of the Fram Strait of the Atlantic Ocean, where it’s very likely to be exported [away from the Arctic and into the North Atlantic] over the course of spring and summer.”

These reasons won’t guarantee a new record, Nicolaus adds, because sea ice melt also depends on the warmth and storminess of spring and summer—but they do boost the odds.

With almost 13,000 scientists at the EGU conference this week, Carbon Brief caught up with a few of them to ask about the prospects for Arctic sea ice for this year and beyond.

https://youtu.be/Uko-s2mbht0
season with much less less ice than we do normally.

“Whether this means we get a record low year later on in September when the ice reaches its minimum depends quite a lot on what the atmosphere does of the next few months—how many storms we get across the Arctic as they will help break up the ice. So, it depends on how many of those we get as to whether this year will be a record or not.”

Even if this summer doesn’t break the 2012 record, it’s only a matter of time before it does get broken, said Dr. Alexandra Jahn, assistant professor at the Institute of Arctic and Alpine Research at the University of Colorado. She tells Carbon Brief:

“As long as we continue to emit greenhouse gases, we will continue to see a decline in Arctic sea ice. So we will eventually see a new record sea ice minimum in September, but it’s very difficult to predict when exactly that will happen.” 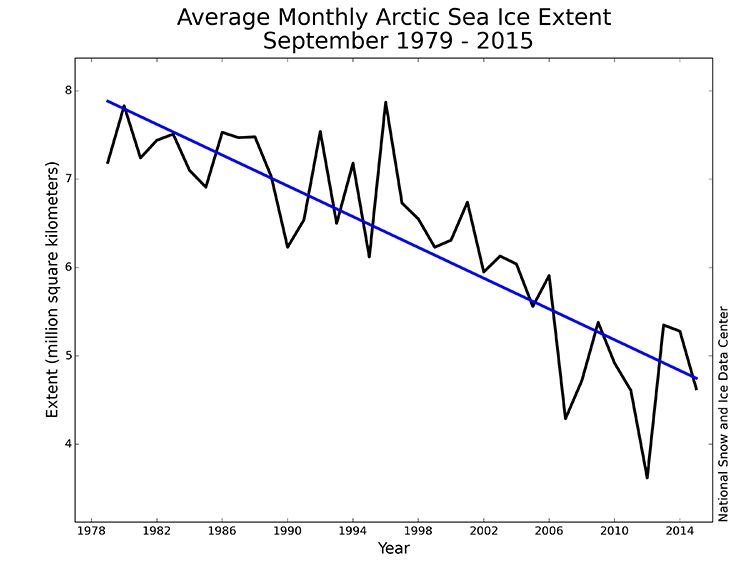 For readers at EGU this week, there are posters on sea ice research on display this evening (5:30 – 7 p.m.) in Hall X3 and talks on polar climate predictability from Hawkins, Jahn and others from 8:30 a.m. tomorrow morning in Room G2.