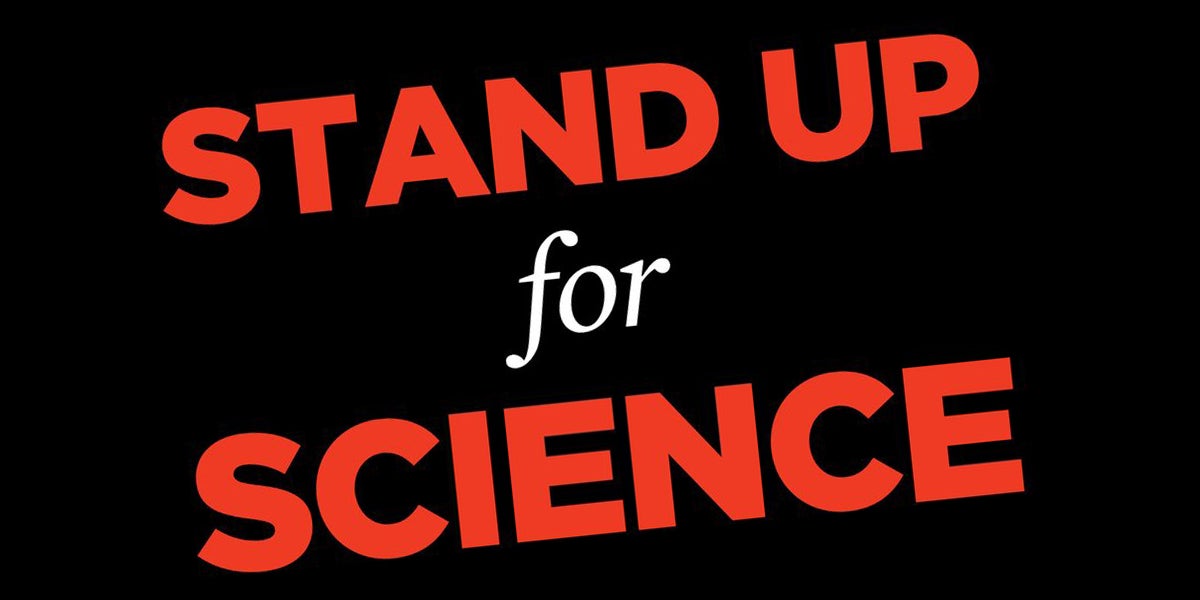 As the Trump administration and the new Congress have gotten down to work, there is a lot of chaos and confusion. But there are a few clear themes:

I don’t think I am being overly alarmist. So what is a scientist to do? Just keep your head down and do your science, hoping this particularly troubling time in our national politics will pass? I hope not and I am not alone.

At the February meeting of the American Association for the Advancement of Science I moderated a town hall meeting on how to respond to this new administration and Congress. The room was packed. So was the overflow into the hall and many others watched online. And there was a lot to talk about, from a new report on Scientific Integrity in government, discussed in a new report led by my colleague Gretchen Goldman, to science in a “post-truth world” an important new essay by panelist Jane Lubchenco. It was not just an incredible panel of thoughtful scientists, but a deeply engaged audience. And everyone spoke to the need for scientists and supporters of science, to be active, engaged and vocal as never before. 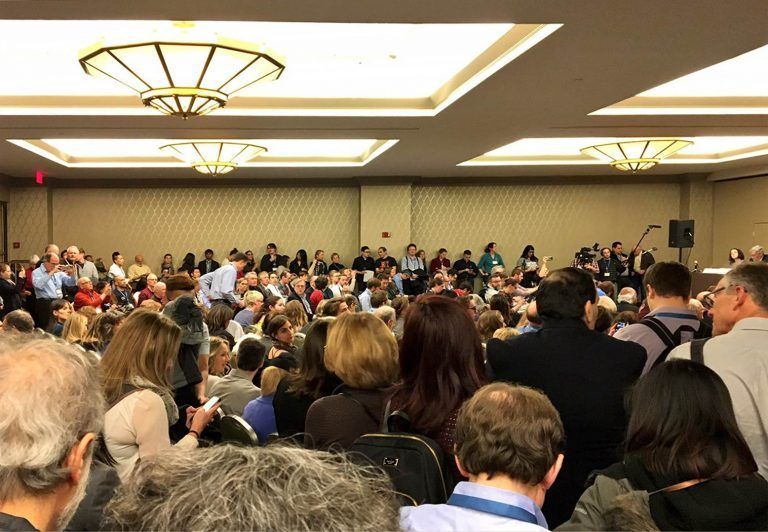 Full house at the Union of Concerned Scientists “Defending Science and Scientific Integrity in the Age of Trump” Town Hall during the Boston American Association for the Advancement of Science meeting.

Five Opportunities to Stand Up for Science

There are many places, right now, for scientists to stand up and be heard. Here are a few that we, at the Union of Concerned Scientists, are working on. Some are as simple as a tweet. Others might take a day or two of your time. And still others are opportunities to make a difference over the next months and years to push back against those who want to shove science out of the way.

1. As a first small step, those most under the gun are our colleagues working in federal agencies. Never before in my memory have federal scientists faced as daunting a set of challenges in doing their work for the benefit of the nation. They need our support. So why not simply tweet your thanks for the scientist, agency or program in the federal government that you know and love?

2. Our federal colleagues are definitely in a tough spot. But they are the ones that best know what is happening inside our government. Is science being censored? Are political appointees manipulating the results? Are scientific integrity policies being ignored? But for federal employees to speak out may be risky. Let your friends and colleagues know there are secure ways to get information out, anonymously. And there are lawyers willing to help those targeted for blowing the whistle. So too are many journalists willing to tell the story and protect their sources under the 1st Amendment.

3. I don’t know about you, but right now I am somewhat obsessively watching the news. And the attacks on science keep coming. We can’t necessarily respond to everything, but it is important to be heard on many issues. It is not okay to replace science with “alternative facts.” It is not ok to give regulated big corporations an ever greater opportunity to manipulate the rules because they have money to spend to buy influence. We need to watchdog these actions and you can help from where you live all across the country. What can you do? Join our watchdog teams. Use our LinkedIn and Twitter groups to keep up with news about attacks on science and ways to take action.

4. Science and science policy is not just in Washington. We know that, but do your neighbors? Speak out in your community, your local paper and to your elected officials. You can be a scientist, but you are still a constituent—one knowledgeable about technical issues. So use your science and your constituency. Help educate and advocate in your state and our watchdog toolkit will help you get started. Here is one attack you can write to your local paper about right now. There will be more to come, with training and teams of people all around the country working together to fight back.

5. For many of us, we want to write and speak to raise our voices. But many also want to march. Getting out in the street with big crowds of our fellow Americans is another way to stand up for science. Many scientists participated in the Women’s March in January. Others went to airports to protest the ban on immigration from majority muslim countries. And in April there are two marches directly calling for scientists. On April 22 participate in the March for Science. There will be training opportunities, such as how to connect with your legislators to defend science, before and after the march itself. And, on April 29 is the People’s Climate March. Why not get your steps in and do both? The whole week between the 22 and the 29 will be a week of action in DC with many groups from all around the country participating.

We are long past the point where scientists can sit back and watch the pitch go by.

In the wise words of my friend Jane Lubchenco, “It is no longer sufficient for scientists in academia, government, nongovernmental organizations or industry to conduct business as usual. Today’s challenges demand an all-hands-on-deck approach wherein scientists serve society in a fashion that responds to societal needs and is embedded in everyday lives. Humility, transparency and respect must characterize our interactions.”

Stand up for science.

Andrew Rosenberg is the director of the Union of Concerned Scientists Center for Science and Democracy.