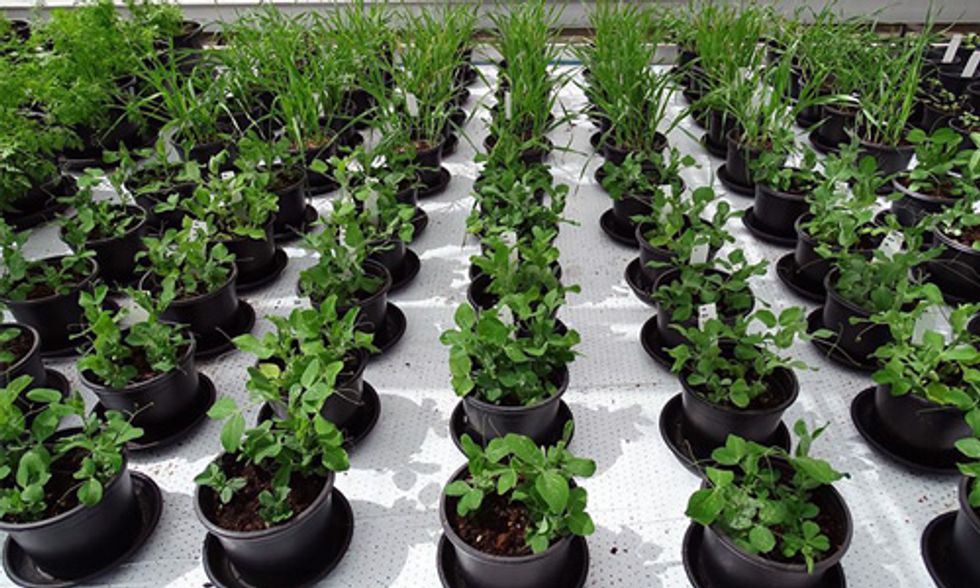 Scientists are bringing life on Mars closer and closer to reality by growing edible plants in soil similar to that of the red planet.

Researchers at Wageningen University in the Netherlands successfully grew 10 crops of which four so far have been tested and claimed edible, according to a Mars One statement. Radishes, peas, rye and tomatoes grown in Mars-like soil were deemed safe for human consumption.

"These remarkable results are very promising," senior ecologist Wieger Wamelink said. “We can actually eat the radishes, peas, rye, and tomatoes and I am very curious what they will taste like."

Scientists at Wageningen University have experimented with growing crops on Mars- and Moon-like soil simulants, developed by the National Aeronautics and Space Administration, since 2013.

The first round of experiments proved that plants could in fact be grown in the soil. Scientists then needed to test if the plants produced in the soil simulants would be edible.

"Mars One is very proud to support this important research," Bas Lansdorp, CEO and co-founder of Mars One, said. "Growing food locally is especially important to our mission of permanent settlement, as we have to ensure sustainable food production on Mars."

Wamelink and team's research is being funded by a crowdfunding campaign, which run until the end of August. So far, the project has raised 12,745 euros out of a goal of 25,000. The remaining money will fund the testing of the other six crops, including potatoes.

"It's important to test as many crops as possible, to make sure that settlers on Mars have access to a broad variety of different food sources," Wamelink said.

Watch Wamelink talk about the experiments in more depth in this video: