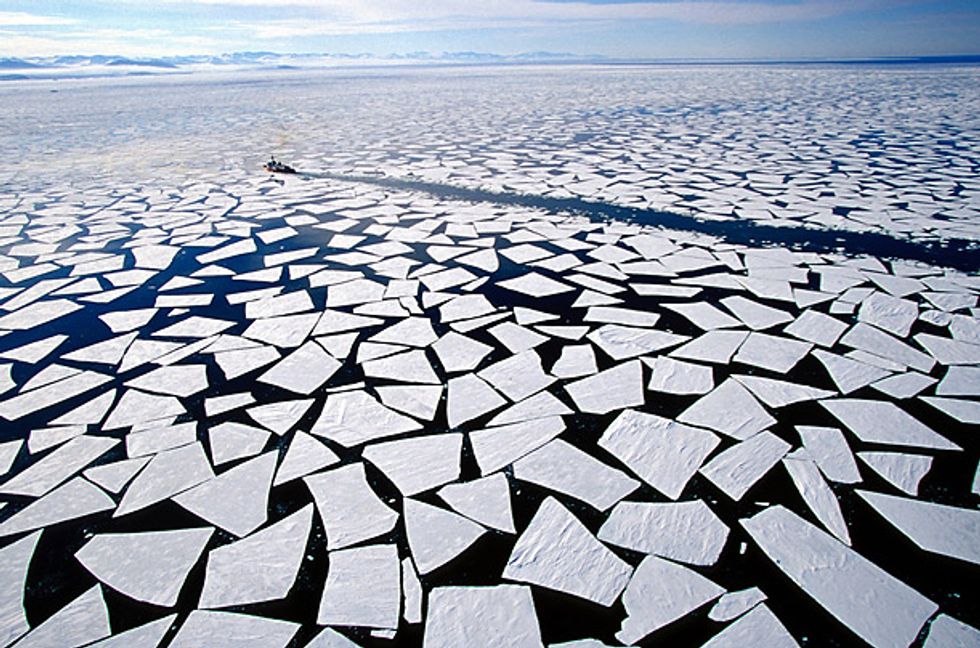 Scientists have drilled 364 metres into ice to complete the first ever comprehensive temperature record of the Antarctic Peninsula—and they’ve found evidence of “very unusual” and dramatic warming over the last century.

New research released today has explained the extent of warming in Antarctic Peninsula, painting a picture of a future of rapid warming and melting ice. The research showed that the Peninsula has seen a rapid warming over the past 100 years, but that this has also come on top 600 years of more gradual, natural warming in the region.

The research was conducted by an international team of climate scientists, including Dr. Nerilie Abram from the Australian National University. The team drilled a 364 metre long ice core spanning thousands of years on James Ross Island. Ice cores show scientists the incremental buildup of the annual layers of snow, providing a time-capsule that shows the climate record over the age of the core. James Ross Island is adjacent to the Larsen A & B and Prince Gustav ice shelves on the Antarctic Peninsula, which have both seen large collapses recently.

This warming comes on top of 600 years of previous natural warming found in the ice core. The leader of the research expedition, Dr Robert Mulvaney from the British Antarctic Survey, said: "The exceptionally fast warming over the last 100 years came on top of a slower natural climate warming that began around 600 years ago—well before the industrial revolution—so it is possible that we are now seeing the combination of natural and man-made warming in this area.”

What this means is that climate change is adding significant extra pressure to the Antarctic Peninsula ice sheets that were already seeing some strain from the natural warming in the region. Dr. Abram says this could potentially have a huge impact in other parts of the continent in the future. "Our ice core record, which spans over thousands of years shows that there is a very close link between ice shelf stability and temperature. So if warming continues we can expect that ice shelves will become less stable,” she said.

Dr. Abram says this could have a big impact in the parts of Antarctica that lie to the south and west of the Antarctic Peninsula. These areas have seen more modest warming over the past 100 years, but that that is beginning to change.

“The ice shelves along the west coast are showing signs of becoming less stable, but we haven’t seen the big collapses that we’ve seen on the Antarctic Peninsula so far,” she said. “The big concern about that area is that it is where the West Antarctic ice sheet is. The amount of ice being lost there is accelerating and this is contributing to global sea level rise.”

It paints a worrying picture, according to Abram: “The main finding of our research is that warming as fast as this is very unusual. We should be very concerned about that.”